How Much Pocket Money Should You be Giving Your Children? 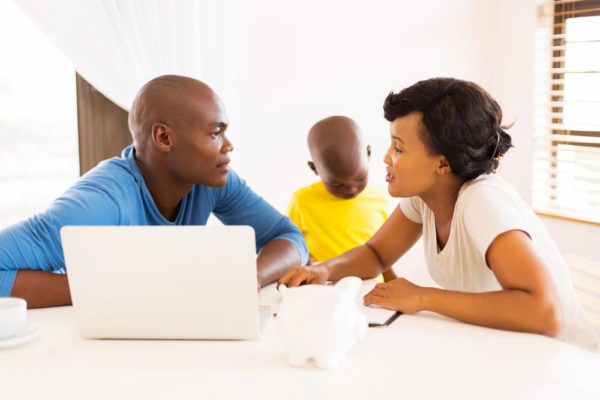 A few days ago, while waiting to be ushered into the viewing room for the movie “Baby Driver” (which is one of the best movies I have seen this year by the way), I was forced to eavesdrop on a conversation between two middle-aged mothers. Judging by the way they were dressed and the way they spoke, they seemed to be well-to-do and sounded like they were enlightened. Lady A complained about the frustrating spending habit of her 9-year-old. She started giving him a pocket money of N10,000 per month at the age of 6 with the added option of earning extra if he helped which house chores, which he never did (he still collected money for some things from her). Then she increased it to N20,000 when he was 8, but it did not solve the problem either as he never saved and most times always blew up his pocket money a week after it is given on “crap” he buys at school, despite his lunch card which should pay for a N1,000 worth of lunch on weekdays. “I feel like it doesn’t matter how much pocket money I give, he will always come for more and the worst part is I can’t stifle the maternal instinct to provide for my child…my wallet just seems to fall open accidentally any time he asks and I think he knows this now” she had said before Lady B cut in. Lady B seemed to be a firmer parent as she has been initially appalled at the amount of money Lady A gave as pocket money. “N20, 000 to a 9-year-old! That is almost half of my cleaner’s wage!” she had initially cut in.

Lady A went on to insist that Lady B take out the monthly pocket money option and insist on an earn-as-you-go system where the son only earns pocket money per house chores completed such as helping to tidy the house, doing laundry, and taking out the rubbish, with occasional treats for good behavior or good grades. She insisted she also they always controls what their children spend their pocket money on and the method had worked for her and has made her children very good at managing money and being financially responsible.

Being a single lady yet to have children, one would wonder why I found this conversation ( which I originally should not have been privy to) fascinating. As a child, I started receiving a very paltry sum for pocket money as early as age 6, but was encouraged to save every single dime as I was provided with every other thing I needed really. Pocket money really was special saving for a specific game or toy, Christmas/birthday gifts for siblings and extended family members and special outings with friends. By the age of 12, rewards for good behavior, completing chores, finishing meals and eating food I did not necessarily like, speaking my local dialect to family instead of English language, and siding with my father in a fight with my mom, earned me a few extras which I mostly saved anyway as well. It earned me a measure of independence: I could take a taxi and visit my friends without necessarily having to wait for when the driver will be free, buy some snacks when I wasn’t in the mood to eat bean. It instilled in me, a strong sense of the value of money. Looking back, I believe that being forced to set aside even just a small amount each week back then, helped me develop a strong saving habit, as well as gaining long-term financial planning skills -which have served me quite well in adulthood.

Pocket money is a great training tool in money management and it is one of the first ways children, not just learn the basics of handling money, but also the consequences of losing money or giving money away. For instance: they have to make choices about spending or saving it. If they decide to save up, they have to learn about waiting for things they want. If they spend it, especially on things that do not matter, they learn the pain of losing money and being broke. Giving pocket money to children, however, can be a huge concern for most parents, as there are so many issues to address and questions to ask: At what age should it start? Where are the clearly defined amounts based on age and responsibility? Should it be tied to chores or jobs or given as a reward? Should the parent control how much of it the child saves and what he/she spends it on?

The thing with giving pocket money to children is that there are no certified rules. What works for one family may not work for another, and what works for one child may not work for another child. Children, just like adults, have different inclinations when it comes to money and so they handle it separately. How much pocket money you give, when you give it, and whether you give it at all, should depend on your family circumstances/budget and values, as well as what the child is expected to buy with the pocket money. Whatever you decide should be a meaningful sum that reflects the modern-day cost of buying things.

You know a child is ready to start managing some pocket money if: she can actually count money, she understands that it is important to save it and not spend it all, and she realizes that spending all the money today means there is no more until the next payment. Basically, as long as the child has a clear understanding of how much they will get, and how often it comes, they can start learning how to use the money well. There really isn’t a magic number, nor are there hard and fast rules about it all.

Aanu Ayoleke: Why We Need to Desperately Take Care of Waste Management

Debby Osa: One Negative Incident Should Not Cripple Your Dreams