Debby Osa: One Negative Incident Should Not Cripple Your Dreams 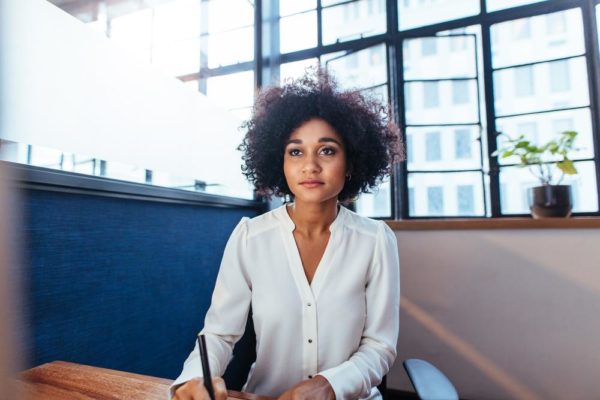 It just takes one negative occurrence, and a person’s life can change forever – rape; heartbreak; an affair; an accident; illness, or a mail.

Life, from then on, is viewed through the lenses of that incident. Much worse, no matter how the individual tries, the individual’s self-perception is negatively tainted.

For some people, it might not be an emotional or physical situation. It might be a career incidence that damages the way they view their capabilities.

Some time ago, I left a job I had been at for two years mentally, emotionally and psychologically depleted. It was a job I hated with a passion and was unsuitable for, but I stayed on. I wrote about the reasons why in Focus And The Budding Entrepreneur. In addition to these reasons, I wanted to prove I could do a job I loathed. I believed you could learn something from every job, and if you were not getting the desired results, you were not putting in enough effort. I believed (and I still believe) that you should: Try harder. Get better. Improve. Grow. Expand. Build your capacity etc.

Well, I tried all these – and more – but it didn’t work. I just wasn’t suited for the job, its processes and the atmosphere.

I began the job with about 90% self-esteem. It was gradual, but by the time I was leaving two years later, I had -90% in myself, my capabilities and everything about me. I felt like a huge failure. It coloured everything about the way I perceived myself, other opportunities, and professional relationships. I constantly compared myself with others. I used to be outspoken and outgoing, but I became withdrawn professionally, and felt everyone around me was much better. I stopped sharing professional ideas and I started to stammer – yes, stammer! – when I was in corporate meetings.

I was that badly affected.

Then one day, I was discussing with a friend about something totally unrelated, when something began to nudge at my subconscious. I started mentally going back to every job I had ever had: In Education. Client Service. Sales and Marketing. Consulting. Branding and Advertising. They were quite a bit.

It was then a realization hit me like a ton of bricks! At every single one of these jobs, I had excelled. EVERY SINGLE ONE. I had gotten awards, recommendations, and promotions, and NONE of them had wanted me to leave. They ALL had tried to convince me to stay…and it wasn’t because there were no applicants ready to fill these roles.

Here I was, believing I was a huge failure because of ONE – just ONE – experience.

That was my turning point.

I mentally and psychologically got up, dusted myself, raised my head high and flexed my shoulders. I was ready to take on the world. Never again would I allow one ‘failed’ experience negatively colour my view of life.

I wanted to make this article just about our careers, but I decided to expand it to include both our personal and professional lives.

In your relationships/career/business, give all you can, be all you can and do all you can. But if you don’t get the desired result, have it at the back of your mind that ONE experience – or ONE person’s opinion – is not necessarily the truth about you.

One way to know if you are in danger of allowing a single experience – or person – negatively affect you is to be as neutral as possible. As sincerely as possible, and without allowing your emotions cloud your objectivity, ask yourself, “Is this negative feedback I’m getting consistent with other feedbacks I’ve been getting in this area of my life, or is this a one-time/one-situation feedback?”

If your answer is A, you need to do some major change in your relationship/career/business attitude. Seriously. You are the only constant factor in these varied situations – every other person cannot be wrong. You need to work on that(those) area(s) of your life.

However, if B is the case, objectively analyze why you got the results you did. It might simply have been that you were not suitable for that person, job or environment – or vice versa. Whatever the reason(s) might be, glean all you can from the experience, determine that the situation will not repeat itself – and then move on.

Too many people have allowed one negative experience – or one voice – permanently cripple and transform them into mere shadows of their awesome selves.

Don’t be a statistic. Don’t allow that happen to you.