Peculiar Okafor: Why You are Hurt By Fake Friends 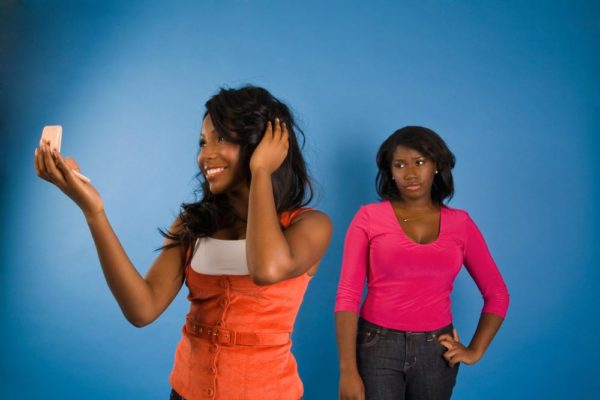 The person became a friend too fast
You meet someone and in two hours decide you’re best friends? My dear, good things take time.

The friendship is based on a shallow or negative bond
Did you guys become friends because your boyfriends are close or you’re the happening crew? While these are good things, there has to be deeper bonds to a friendship. You have to know that you can show up rolled in mud and they’d hold your hand.
Did you guys become friends because you gossiped together or are bullies/trolls,etc? There is no honor among thieves. I had a friend who gossiped about a mutual friend of ours the very day we hung out together. She told me ‘I prefer your type of people because you are well trained; not like x that is a user’. I made a mental note that day to keep her at arm’s length. Three years down the line, I was the subject of her gossip with that same X that she said didn’t have home training. She knew nothing about me, so she had to make up a theory in her head that I was jealous of her.

This person uses others
Some people do not have the ability to make friends, they just use and manipulate people. Make friends with that person at your own peril.

There is silent competition
If we are honest with ourselves, we know when a little competition is brewing, that’s the time to create some distance and love from afar, so that you and the person don’t hurt each other.

You are a user/troll/queen bee
Some of us, especially those with esteem issues, put others down and create some sort of clique. What then happens is that for others to survive socially, they pretend to be your friend and care about you. When you put them down, they laugh about it, even though they are hurt. They do anything to be in your good books. The challenge with being this kind of person is that strong, emotionally healthy people see through you and want nothing to do with you. They stay out of your way, thus you attract your type, or weak and shallow people. The day you need help, you realise that all your friends are  gone; they were never your friends. They simply needed to survive. In fact, some of them might kick you when you are down.

You are not emotionally healthy
When you are healthy, you can see through negativity; if you don’t do that early, you can’t walk away. Authenticity is not being afraid to walk alone.

You don’t understand seasons
Life comes in seasons and you must also be ready to embrace it. If the time set for a friendship has elapsed and you force it, hurt begins to set in.

You don’t appreciate independence and forgiveness
Your friend is not an extension of you. When you over involve yourself in your friends’ lives, they could hurt you in a bid to regain their independence. Forgiveness is also important. Peter was a friend of Jesus who denied him, because he was afraid. We need to allow our friends be themselves, accept their shortcomings and forgive honest mistakes.

They were never your friends
I’m not saying they were fake friends, I’m saying they never even considered you a friend. They were just being polite. Most people know what they want, and decide if they want to be friends with you. Sometimes, someone views us as a colleagues/neighbours, and we view them as best friends; that’s where the hurt comes.

Life happens
Actually sh**t happens. While we try to protect ourselves, life still happens even to the wisest of us.
Remember, he that must have friends, must himself be a friend. If you get hurt, learn, forgive yourself and move on.

Debbie Larry- Izamoje: Do You Know The Power Of Your Vision?

Love Yourself, then Spread it