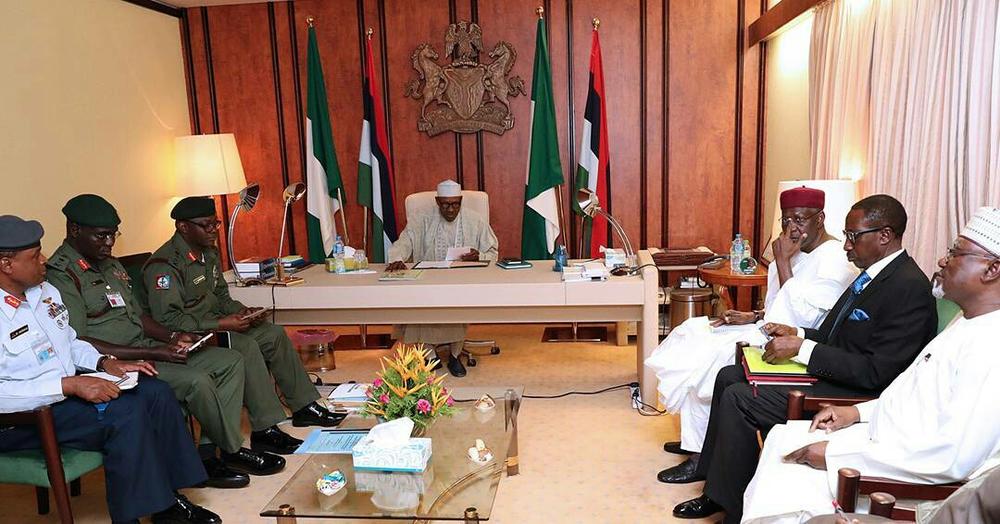 President Muhammadu Buhari has directed security agencies to safeguard the lives and property of all citizens and secure the nation’s borders from aggressors, the Chief of Defence Staff, Gen. Gabriel Olonisakin has said.

Olonisakin disclosed this to State House correspondents shortly after President Buhari met behind closed doors with members of the National Security Council in the Presidential Villa, Abuja on Tuesday.

Olonisakin assured that the military will enhance operations in line with the President’s directive on securing the nation.

“We are going to enhance our operations in all the areas that we need to do that.

“Like I said, he has given the necessary directives which will be carried out by the military and the security agencies.

“He also directed that we must ensure that the life and property of the citizens are protected and we must make sure that we secure the whole nation and also that troops that are outside carry out their jobs effectively,’’ Olonisakin stated.

Olonisakin revealed that the President reiterated his stance on the continued survival of Nigeria as one geo-political entity.

He said Buhari was also updated on all security issues within and around the country.

“We have been meeting with Mr President for the last three hours.

“We updated him on all security issues around the country, within the country and outside the country where our troops are (operating).

“He has been receiving regular briefings from the acting president and he has been going through the print media and electronic media to follow the happenings in the country,’’ he added.