Mrs Audu, 33, gave birth to her first child at the Asokoro General Hospital. She was ecstatic and could not wait to take her newborn home but her joy was short-lived.

“We’ve been asked to stay here until we can pay”, looking at her newborn, she said, feigning indifference.

“I need Nigerians to help me out”, she said into the voice recorder and looked resigned again. Audu is a low-grade civil servant in the nation’s capital.

Mrs Audu is one of many new mothers under detention in Nigerian hospitals as a result of inability to settle their medical bills. Her case was quite serious. She suffered postpartum hemorrhage and had received two pints of blood shortly after giving birth.

Up the aisle to the maternity ward of the Asokoro Hospital, a stretch of pregnant women are seen groaning under labour pains and awaiting available beds for delivery.  “All the beds have been occupied in this hospital, the women queue until there’s a bed space available”, a matron who asked to remain anonymous told me.

“As soon as you birth your baby, you are discharged to go home, we need space for others”, the matron added.

The non-implementation of the 2014 National Health Act is a major drawback and reason for the collapse of health facilities, which have turned into trauma centers for most pregnant women. The Act mandates a 1% contribution by the Federal Government from the Consolidated Revenue Fund that will help guarantee a basic minimum health package, which includes free health coverage for pregnant women and children less than 5 years.

A coalition of about 30 civil society organisations and the ONE Campaign, in an open letter to Nigeria’s president, Muhammadu Buhari called for more investment in the healthcare sector in Nigeria.

“There is an urgent need to make a quantum leap investment into the health sector in the 2018 budget to at least 7.5% of the national budget and demonstrate good faith in implementing the 1% Consolidated Revenue Fund towards the Basic Health Care Provision Fund (BHCPF), as stipulated by the National Health Act 2014.”

Nana Aisha, 34, would be spending her third night at Asher hospital, where she was delivered of twin babies. The hospital, which was situated in Kubwa Abuja, the largest satellite town in Nigeria, and under Bwari Area Council in Abuja has an emergency ward, a maternity ward and a small pharmacy unit.

She is being held against her will, due to her inability to pay after a cesarean section arising from complications. She has been abandoned, and yet to hear from her husband – since he pledged to return to make payments.

Nana Aisha eventually got bailed through the contributions of a female empowerment group, called Ejilogwu Women Association. She had ceased to become a member of that group, four months before the incident, due to her inability to keep up with the required monthly contributions.

Hajiya Jummai who runs the women empowerment group, bailed Nana through a micro-finance model where women contribute on a monthly basis to help each other finance their individual businesses or problems.

“We see a lot of this type of situations, that is why we organized ourselves to help each other. We raise money for naming ceremonies, burials and other problems that women face”

The hospital was charging her for the equipment used during her treatment such as bandages, bed-space, hand-gloves and gown. The total amount reached N16,000 (less than $50). The doctor had instructed the gateman and the night nurse on duty not to let her out of the hospital. Nana realized this when she tried to escape.

“We heard that she was detained and her husband had run away because he could not pay the four-thousand-naira hospital bill after her delivery, so we gathered money that afternoon and went to bail her.”

At the Gwagwalada specialist hospital, a government owned facility, I spoke to Ifeanyi Anih, a medical intern who told me that the hospital management has created a deferral scheme.

“We handle all female genital tract issues, and there are a lot of cases where women come in pregnant and require surgery. We have a system that allows them do it on credit to enable them pay afterwards, but the more prevalent case is that they don’t return so we turn it into a bad debt. The finance department actually raises some money as a provision for this.” 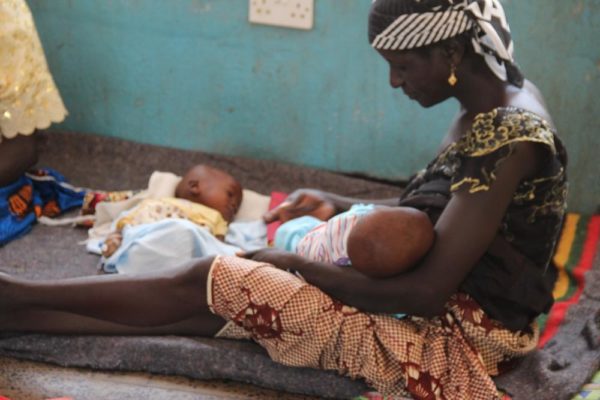 This is not the same for private hospitals. Folake Animashaun (real name withheld) who works at one of the private clinics tells me that sometimes they gauge the patient before treatment.

“When we give the patient the cost of the treatment, and we realize the patient cannot pay, we don’t treat them. Sometimes you can tell by their body language, the way they begin to look at each other or complain. In cases like this, we just refer them to a general hospital. Sometimes it’s a critical emergency, we pad the patient, give them pain-killers and wait for them to leave. It’s easier to bear a cost of roughly N2,000 free medications than to conduct a N150,000 surgery and not get the money back.”

Ifeanyi explained to me that the most prevalent cases are pregnant women with complications, who have been turned away by the privately owned health centres.

“The largest cases we face here are mostly obstructions during pregnancy. Like when the baby is in the wrong position. We asked them if they can pay for it and they started looking at themselves. The challenge here is that you really can’t treat them for free. There is a framework that comes from the Ministry of health which serves as a guideline for billing patients, and a surgery like that costs about N85,000. Private hospitals collect almost three times that rate.

“The private clinics don’t handle patients who cannot pay. In one case we faced here, they went as far as padding the bleeding woman, gave her one pint of blood and waited for her to leave. She still came here, and yet had no money.”

Nigeria has one of the worst health coverage indicators in the world with less than four percent of the population insured. A far cry from countries like Rwanda where only about 4% are not insured.

Currently, health insurance covers a number of government workers and big private sector organisations. Hospitals charge the people in this category only 10% of the cost of treatment, but the larger population of Nigeria are denied this benefit.

On a daily, Nigerian mothers are detained all over the country; the situation poses a grave threat to the country’s ambitions to achieve universal health coverage (UCH) by 2030, a key aspect of the United Nations Sustainable Development Goals.

According to the terms of UCH, access to safe, quality and essential, affordable health-care services including medicines and vaccines should be available for all.

While Nigeria’s President Buhari enjoys medical treatment abroad, Nigerian government hospitals remain detention facilities for new mothers across the country. The irony is that, it has become common to see high-ranking public officials bail out detained mothers in what is pitched to the public, as an act of compassion. 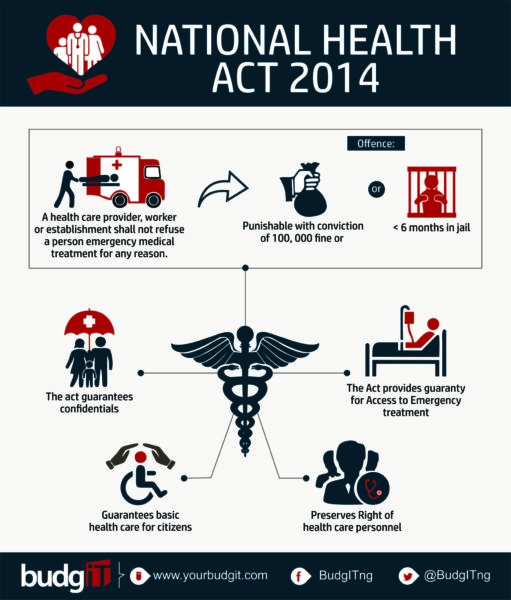 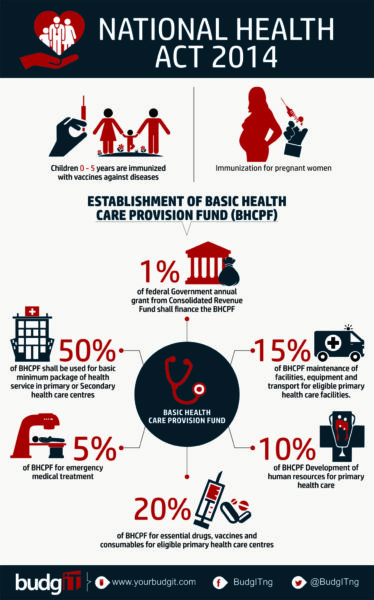 As the class divide deepens, public hospitals have become exclusive preserve of the Nigerian middle class while the rich turn to medical facilities abroad. The poor have nowhere to run. The inability of government to provide free maternal services contribute to the grave maternal mortality indicators in Nigeria as pregnant women seek unorthodox medical options or stay at home leading to major complications and death when they eventually make it to the hospitals.

Audu and Aisha consider themselves lucky to be alive in debt as other women in similar situations are never admitted. Most of them die from complications trying to birth their babies.

***
This article was written as part of the 2017 BudgIT Media Fellowship.

#LiterallyWhatsHot: Savoring the Emotional Roller-Coaster that is Christtie Jay’s “At War With Love”