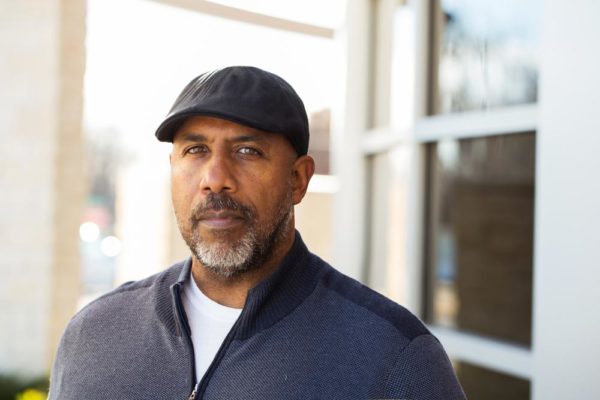 I saw this under the sun.

Papa is in his late 90s, stooped and grovelled. Papa has flaming white hair, scattered around the roundness of his head, gleaming dimly beneath the stare of the silvery half moon. Papa’s skin is shrivelled, hanging loosely from his bones. It is obvious; when Papa bends, his skin sags sadly, falling forward, wrinkles wormed all over him, like a poorly drawn artwork. He is lonely, or maybe he isn’t – he has this emptiness that fills him, that keeps him company. This emptiness quenches his thirst and hunger, filling the deep hollow in his throat. It is not only emptiness, it is sadness, pain, uncertain hope, guilt, regret.

Uncertain hope I can explain: it is when you are falling from a skyscraper and you eventually hold on to a feeble twine to stop your bones from becoming fossils when you fall from this great height, to the callously grinning ground that is ready to crush your being. The twine is breaking, its flesh slowly stripping from its bones – it is loosening.

Guilt and regret I shall explain to you later.

Aside from emptiness, Papa has other people to keep him company. He has his fellow nonagenarians. They find solace in themselves, retelling the tales of war with their lips twitching frequently, as though they want to cry. They have said it a thousand times, but they are saying it again. They are also singing songs of sorrow, writing their books of lamentation, they are tilling the barren floor – already blackened with gun powder and bombs. They are in search of fish, but then they remember that the fish have long gotten drowned in crude oil – their bodies had become limp and lifeless when they had swum in water mixed with black oil.

I do not know if the oil was actually black, but my imaginations tell me so. The fishermen have been left jobless, they had cried to Papa then, their own bones had stuck out of their skin and their wives breasts have dried up – leaving no milk for the infants to suckle.

But Papa didn’t know. I couldn’t even blame him then, because there was no way he could have known, especially when he didn’t want to know. He sat at the topmost rock, in a house made with gold. His fish and toothpicks were imported and he thrived on blackened oil. He stored notes in his big belly and stored his children in another man’s land.

One day my own Papa said to me, it will get better.

This was the period when I told him that in 23 years, our so valued oil might not be so valued. It was the time some cattle rearers had begun to believe they were gods because they had their master sitting on the throne. It was also the period of time some fools were clamouring for a nation, threatening fire and brimstone.

I used to watch them through my telescope – they reminded me of a group of market women who fought for a separate market space and then still fought among themselves as to who would get the choicest space. One thing I have come to realise is that, people are so power drunk and greedy that even when you think you are both fighting for the same cause, you would later be shocked that each man is only fighting to make his already big belly overgrown. It is the same way with those who had no shoes or come from farms or prisons to sit on rocks – they wanted to bloat their bellies.

So when my own Papa said it will soon be well, when he told me that the land would blossom again like the good old days, I laughed and told him it was a lie my Papa-papa-papa told my Papa-papa and the same lie my Papa-papa told my own Papa and the same lie my own Papa wants to tell me. It is a lie I wouldn’t tell myself, neither will I pass it on to my kids. It is not that I do not believe, it is only that I do not want to place my hope in it, lest they should be trampled. I have said it that I shall strive to make my self better and wealthy and famous and all of that. I shall pull as many as I can, up with me. I shall make a name for myself, but I shall not wait for this tree to bear me fruits… even though I sincerely wish it could give me hope.

And I saw this again under the sun.

That when Papa kept ignoring his children, they found solace elsewhere. They travelled deep into the rain forests and found trees with delicious edible fruits. They found brooks with clean water. They found palm trees and they found meat. They hunted down bush meats and roasted them by the fireplace, warmth spread round their limbs and they had a relaxed mind, while they fed off the meat and drank from their guards of wine. They hunted down wolves and made fur off them. They covered their nakedness, found sticks and made shelter. They slept in peace and warmth and they fed. You see, it isn’t that they were so rich, no they weren’t. But they were content; that’s the word…and the other land gave them hope.

I saw this again.

When fools insisted on another land and they were denied, they lost decorum and they took it with gun powder and bullets. They were maddened beyond reason and they spilled blood. They had thought that their fellow men would dance to the music of war; the truth is they had danced the first dance, but when it was time to go to war, they had fled with their tails ‘tween their legs.

And so history had repeated itself; they were massacred like chickens attacked by bird flu. Men were struck- their heads bouncing seven times before it finally slept on the soaked ground. The rivers were turned red and the clouds were blackened with fumes.

The youth all escaped. They left behind a city of ruins and desolation, a nation of fallen men, widowed women died wailing, children wandered aimlessly, the old were left behind. Vultures feasted merrily.

Songs of war are easily chanted, the music easily danced to, but the guns are heavy and the aftermath bloody.

So when Papa and his fellow old men sat round the table eating dust and specks, they each remembered they were once in high places, sitting on the topmost rock.
They also remembered they had filled their pouches with coins but they had been too daft to look into the future. They had forgotten to do good. They had forgotten that karma is a bitch that always comes back to haunt, and no matter what evil you do today, tomorrow has a way of paying you back. They remembered it… only when they were on their sick beds – dying mysteriously and gruesomely – like that woman who stole too much of our money and has too much of our properties in her name.

Let me explain the uncertain hope of Papa again: it is that one day his children would come back to build the nation and make it stronger and better than it ever was.

I saw all these beneath my lids – while they were shut in peaceful sleep.

Who said there was a country?

Tunji Andrews: Dear Entrepreneur, This Too Shall Pass

The Real Reason Your Eyes Are Twitching