Here are Some Things About Parents that Totally Gross You Out 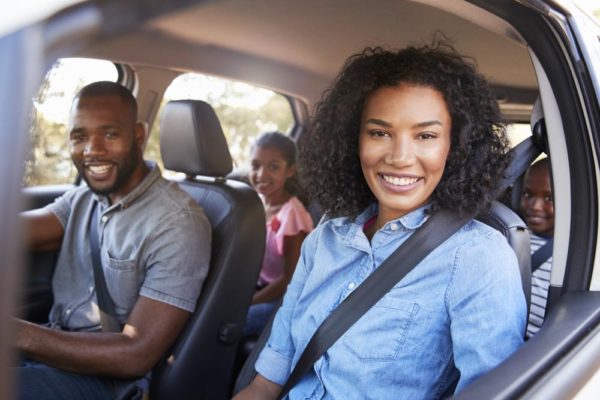 What would life be without parents? They are the first superheroes we know: they bring us to life, feed us, clothes us, introduce us to culture and tradition…basically they provide for our every need and love as while they are at it. Of course, we absolutely adore them at first – we believe they can do no wrong. And even when they discipline us, we know it is for our good, so we seek comfort from them as well. We respect them and go with their judgment because…we are very sure they know it all.

But time really does change everything. We start to grow up and all realize that our parents are every bit as human as we are. They are not perfect, and more so, their real purpose for having us is to experiment on us, frustrate, embarrass and annoy us all through life. The initial cuddling we get as babies and toddlers, probably were ploys to get us too comfortable to realize their intentions… until it is too late.

For some people, their parents remain perfect superheroes until the day they die (good for these people). Those who had to fill in the position of remote control bringer, pot washer, food maker a.k.a chef, house cleaner e.t.c in the long run, understand how parents can sometimes become something quite different from the perfect and dreamy superheroes we thought they were as children.

While some of the things we realize about our parents (as we mature) get us feeling extremely surprised at first, we eventually shrug them off as one of those things we were bound to find out anyway. However, there are some we just can’t seem to get over. Not because we do not understand the ‘why’ and ‘how’ of it, but because we just cannot get over how disgusting the idea is. And no matter how much we try, we can never get ourselves to accept it. Thinking about it alone is just …gross.

Certainly, the first on the list of these things that gross us out is the realization that our parents actually had sexual intercourse to have us. Like they were physically involved and their privates merged at some point.

While it is romantic listening to them tell the story of how they met, perhaps how your father wrote love letter and toasted your mom and all, for some reason, the part where they actually engage in coitus is disgusting. And inasmuch as you know that there is no way you could have been born had they not done ‘it’ at least once, you refuse to accept that truth. You refuse to believe that your parents, especially your mother who is a paragon of virtue, would ‘defile’ herself that way. No. it can’t be. Worse is when you realize that they probably are still having sex. Ewwh. As old as they are! Hah! You have seen both of them naked so its easy to go graphic. You wonder how your mom is still attracted to your father’s flabby body: the beer belly and protruding man boobs with beady nipples. Doesn’t she feel insecure knowing that he could actually rock the same cup size of bra as she does? And your dad, how is he able to cope with your mom’s wrinkly and tired boobs? How is he attracted to that? The thought of their old bodies fusing together… oh God! You can’t even.

Another time is when you argue with your mother and she reminds you that you sucked her breasts and never wanted to give them up until you were almost 5 years. Although you know it normal for a child to want to hold on to his mother’s breast milk a little longer, you not only get embarrassed, the idea gets you feeling nauseous. You ask yourself: what was I thinking? Of all the foods, I prefered my mother’s breasts? Then you imagine yourself as a 3-year old running to go grab your mother’s breast and you are done. Literally.

The same feeling of disgust probably also applies to the realization that your parents had to suck your nose as a baby when it was blocked and the same mouth was the one they used to chew up hard food or meat and give to you to swallow or suck on it. And there is also the fact that they were the ones who thought you how to wash your privates.
Actually, this last one you would not find so gross if they not feel that that act of ‘kindness’ entitles them the right to see you naked body or even touch any part of your body when they feel it is necessary. “Oh, so you have a boil on your penis? Let me see it” and when you hesitate, they say something like “My friend remove your boxers, do you know how many times I washed your dirty bum-bum. Look at this one” and you are like: Ewwwhh.

The truth is, no matter how disgusted we feel about the things our parents may have done in the past or the realizations that gross us out, they really are the best thing that ever happened to us. Period. And even when they embarrass us or frustrate us, they are still BAE. It is what it is.

Can you think of other things you realise about your parents that are disgusting to imagine?

Anjola Alabi: Consumer Behaviour & the Growth of Your Business

Tosin Nguher: Rape – The Evil in Our Midst