Tosin Nguher: Rape - The Evil in Our Midst 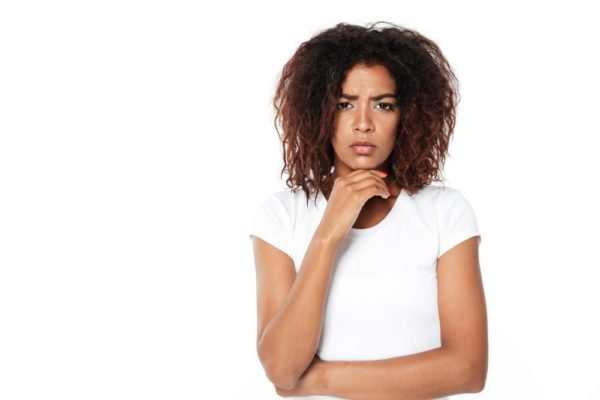 There has been a lot of debate and controversy about the topic of sex as a right in marriage. The right of a spouse to have non-consensual sex with his or her significant other seems like a no brainer in a lot of discourse about sex within marriage. Many people believe it is not possible to rape one’s wife or husband… because once a person gets married, he or she has lost the right to refuse sex. There is an erroneous belief that sex should be freely given in marriage.

Rape is a form of sexual abuse, and it is simply defined as a sexual intercourse with someone without his or her consent. ‘Marital rape’ (also known as spousal rape and rape in marriage) is non-consensual sex (i.e. rape which includes consent being withdrawn during the act of coitus or with someone not of sound mind to give consent) in which the perpetrator is the vic¬tim’s spouse. Rape is a form of do¬mestic violence and sexual abuse.’

Unfortunately nowadays it is all too common and disheartening to hear or read of cases of rape whether within marriage or outside of marriage. Recently we heard of the very heartbreaking incident of the fourteen-year-old girl who was raped to death by a group of boys.
It is mind boggling that up till this moment, none of the boys who perpetrated this heinous act have been arrested.

We also hear of cases of boyfriends and husbands raping their girlfriends or wives, but sadly many of these cases are not officially reported because of shame, stigma and ridicule it would bring onto the victims by society.
Added to that is the issue of the practice of re-traumatization of victims of rape that is all too common in our society i.e. the blame put on them for encouraging their rape, but also because most people are under the misguided belief that they don’t have a right to their bodily integrity, hence a victim would prefer to keep it to him or herself.

Also, due to a failure of upbringing, women and girls have lost so much of their self-esteem, they no longer realize that they have a right to their own bodies, and a right to make decisions that affects them.

Men also have a sense of entitlement that has been inbred in them from the time they were born, resulting in dysfunctional adults who have little or no regard for women.

I have read so many agony columns where women give account of how they were raped by their boyfriends and still ask for advice on whether they should leave the man or not, citing love as a reason why they believe they should overlook the rape and continue with such a relationship. While I feel the solution to this is a no brainer – leave the relationship and report him to the relevant authorities, a lot of ladies are at a loss and think they should remain in such relationships. Hence the need to ask for advice about what to do.

A lot of women do not know how to speak up/out when their bodily integrity are being abused; this might be as a result of a lot of issues, which go beyond what we see on the surface, i.e. a lot of times a childhood trauma/wound that has not been properly dealt with. I will share more of my knowledge on childhood traumas/wounds and how they affect one’s decisions in adulthood in another post.

Is it okay for a man to rape his wife? Is it okay for a woman to rape her husband? A lot of people actually advise men or women whose spouse has refused to have sex with them for one reason or another, to rape the spouse who refuses, citing that sex is a marital right. Some even quote Bible verses that provide that your body does not belong to you as a married man or women. However, they fail to point out that the Bible does not prescribe that a spouse should force the other, whenever he/she refuses. As a matter of fact, the Bible recognizes that there could be circumstances where spouses agree not to have sex for a certain period and then resume afterwards.

The psychological and physical effects of rape on anyone whether male, female or child, are far reaching; resulting in some victims requiring treatment for the rest of their natural lives. Those who do not receive necessary treatment end up living with the trauma and it’s been known to affect their life making decisions when dealing with members of the opposite sex. Some psychological effects of rape include but are not limited to:

These are why rape must be stopped more than ever, whether in matrimony or outside of it. Stopping it is by reporting, exposing perpetrators of this act and ensuring that they are brought to justice (legally). We also have a duty as parents to raise our kids to become adults who respect the wishes of their spouses when sex is denied for whatever reason given.

Another problem is the issue of ignorance by a lot of people. Many people erroneously believe that there are no laws protecting against rape and do nothing when it happens but unknown to them, there are adequate punishments for this crime. Even though we as a country (Nigeria) are a work in progress regarding implementing our laws, laws exist to protect against sexual violence and relevant government agencies and NGOs strive to see that perpetrators are punished. One of these laws is the Violence Against Persons Prohibition Act (VAPP Act) 2015, which defines rape as:

“… a physical invasion of a sexual nature, perpetrated under circumstances, which are coercive. Coercive circumstances may include the use of physical force, threats, intimidation, extortion, abuse of power and other forms of duress, which prey on fear or desperation.”

“Any act or attempted act that coerces victims by force or threat of force, inducement or undue influence to engage in any conduct or sexual act that abuses, humiliates, degrades or otherwise violates the bodily integrity and dignity of any person which includes, but is not limited to, rape, sexual assault, sexual slavery, enforced prostitution or forced pregnancy”

In Lagos state, the Protection Against Domestic Violence Law 2007 protects women from all forms of domestic violence including sexual violence. Right now, there exists a Domestic Violence Response Team in Lagos state, with helplines that can be called to report incidences of domestic violence. The response team provides support and protection to victims and ensures that perpetrators are brought to justice.

These laws provide protection against sexual violence within and outside of marriage and should be utilised to their fullest extent. Women should not allow the fear of what people will think or fear of loss of livelihood (these are major amongst many other reasons women give, for staying in abusive relationships), prevent them from making the right choices as it concerns them and their children. A woman has the right to her body and bodily integrity whether she is married or not, the same as a man.

It would, however, be a great disservice to women, to pretend as if rape does not affect women more than men. So I will say it now…just in case you have not figured it out, that this post is primarily directed to women who are being abused.

When women take the first step towards self-liberation, good things will definitely follow, but when they keep themselves bound to abusive relationships, it is never worth it in the end, no matter the justifications. There is always help available.

Enjoy the rest of your week.

Here are Some Things About Parents that Totally Gross You Out