"Toke Moments" is Back and Toke Makinwa wants you to Shoot Your Shot! 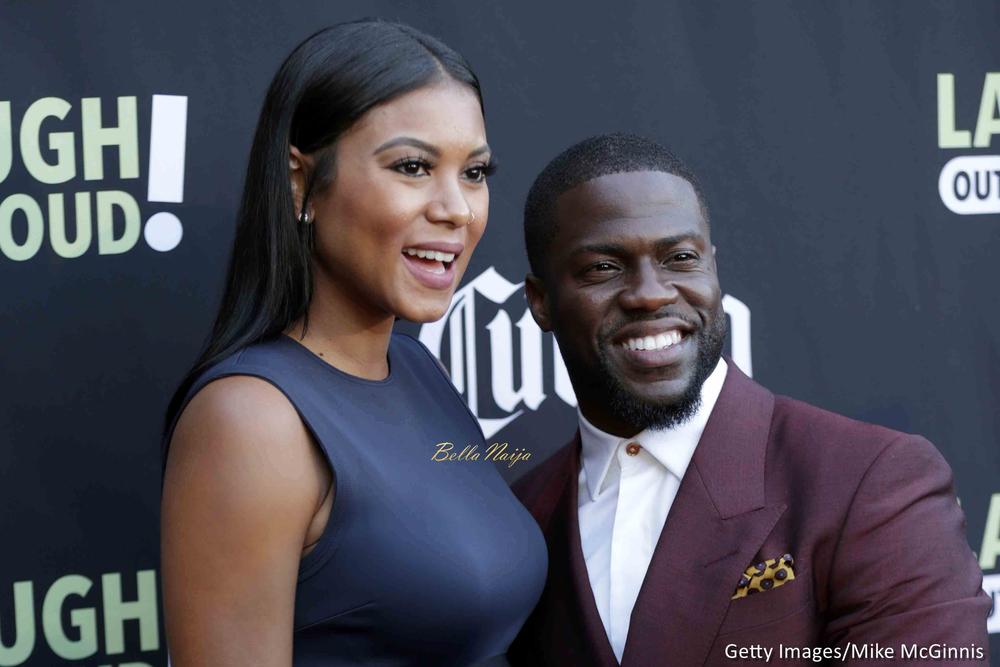 Montia Sabbag, the woman at the center of American comedian Kevin Hart‘s sex scandal has revealed the details of their relationship, claiming she never knew he was married.

The comedian and actor whose wife Eniko Hart is 8 months along in her pregnancy confessed to cheating on her a couple weeks ago. He also revealed that he was being blackmailed by someone who had a sex tape of him and the lady in question.

The tape was later leaked and the lady, Montia came forward to deny any involvement in the extortion plot, insisting that someone else who was with them must have taken the videos and used it to try to blackmail the comedian.

Speaking to Daily Mail, Montia speaks all about her trip to Nevada and how she met Kevin on the plane. She insists she never knew he was married neither did he tell her. She claims their connection was instant and she found him likable and funny. In her words:

I was intimate with Kevin three times in the course of maybe three days. It was fun. We just get along, we get each other, he’s funny, I’m funnier. We had a connection, we had chemistry. We clicked. It was fun, he didn’t try to woo me, it was just an instant connection.

Montia who is originally from Boston explains how she met Kevin:

I had a girlfriend who invited me to go with a few of her friends. I was like, “okay, sounds fun. We stayed at the Venetian hotel and we ended up moving hotels to The Cosmopolitan. I met him (Kevin) on the plane, I was with a friend and we had no idea he was gonna be there. He was with his friends. I thought he was cute, he’s an attractive man, but I wasn’t star struck or anything like that, it was super casual, he was a gentleman, a nice guy.

She says about their relationship:

Yes we were intimate, I did not know he was married but I found out later, I was a little bit upset, confused about it because the way he was acting it didn’t seem like he was married. But I was caught in the moment, he’s an adult. We partied, we drank and we ended up being intimate three times over the course of three days.

It’s not like it was anything special, I’m a normal person, just cause he’s someone we see on TV doesn’t mean I was wooed, it’s not like that, he’s just a cool guy, chill.

Montia also claims the video that was leaked was not taken on the same day as the pictures in the nightclub:

Everybody believed that the video was the night of the nightclub and that we were only intimate once, but it was a completely different day, the second time (we had sex),’ she explained.

If you really look at the tape it was during the day, it wasn’t a night thing, he (Kevin) was sober, there was obviously a connection, I’m not just someone he was with at night when he was intoxicated or something, it was more than that. We were all back at the hotel room. There was quite a few people in the suite, it was a social gathering, a party. We hung out, listened to music. Kevin was very public about his affection towards me. We were hugging, kissing, touching and it made me believe he wasn’t married.

Sisi Yemmie has something to tell you in a New Episode of Sisi Weekly! | Watch