BN Doctors' Lounge with Dr. Charles-Davies: No Drugs for Monkeypox, But Here's How It Can Be Treated 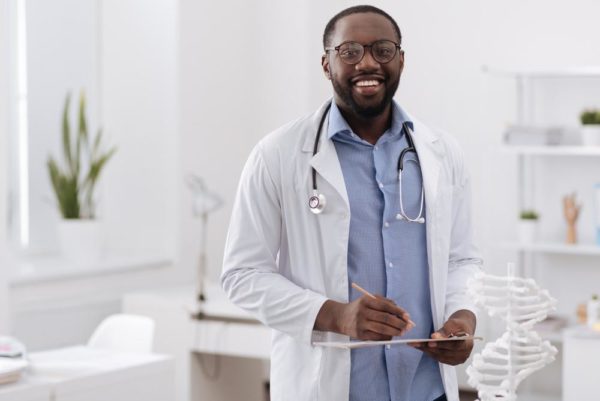 In the last few weeks, there has been several reported cases of Monkeypox. Since the outbreak started in Bayelsa state, some people have been admitted into hospitals with this disease, quarantined and are receiving appropriate treatment.

While there are a lot of articles detailing its symptoms and how it is spread, very few discuss how it is treated.

Before we get started, it is important to note that there is no available vaccine for monkeypox at the moment, and the disease has no specific medication to treat it.

In this article, we would be discussing what happens next to people who are infected, what doctors try to achieve and what the chances of recovery are.

They are quarantined
According to the Collins English dictionary, “If a person or animal is in quarantine, they are being kept separate from other people or animals for a set period of time, usually because they have or may have a disease.”

Once a person has been found to have monkeypox, one of the first things health workers try to do is to keep the person away from members of the public. The reason is that the disease is infectious, and can be spread from person to person by close contact. The virus is present in the blood, sweat, saliva, urine and other body fluids of an infected person.

Even health workers have use personal protective equipment to protect themselves from contracting the virus while caring for infected patients.

They are given supportive care
Infections like HIV and Tuberculosis have specific drugs that have a direct effect on the micro-organism causing them, monkeypox does not yet have a specific drug for its treatment.

When people are infected with HIV, they are given anti-retroviral drugs that combat the virus efficiently and can lower a person’s viral level to a minimum.

When a person is infected with Tuberculosis, they are given a regimen of as many as four drugs that can fight the bacteria directly and help the person recover completely from the infection.

For Monkeypox, there is no direct drug available that can fight off the virus. One good thing though, is that monkeypox is a self-limiting infection, meaning it it goes away on its own, usually after 2-4 weeks.

Doctors prescribe general supportive medications to help the person through the period of infection, till the virus leaves the person. The treatment of monkeypox is currently tailored towards the symptoms it causes, rather than the virus itself.

For example, some symptoms of monkeypox are fever, headaches, muscle pain, back pain and a rash. In this case, doctors try to give drugs like paracetamol to relieve the fever and painkillers to handle the muscle and back aches.

Intravenous fluids can also be given to ensure the person stays hydrated.

They are evaluated and if possible, discharged
After about 2-4 weeks, the viral infection usually resolves spontaneously. When the rash resolves and the person seems to be improving clinically, doctors evaluate if the person is fit enough to be discharged home.

Once the viral infection has resolved and the person no longer has signs and symptoms, the patient can not transmit the disease to others and is then discharged home.

Recently, some people in Bayelsa who had been infected with monkeypox were discharged home and are reunited with their families.

What are the chances of recovery?
According to statistics from previous outbreaks, 1-10% of people infected with monkeypox do not survive the infection. Infected children and people with low levels of immunity are more likely to die from it.

However, most people make a full recovery and return to their normal routines without long-term health effects.

During disease outbreaks, it is absolutely important to be well informed about everything concerning the disease. Monkeypox is a disease that can affect humans and be spread from person-to-person. Despite having no specific drugs, the disease can be effectively managed, with most people making a full recovery.

Your Better Self with Akanna: 3 Kinds of Friends

Dr. Charles-Davies Omiete is a medical doctor and founder of 25 Doctors, a platform where you can ask doctors questions online.