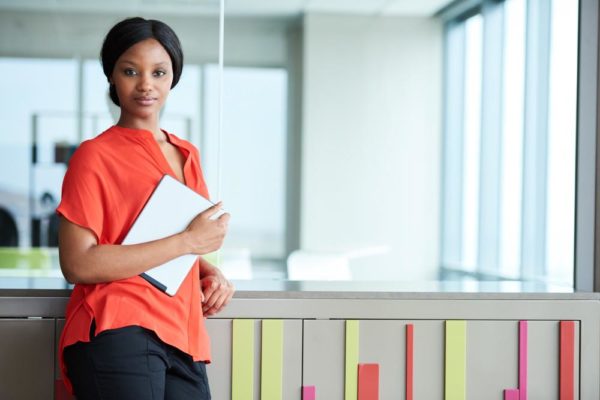 At a restaurant, someone said, “I support feminism, but I don’t want anyone to call me a feminist. You can call me an egalitarianist, just not a feminist.”

“Oh! You guys play too much!” Water laughed loud, almost drawing attention to the table. After regaining composure, Water stated, “Please call me H2O, not water.”

Feminism, a movement that promotes social equality along sex/gender lines, is almost like a cuss word to some people. What is it about being feminist that makes some people reject it?

Feminism, as an ideology, promotes social equality for everyone regardless of sex. It challenges the pre-existing notion of patriarchy – a system of society that makes men leaders, without taking into cognisance that leadership is not a skill that comes pre-installed by virtue of having a phallus.

What sexists do not realise is that people aspiring to live up to their potentials do not pose a threat to anyone. It is tiring when we flatter men by saying female feminists are trying to be men. “Man is defined as a human being and woman as a female – whenever she behaves as a human being she is said to imitate the male.” – Simone de Beauvoir, “The Second Sex”.

The crux of feminism is that everyone, regardless of sex, should have the opportunity to achieve their full potentials without limiting them based on labels, factors, circumstances they do not choose if they are not hurting anyone.

If only sexists would pick a book and educate their minds, they would realise that feminism is not misandry. Then again, it is possible they know, but for the fear of losing their patriarchy-given privileges, they try so hard to fight it.

Feminism does not preclude men, because the system feminism is striving to eradicate puts men at a disadvantage, too. Patriarchy peddles toxic ideas of gender (masculinity and femininity). Conversely, feminism says there are many ways to express masculinity and femininity. “The problem with gender is that it prescribes how we ´should’ be rather than recognizing how we are.” – Chimamanda Ngozi Adichie, “We Should All Be Feminists”.

“Without males as allies in struggle, feminist movement will not progress. As it is, we have to do so much work to correct the assumption deeply embedded in the cultural psyche that feminism is anti-male. Feminism is anti-sexism. A male who is divested of male privilege, who has embraced feminist politics, is a worthy comrade in struggle, in no way a threat to feminism, whereas a female who remains wedded to sexist thinking and behaviour infiltrating feminist movement is a dangerous threat. (…) The threat, the enemy, is sexist thought and behaviour.” – bell hooks’ “Feminism Is for Everybody.”

Everyone should be feminist, as it is the rational, humane, sane thing to be in the 21st century. There is no logical reason to support any form of prejudice – racism, homophobia, xenophobia, sexism, or classism.

There are no grey areas in this case: it is either one is sexist or feminist. A feminist who keeps quiet in the face of sexism is guilty of being sexist, because silence in the face of injustice makes one complicit.

P.S. I think we should have a Fourth-Wave of Feminism. Recently, women in Saudi Arabia were given the license to drive; however, does this mean less sexism in the Middle East?

The Fourth-Wave would emphasise on everyone rejecting the benefits patriarchy has given them. This system of society gives women benefits at the peril of men. Women have privileges, too. Nonetheless, these benefits insidiously make women seem weak according to the consensus of strength and weakness.

Money of her own is a woman’s best protection: money insulates a person from disrespect.

Patriarchy thrives on the financial and sexual dependence of women. Patriarchy would end the moment we (women) become financially independent while owning our bodies and our sexualities. Think about it.

“History shows us clearly that the father was keen on knowing who his real children were, solely for the purpose of handing down his landed property to them. The patriarchal family, therefore, came into existence mainly for economic reasons. It was necessary for society simultaneously to build up a system of moral and religious values, as well as a legal system capable of protecting and maintaining these economic interests. In the final analysis, we can safely say that female circumcision, the chastity belt, and other savage practices applied to women are basically the result of economic interests that govern society.” – Nawal El Saadawi, “The Hidden Face of Eve”.

BN Doctors’ Lounge with Dr. Charles-Davies: No Drugs for Monkeypox, But Here’s How It Can Be Treated