Diretnan Bot: How Africans Should Celebrate the International Day of the Girl Child 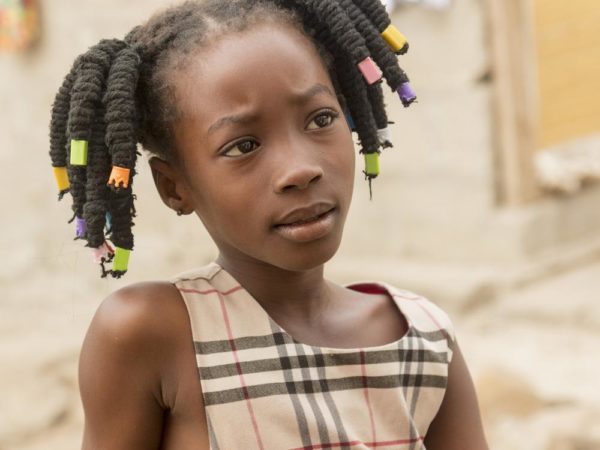 The 11th of October is the International Day of the Girl Child. It was set up by the United Nations in 2011 in recognition of the difficulties of being female, as well as to help girls attain basic human rights.

I remember while growing up the only girl in a family of six children. My father had a fondness for calling a general assembly of his children by yelling out, ‘boys!’. At first, when he called out, I would naturally not respond since I felt I was not a boy. Nevertheless, he would insist that whenever he called out, he was referring to me as well. He said that as far as he believed, I did not belong to a separate gender ‘category’. He did not want me to grow up thinking that I was entitled to easier choices because I was a woman. My father, however, believes that being a woman did not mean being weak, and he made sure to tell me in explicit terms. However, he saw the need to develop additional tactics to transform my perception by calling me a boy.

Contemporary feminism might define such behaviour as connoting a disregard (even perceived as a disdain) for the female gender. I am, however, grateful to my father for understanding that our cultural expectations of female domestication in Africa, could potentially limit my ability to be as ambitious as my brothers. Hence, even though I was called a boy, being granted the opportunity to (possibly) be a part of patriarchal privilege, my physical biological state did not change. But, my mind did.

I began to see myself as having a genderless mind: one that pays less attention to the physical difference between sexes, but focuses on inward abilities which can set the pace for the male gender. My father understood that there were physiological differences between men and women, but non-existent psychological basis for sex differences. Hence, he believed in the mental equality of sexes and sought to nullify the cultural normative expectations of gender by calling me a boy.

This leads me back to the International Day of the Girl Child and how we should celebrate our girls today and always. How can we encourage girls to attain their full potential in a male-biased society such as Nigeria? I believe, by having a mental reassessment of the choices we make as adult women, and how these lifestyle choices affect how our daughters make sense of the world.

Specifically, we should help our daughters feel adequate in their gender. To enable them to see the beauty of being female which has less to do with their physical attributes but the abilities of their mind. That our vocabulary does less of defining their limitations and abilities (in the public realm) based on their gender.

Let our choice of words foster their adventurous and ambitious spirits. This also means that we provide learning opportunities within the home equally to both male and female genders – not teaching girls that they are the designated cooks, while boys wait to be served.

Let each child, irrespective of gender, learn to be responsible for their well -being, survival and livelihood.

When we question our cultural values and accept that it is okay for the social arrangements of gender to change, we would have taken the first fundamental step of ensuring that the future of our girls is secured.

Adefolake Adekola: The Environmental Effects of Dust & other Particulate Matter

I am a mother of two children and a researcher with a passion for writing and studying issues of gender, technology use, and the impact of digitisation on democracy.