The Adoption Series with Abimbola Adeluwoye:  The Role of Religion in Adoption 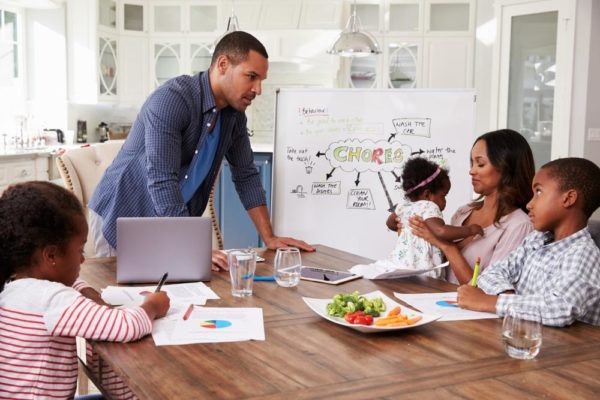 It would surprise most people, the role religion plays in the concept of adoption the world over. Different faiths regard adoption with peculiar views that are intrinsic to them. If we have any understanding of how much religion holds sway in our country, perhaps we could also understand why there has been no national legislation focused exclusively on adoption in Nigeria.

Nigeria is largely divided into three types of religious beliefs: Christianity, Islam and traditional/customary, the last of which encompasses different indigenous beliefs.

When we previously considered this story, we saw how Ikemfuna came to live in Okonkwo’s house after been given in exchange for the life of the Umuofia woman, who was killed at the Mbaino market. Okonkwo fostered Ikemefuna till his death. And even though, the relationship was not intended to be one they became like father and son.

In those times, a man’s word was his bond and not the complex legalities that we are often embroiled in today as a mark of our modernity. Such acts of fostering and guardianship or looking after an abandoned baby were not dictated by any law but mostly by the law of conscience. Just like when Ogbuefi Ezeudu warned Okonkwo not to bear a hand in his death, as the boy (Ikemefuna) calls him father.

Under Islam, there are largely two views as regards adoption. One is that adoption is not permissible under Islamic law because it is not recognized. Others believe that it is with some exceptions.

The verse usually referred to in the Holy Quran when disputing this is, quoting Quran. 33, 4-6 that “And He (Allah) has not made your claimed (i.e) adopted sons your (true) sons. That is (merely) your saying by your mouths, but Allah says the truth, and he guides to the (right) way. Call them (i.e the adopted children) by (the names of their fathers) they are your brothers in religion.

It is worthy to not at this point that the Holy Prophet had an adopted son Zaid, whose wife he later married after he divorced her.

Many pundits have established different meanings to this verse. While some have viewed this as an outright rejection of adoption by the Holy Prophet, others say that the Holy prophet did not out rightly reject adoption but is instead sounded a caution to people who in establish false relationships  (adopted sons your sons, such is your speech by your mouths) to the detriment of blood relationships.

Let me quote extensively from ThoughtCo.

“The guardian/child relationship has specific rules under Islamic law, which renders the relationship a bit different than adoption in other cultures, where adoptive children become virtually identical to birth children in the eyes of the law. The Islamic term for what is commonly called adoption is kafala, which comes from a word that means “to feed.”  In essence, it describes more of a foster-parent relationship.

Some of the rules in Islam surrounding this relationship:

The Adoptive Family Does Not Replace the Biological Family
These Islamic rules emphasize to the adoptive family that they are not taking the place of the biological family but are rather serving as trustees and caretakers of someone else’s child.

Their role is very clearly defined but nevertheless very valued and important.

It is also important to note that in Islam, the extended family network is vast and very strong. It is rare for a child to be completely orphaned without a single biological family member to care for him or her.  Islam places a great emphasis on the ties of kinship—a completely abandoned child is very rare in Islamic culture.

Islam places an emphasis on locating a relative to care for the child, and only when this proves impossible does it allow someone outside of the family—and especially outside the community or country—to adopt and remove the child from his or her familial, cultural, and religious roots. This is especially important during times of war, famine, or economic crisis—times when families may be temporarily uprooted or divided.

Did He not find you an orphan and give you shelter? And He found you wandering, and He gave you guidance. And He found you in need, and made you independent. Therefore, treat not the orphan with harshness, nor drive away a petitioner (unheard). But the bounty of the Lord – rehearse and proclaim! (Quran 93:6-11)”.