The Adoption Series with Abimbola Adeluwoye: The Broken Canvas 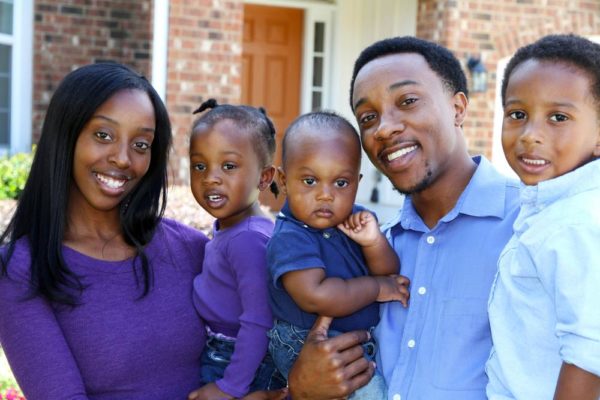 Don’t tell anyone I was adopted, for I am ashamed; of the questions that lurk in men’s heart that will affirm the evil my mother must have been.
For surely, she must not have been a good woman to have fornicated so lustfully. I came unplanned and unwanted, and she gave me up so easily. Oh! that terrible woman, why did you ever bear me? Now I’m condemned to live my life feeling unworthy, having to tell hide and tell lies, because people have assumed your truth for me that I will never know.
***

“Are you Pa Okwudialor’s real child?”

Why should I tell you who I truly am? You have asked me this question so many times in so many different ways. Nosy people like you are the reason we have moved twice. The first time was six months after I was brought home after the adoption became final and the neighbours there won’t let mummy rest, always asking why she kept me away for three years before bringing me home.
The second time was when mummy had Amarachi. I had gone to serve drinks at a table and drunk Uncle Nosa kept staring at my breasts, telling anyone who could hear that if he had sex with me it wouldn’t matter because I was not his brother’s real child.

People never let us rest after that. They peppered my parents with questions and volunteered the suspicions they had since we moved there. Now, Uncle Nosa has been banned from our house. Whenever we meet at family gatherings, his wife hisses and calls me a home breaker and an intruder.

Yet, here you stand again. I stare at you pointedly, but you don’t know how to take a hint. Your eyes go over my body so boldly, reminding me of how I don’t look like any of my other three siblings. You nod, answering to yourself. Then you say it, “You don’t look like them”.

“I don’t look like them but I look like my great grandmother”. I leave you with that response as I walk on. But it’s a lie. It’s a lie that was I was told to tell by the Okwudiafors, as soon as I came of age. It’s a lie as big as the tired pain in my heart. Blame it on a dead old woman from long ago who nobody remembers.

Much like my real mother, who is a memory of a yesterday that nobody knows or wants to talk about.

Somewhere out there, are people I look like, and none of them are of the Okwudialor ancestry.
***

“You ungrateful child! You are an ungrateful child” After everything we have done for you”. Is this how you will repay us? How could you do this to me? Wan so! Wan de so o. You want to do adoption. O fe se bi awon oyibo. So mo iru omo to ma mu wa le? So mo n’kan ti iya se ko to fi fisile? Ohun re ‘sin, ohun re! Pregnant at nineteen. Tolani you are pregnant! Oti loyun! Your mother must have been a prostitute. Yes I said it! Ashawo ni Iya e, beni mo so. How could you have behaved like this? You want my friends to make fun of me? What do you want the church to say? You want me to stop being a Deaconess, abi?

I stare at the woman who stood before me, her beautiful fair face, contorted by a hatred so fierce. Her words seemed to flow over me now and soothe me in that perverse way even I found strange.

How grateful must one be to have been adopted? Is there a measure, is there a scale? Is there ever an expiry date? How much am I expected to show really?  Like the woman who came in to the orphanage a lifetime ago before mummy adopted me. With her heavy lace, jangling gold bracelets and teeth. Her perfume making an entry way before her. Smiling widely, she said she had brought oyibo things for us from her last trip to the ‘States. She left soon after, carting her gifts back to the car with her. I heard her shout that we were not grateful enough.

It’s the third day since I had told mummy I was pregnant, but her anger has not abated. She had always made it a point to tell everyone I was adopted, even before they asked. It’s for your own good she said, so they won’t be laughing behind your back. But I had always felt like a painting on display. I knew I was being shown for the praise; of people telling her she had a big and open heart, to have taken an abandoned child as her own.

I place my hand gently on my growing stomach as mummy continues. She calls me a prostitute, just like my mother. I smile deep within myself. If this is the only way I would ever be like my real mother; if this is how close I would ever be to her, If this is all I would ever have of her or be of her, then so be it.
***

She stared at the words on the white board like she had never seen them before. They were ordinary words to most, but to her, the held an entirely different meaning. Her blue eyes wandered round the class afraid that someone will smell her fear. Jacques looked at her curiously but he soon got carried away with the classwork. Her eyes returned to the board and she read them again. Pere, Mere, Frère, Soeur, Oncle, Tante, Grandmere, Grandpere.  Arbre Geneologique. Family tree.

Her secret will come out today. Everyone will know she was adopted.
***

“Oh! Tell me of my mother

Is she roaming in the skies?

I’ve been dreaming all about her and awoke with tearful eyes;

And her voice was like the breathing of the soft summer air.

Is the world so full of pain that she will not come again?

Oh! Tell me of my mother, does she know I’m here alone?

While my early friends have gone

And my dearest memory flown

Chika Uwazie’s TalentBase: 3 More HR Trends To Look Out For This Year