Abimbola Adeluwoye: What's Love Got To Do With It? 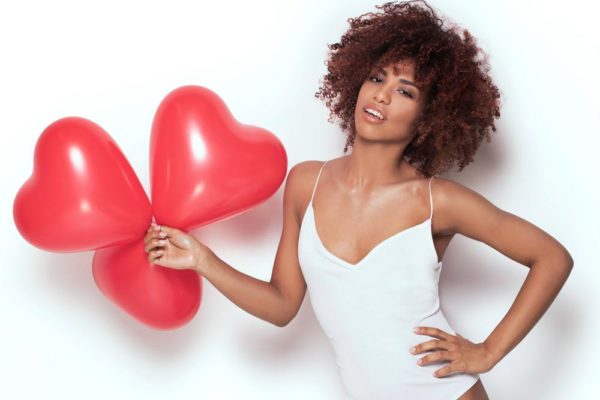 When you think of spending the rest of your life with someone, what are the things that are most important to you about that person?

I used to think it was love; that love was all that mattered above everything else.  It is crooned in songs and history is replete with how lives, peoples and empires were built or destroyed based on this singular emotion. I felt love was the ultimate, and that every action in a relationship was given towards acquiring and retaining this emotion.

You hear many things when you are growing up. One is marry someone who loves you more than you love him/her. For me, that was a recipe for disaster. What happens when you meet someone you love more than your partner?

Also, there is that ambiguous, confusing advice, “don’t settle”. It becomes trite when the very same people ask “Isn’t there anyone? Don’t be too choosy”.

Another is “marry your friend”. If taken literarily, like some have, has been the most regrettable decision ever. What is worse than two people who are extremely fond of each other, but exhibit zero passion towards themselves?

Things are further exacerbated by the concepts of “soul mate” “the one” and “life partner”. We think they are the same, or could be used interchangeably. We also think that all these attributes should be reposed in the one person we choose to join ourselves with for the rest of our lives.

The truth is that a soul mate could be from any gender whose essence so resonates with yours, it’s fiery. More than one person can be your soul mate, but rarely at the same time. A person could also be your soul mate, but they may not consider you theirs. Most people have intimate relationships with their soul mates. Eventually, there is a breakup of shattering proportions which leads to a hollow feeling of despair and intense loss that some never recover from.

Usually, a soul mate is meant to be with you for a reason. They open up parts of yourself to explore, connect with and try to improve. You feel like live wire and in Shakespeare’s words, aware of “the thousand natural shocks that flesh is heir to”. It explores your soul and revels in your be-ing. This heightened state of self is inextricably linked to that person and it becomes near impossible to imagine life without them. But they most often, always inexplicably, leave.

I think of famed French chanteuse Edith Paif and world renowned boxer, Marcel Cerdan. Their souls were so entwined that when she first wrote and sang the song Hymne a l’amour, the lyrics in hindsight spoke of a deep premonition of his death, which occurred barely a month after. They were both married at the time to other people. Marcel even had three children.

I recall a presenter from the ‘90s who described a particular person as her soul mate. She delved on how vibrant and right everything felt. They never married, but they had a child together; just like he did with several other women including my mom’s roommate, while at the University.  This has led some to say you can make your life partner your soul mate, but you can’t make your soul mate your life partner. Hold that thought.

Next is the idea of The One. The One True Love. It has such an oblique coinage but many truly believe it. The idea is that out of all the people in the world, there is just that one person that is meant for you. That’s a lot of burden to place on anyone.

There isn’t just one person in the world for you. There are however several “ones” that you could pair with and have a successful and meaningful lifelong marriage with. It is why even when you are in a committed relationship, you still meet people that you jell with so much, they make you wonder, “what if”?

Some religious places offer prayers that you do not marry another persons’s husband/wife. In my view, unless that person is still married when you marry them, they are nobody’s.

A life partner is a person you can build a life with. They have deep abiding attributes that make for an enduring life together. They are a pillar, a harbor; a nesting and a resting place. They are dependable, committed and loyal. They appear boring, often staid, and so ordinary looking they are almost forgettable. They are not usually the first choice or the second choice. But, as most people testify, they become a choice you are grateful you made. Then because your heart is warmed by their actions and presence in your life, you open up, you blossom and maybe, they become your soul mate.

In interacting with people who have been married for years, and in whom hormonal impulses have cleared from the eyes and loins, what are listed as the most sought after needs in marriage are respect, followed closely by care/kindness, then communication. Love came in charming fourth place.

I have a type “A” personality. Women like me are usually attracted to alpha males. Sadly, there can only be one ruler in a kingdom. Having had my share of such, I can confidently say that most times, no matter how confident, better educated, well connected, more affluent, one person is over the other in the relationship, there will always be competition.

It would be viewed by the partners as exciting in the beginning. But as both are used to being worshipped, and not very good at praising the other, it becomes unhealthy. The need to fulfill this will be sought through every petty and opportunistic means. They are good with other people, mostly not with each other.

Know the needs in your life. The ones that are important now, and the ones that will follow you into your greys. The ones that will come up when you have children, change with age or as you climb the rungs of success. The person who may fulfill these needs may not be the most suave, sexy, attractive, curvy, or monied person you know at the time.

And remember that sometimes, all that is gold does not glitter.

From Customer on Twitter to Wife! Here’s How it Happened ?

Smart Money with Arese Ugwu: The Economics of the AMVCA Red Carpet