Abimbola Adeluwoye: Resist That Urge to Make Everything About You! Sometimes, Just Listen 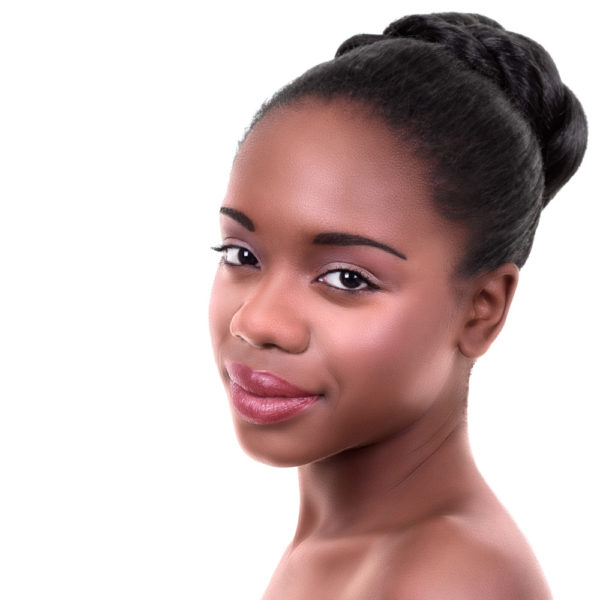 The bus slowly idled to a stop as a small traffic built just as we approached the bus stop. Up ahead, vehicles had to make way for others trying to use the roundabout. This further reduced our momentum.

As was my style, I sat in front and was preoccupied with the dead skin on the tip of my left forefinger. My last thought, as I tore off the wasted skin, was if my colleague’s daughter would like the shoes I got her for her Valedictory Service.

The force with which the bus rammed into us is indescribable. Our initial tranquil, cruising state made the sudden violence very stark. My back arched sharply forward while my neck was thrown backwards. The huge shopping bag took the brunt of the force and prevented my chest from hitting the dashboard, when, just as violently, we were returned to our original position.

My first thought was to get out of the vehicle and then, if I could still walk. I straightened a bit and air was struggling to pass through my chest for my nose. I tested the door and it opened. I crawled out and looked back. A man in a white T shirt and blue jeans lay sprawled on the ground as though dead.  There were two other buses wrinkled behind ours. I quickly turned from the scene and hobbled away, before hysteria took over.

The desire not to draw too much attention to myself was what stopped me from sitting on the ground. All around people moved past. Their eyes quickly assessed me and found me to be less interesting than the accident itself and the bloodied people on the road. One woman selling pure water actually yelled “Ah! See blood” and ran to the buses. No one asked if I was alright, If I needed help.

I looked behind me to see another young man bent, just as I was. He was fair in complexion but the accident had reddened his face. I hobbled over to him. He was in pain. We inspected his jeans together and found that it was torn with a big gash just under his knee. It looked angry and painful. I asked when last he had a tetanus shot. He didn’t seem to understand what it was. I told him he should go to the hospital and tell them he wants to take an injection for his injury.

As we were bent over, an elderly man was walking past. He stopped and the next thing he said was “You too, you have wound. See my own”. Then he proceeded to roll up one leg of his trousers to show us some bruising on his calf. And just like that, he straightened up and walked away without another word.

In that moment, all I could think of was how no age, no class, and no gender was an exemption. This annoying attention grabbing syndrome that has permeated our society. We have become bereft of people who actually, truly listen. People who keep quiet when you speak, not because they are waiting for you to finish before they start talking, but because they truly care and wish to let you express yourself.  Everyone is seeking to one up each other with their own similar experience. We can barely wait, or interrupt very rudely when someone is speaking to share our own stories; lacing them with embellishment to out talk, out provoke, and completely obliterate the original speaker.

It only shows weird superiority, manipulates attention, and entrenches an irrational fear of not being the alpha in a group. Something is awfully wrong with us.

Maybe I noticed this because I have a close friend who did this a lot. You could not finish a sentence about something personal that happened to you before she said “Even me, when blah, blah, blah,” or “I thought I was the only one! When blah blah”. For every friggin’ thing.

You couldn’t say you had a cold. She was going to tell you how she had been feeling funny all day. Your boss upset you? Never mind, her boss did the meanest thing to her just before you rang to tell her about yours. I found it amusing at first and we discussed it mildly. Then I got really, really angry.  This isn’t about you! I yelled at her at some point. Matters came to a head and I told her we had to have The Talk. She knew what she did, the why was what we were trying to figure out. She told me she did this because it was her own way of showing the other person that she understood what they were talking about. I told her it was a rather selfish way and time of showing empathy or understanding. I told her keeping quiet or carrying on the conversation but making it about the other person, was a better option.

I attended a conference recently. One of the speakers, let’s call her “A”, had just finished a powerful session. Another speaker. Let’s call him “B” had mounted the stage and was giving his talk. “A” instead of listening to “B’ who had the floor, was instead holding court at her table. She was speaking so loudly that she divided attention in hall. It got so bad that it kept interrupting “B’s” flow who would glance over to her table surreptitiously from time to time. Bear in mind these speakers were Nigerians of no mean repute.

Some others like to embellish. I remember walking from the scene of the accident and some people caught up with us. I asked them what bus they had been on and they said the second bus. Somewhere in my head I realized they were the super heroes of this drama as the third bus had slammed into them which caused them to run into ours. I just had to one-up them.  I didn’t know when I blurted out, to my utmost embarrassment, that my head hit the steering wheel. They stared at my head and all I could think was Jesus, take me now.

Some of us start conversations not for the sake of engaging people and hearing their views, but because we want to hold a special praise and worship session for ourselves. Anyone who dares to, God forbid, share anything that draws attention away from us, or seeks to amplify the conversation is deemed a bad belle. We consequently become moody or taciturn and stop contributing to the discussion. Frankly, and with all due respect, you are better off holding a conversation with your mirror.

Some of us have mastered the art of competing silently for attention even when there are no words. We drum our fingers on the table, glance at the clock/watches, or move things around unnecessarily when we cannot interrupt or when we feign interest in the speaker but can’t wait to talk.

We teach people how to speak, how to enunciate words, how to project themselves and engage communicatively. But no one teaches how to listen. I have planned to do something about this before the end of the year.

So, next time we feel that salivating desire to tell our stories over others, remember that whatever is prompting this inside you is far deeper than the 10 seconds god status you will gain from the experience. The fact that we pay our bills and freedom of expression have become the ultimate excuse for throwing adult tantrums and being ill-mannered. Let’s be better people, help reduce suicide rates, depression and loneliness.

Be someone who listens.

Nkem Says: I Love You But These Plates Won’t Wash Themselves