The Adoption Series with Abimbola Adeluwoye: Creating Room in Your Heart to Nurture a Child 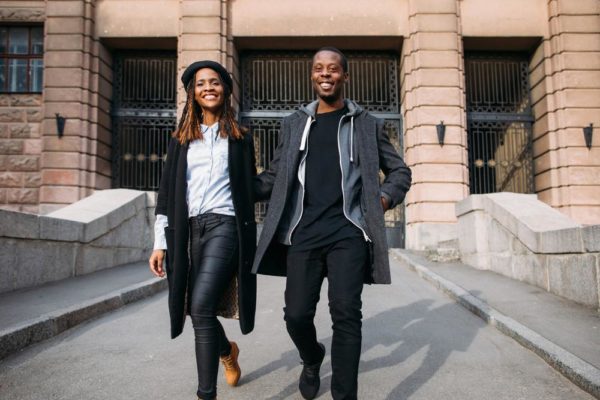 We would get into legalities later, but we can now acknowledge that people, the world over, have come a long way from a mostly clinical and warped approach to adoption, to conceptualizing adoption as a way to meet the genuine need and desire for a child.

It is an option for single men and women, whose desire for marriage never materialized or who maybe never nursed such desires at all, but would love a child to call theirs. It is for the purpose of making the world a better place, not because one single act of adoption would radically change or cure the problems of the world but for that one child, the world will change.

If all animals, wild and domestic, can recognize this, and bring up babies both of their species (and even those of others as their own) why not humans, who claim to have superior intellect, culture and principles?

Another option I would love to explain here (which is not adoption in the strict legal sense, but altogether, an altruistic commitment all the same), is one I discovered while conducting the interviews for this series.

An interviewee’s uncle and his wife, whom we shall refer to as Mr. & Mrs. O, when in their 50’s, approached an orphanage and became the foster parents to a boy and a girl. They paid for their education and other responsibilities, but the children remained resident in the orphanage. The children, however, spent their holidays at Mr. & Mrs. O’s house.

On the day Mr. O. was to be buried, the boy, now a young man, who had completed his education and now had a fantastic job, was to be traditionally married on the very same day. The date of both events, for some reason, could not be moved and unfortunately, Mrs. O. had also predeceased Mr. O.  It was Mr. & Mrs. O’s biological children, male and female, who stood in as parents for the young man at his wedding. Later, on the same day, they all went to bury him whom they had all called “daddy”.

Would you rather consider this route?

There is no desire to give adoption angels halos and make the children acquired through this process cupids little helpers sprinkled with twinkly dust. To note a  quote, “I always questioned if I was ready to adopt. Then I realized no child was ready to be an orphan”. Another was “The adoption took time, the love arrived instantly”. These statements are not altogether untrue, but they do not bear witness with/to the larger picture.

Before you consider adoption, you have to understand that adoption is not for the faint-hearted. It requires patience, tenacity and more love than you know you are capable of giving. Your reason for considering adoption will go a long way in determining your ability to see the child from childhood into adulthood with the resilience and spirit of undaunted love. This is not to say that the process would be a warfare from beginning to the end, but there would be moments, as with everything in life, where you would ask what exactly you have gotten yourself into.

Personally, my desire for adoption has moved from wanting a child to call my own, to a desire to nurture a child and give her a chance at life she may otherwise never have. I later struggled with the decision to adopt as a single woman, because I felt I would love to bring her up in a “stable” environment of having someone to call “mum” and another to call “dad”. I felt it would be selfish of me not to have her enjoy such treasurable moments as Father’s Day; or not having any gist to offer her friends that started with “My dad…”; and my husbandless position, may be seen psychologically, by her, as another form of rejection. This is a constant fear in the adopted child: that they may not be good enough and therefore unwanted, leading to another rejection.

When I shared my consideration to adopt as a single woman, some questions that came up often was “What do you want people to think? What have you done with your womb? Have you had an abortion before? Can’t you have children? Do you want to chase men away?”

The other side of this was waiting till I got married then adopting. In fact, whenever I met a potential mister, one of my first questions was his view on adoption. It used to be a make or mar question. Then, I realized it was unfair to foist that request on anyone, particularly an African man, with their obsessive concept of MY OWN.

Surprisingly, in my interviews, I have found that the millennials are better predisposed to adoption than any generation before. We will also discuss this later.

It is important that you recognize from the beginning how we are all humans in our rights, fashioned by genes, God-given personalities, and history to be who we are.

Your child is your child.He came from you as much as he came from the government.  Let Jody Landers speak:

“A child born to another woman calls me mommy. The tragedy and the magnitude of the depth of that privilege are not lost on me“. Ponder on this.

Next week, we will consider the role of religion in adoption.

It’s a Wonderful Surprise! Or Maybe Not?