Charles Nwolisa: There's No Prize for 'Managing' an Abusive Spouse 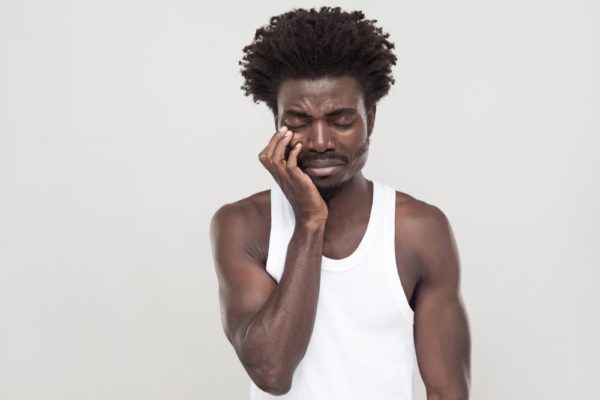 “That man must be a very stupid man”. She said fuming.
“But mum, he is dead. Let him just be dead, not stupid too”, I retorted.
“Anyone jarey, he is stupid for not leaving that witch, you see how she has killed him”, she replied while checking the beans on fire.
Seated in the parlor with one of the dailies and a rechargeable fan blowing in my face after burying a plate of yam pepper soup with chicken, I couldn’t help but wonder if she was actually right.

Perusing through the pages of the paper, the story of Maryam Sanda, a nursing mother who killed her husband in his sleep, could easily jump out and smack you in the face.

“Just imagine. How would that young man’s mother be feeling now? See eeeh, no woman in the name of wife will kill any of my children”, my mum continued.

What would make a pregnant woman stab her husband in the chest and neck while he slept, because she suspected him of infidelity.
My mum’s anger wasn’t targeted at who should have been bearing the brunt of her vexation: the killer. It was focused on the man.

Her point is that he knew she was prone to violent anger outbursts, but still stayed.

Part of the article read, “According to close friends of the victim, the two-year-old marriage had been fraught with problems as a result of Sanda’s violent tendencies and hot temperament. Maryam had attacked Bilyamin before the latest incident, which unfortunately led to his death”.

It was after reading this part to my mum that her outbursts gained steam and she was right.

She was enraged and rightly so, but as African mothers have a knack for doing, ended up telling me a familiar story with happier endings.

In her words, “I remember the story of a young man, this happened a few years back. He was just three months into the marriage and was having an argument with his new wife when she stood up, entered the kitchen and grabbed a knife. Shocked, is to put it lightly. He left the house immediately. When she was calm, she called him but he was not having it. He didn’t come back home. A few days later, when he was sure she would be at work, he came with his brothers, packed everything that belonged to the woman including the wedding gift items to her parent’s house and dumped them in front of the house, began divorce proceedings and traveled abroad. Pleas from friends, families, relatives and even enemies to take her back met a brick wall. He loved his life more than marriage and rightly so”.

You need to have seen my mum telling the story with her village woman-educated woman mixture of Igbo and English and hilarious hand movements. Drama queen. But there is nothing funny about domestic violence. Spousal abuse is taking an upward trajectory and women are becoming major offenders, surprisingly.

Only last week, a wife stabbed her husband with a broken bottle in Zamfara State. The man is still alive but in a bad state, because the woman stabbed him several times and in different places. They had an argument and the next thing, she broke a bottle and charged at him.

Another incident in Owerri, where a wife bathed her husband with acid after accusing him of adultery. The woman had traced her 50-year-old hubby to a construction site where he was working before emptying the deadly liquid on him. He died.

How many men have endured abusive relationships but couldn’t voice it out because it would make them look weak. “How can an African man accuse his wife of beating him? He is not man enough”, they would say.
Love has made people stick to violent partners.

“Let me stay for the family” has made women stay with physically and emotionally abusive lovers.
“What will people say?” has led to more concealed bruises than even concealers can cover up.

“I pray for him. He will change” has led to more visits to the hospital to mend domestic injuries than to give birth.
Women are in abusive relationships and so are men.

No gender is violence-proof but whatever the case may be, never “manage” an abusive partner. I know you love love but love life more because, without life, you can’t love.

6 Problematic Things that Nigerian Men Have Been Raised to Believe

Charles Nwolisa is a Relationship Advisor and Writer whose self-styled 'lomour' articles infuses humour into love write-ups making relationship talks not as depressing and soul searching as writers make it look. Join in his adventure by ffl on IG: @bae.logic or visiting www.TheBAElogic.com.