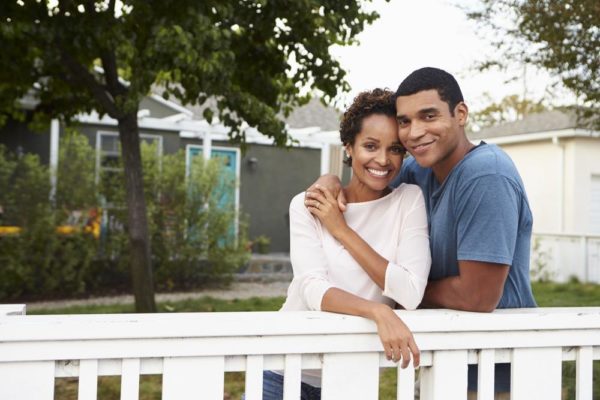 The word ‘compound’ is not a typical word to describe housing or accommodation, but in Nigeria it is commonly used to refer to low-cost accommodation. Actually, if you follow depictions by Nollywood, it usually is a housing unit shared by a crowd of low-class citizens who either live in the poor parts of a city, rural areas or villages. It is not necessarily a word used in reference to a ghetto or low-class settlements, but you can never hear someone who lives in Ikoyi, Lagos say something like: “We have 12 cars in our compound” (except of course they live in the Dolphin area) or people in Maitama, Abuja say something like: “I know that babe, she lives in my compound.”

To be clear though, living in a compound does not necessarily mean you live in a ghetto or some wretched settlement. People who live in regular apartment buildings, shared bungalows and even terrace houses could easily say that they share a compound. While they do not necessarily share a room or flat with anyone, they do share the building or space (compound) with a number of others.

The idea of living in a compound sounds a little boring and ordinary, but in reality, it is a fantastic experience. You get to live with and share your life with a fair share of weirdoes, ‘area scatters’ and wonderful people; all of whom will introduce you to invaluable new life experiences.

However, it is not always merry and bright. Sharing a compound with people you barely know is very likely to cause some problems. Sometimes, these problems are simple misunderstandings; but from time to time there are issues bit bigger then trying to get everyone to follow the compound rules about parking space, sending the gateman on errands, or fighting over generator noise.

To help you navigate the minefield that is sharing a ‘compound’, we’ve listed the most common problems and offering our best advice on how to get by:

Bills, Bills, More Bills
Sorting out bills when you live in a compound can be more stressful than organizing a wedding. Electricity, residential levies and maintenance bills should ideally be split equally between all tenants. However, disputes can arise when it’s time to pay maintenance fees or PHCN bill comes in. It is at that time that people will argues over how many rooms they occupy, how much power they have consumed or how many power-draining appliances they own and how much their share of the bill should be.

If one of you has a lot of appliances or just one that consumes a lot of electricity (like a pressing iron, or an electric stove, or maybe a baker… always using an electric oven) it might be fairest for that person to pay a higher proportion of the energy bill.
It’s worse when there is a tenant in the compound who skips on rent, bills, or household costs. To avoid this problem, elect a finance captain for the compound, someone everyone respects and can listen to, when it comes to talk about money. This should be someone who can handle paying all the bills; this person is put in charge of collecting cash directly from everyone else in the house.
Tenants need to agree on a ratio for splitting bills before anyone moves in. Also, a record should be kept to keep track of who paid what per time. If the tenants are tech savvy, they can download apps such as Splitwise that allows tenants to log their related expenses straight from their phones. That way, even if there is a damage in the compound. and everyone needs to pitch in, it will not cause any major issues.

Cleanliness is next to godliness
The thing about compounds is that the tenants will have to handle certain responsibilities, such as keeping the compound clean, on their own. Everyone has different standards of cleanliness, and they also have different ways in which they clean. For instance, one tenant’s idea of cleanliness could be sweeping the compound every day and only spreading clothes to dry at the back of the house. Meanwhile another tenant does not see any reason why the compound should be swept every day or why they cannot spread their clothes on the compound trees or hedges.

This, as simple as it seems, could easily cause world war III. Whatever the case, find a middle ground. If you are the type who cannot stand dirty people or environments, learn tolerance. You can take the extra step of create a roster for spaces that need frequent cleaning and assigning different tenant with their own duty. If it is too much trouble to organize a compound clean-up schedule, you can ask for monthly contributions to get a cleaner for the compound. If you are a slob on the other hand, remind yourself that some people actually want to live long and cannot abide dirt.

Keep mess to your own room. It is your space, do with it what you will. Always clean up after yourself in communal areas and ensure you follow compound rules. Regarding the issue of meeting other compound duties or responsibilities, a system should be set up to keep each other informed of everyone’s duties, needs and plans, bill schedules, e.t.c. You can opt for a group chat, have a compound white board, e.t.c.

What’s yours is mine
One of the most common problems with living in a compound is having to forcefully share your belongings with others and having your stuff stolen right from under your nose. From food condiments and cooking utensils to personal items like clothes, body cream and even toothpaste, there is hardly any limit to what you may have to share with the people in your compound. The most annoying part is that with time, they will even start using your stuff with first asking. And when you catch them using it, they boldly justify their actions: “Yes, I didn’t have fuel so I just took some from your keg. Thank you”. Worse is when they steal your stuff because it is hard to build up enough evidence against your suspect to confront them. You don’t want to get a bad reputation. Even when you catch them red-handed, you just leave it to God.

The best way to solve this issue usually is to be vigilant and very careful with your belongings. Also, set the example. Do not use other people’s things, as that will discourage them from coming to you.

Gossips and nosey parkers!
Of all the problems people encounter when living in a compound, the gossiping and ‘pok nosing‘ is the most popular. Observing the activities that go on in other people’s lives keeps things interesting; but when you start to share you observations with others and your comments actually affect the way others relate with and view the person, then it becomes gossiping.

There are also times when you just do not get along with someone and you feel the need to spread your false opinion about the person, with the rest of the compound dwellers. This is even worse than gossiping, it is backbiting.

The thing about gossiping and backbiting is that it can lead to fights, police arrests and even murder, in extreme cases. There are so many mentions in the news of people stabbed by their neighbours who simply did not mind their businesses, or for things the people allegedly said about their neighbours.

To avoid this problem, mind your business and keep your own business away from other as well. If you don’t see eye to eye with anyone in the compound, avoid them and keep your opinion to yourself. Refrain from making passive aggressive comments when you do run into them. If you have an issue with them, approach the problem maturely and face to face if possible.

Do you live in a ‘compound’? What problems have you experienced and how did you overcome your them? Let us know in the comments.

Akpo Uyeh: How Do You Cope with a Difficult Co-Worker?

Evelyn Oluwole: From Redundancy to Promotion!