If You're Living With Siblings, You Can Relate to This! 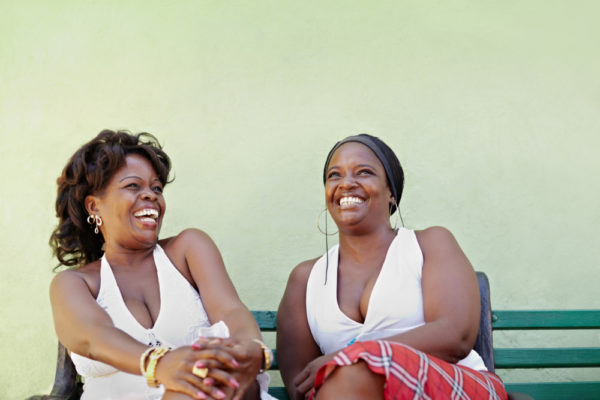 As children or teenagers, some of us have experienced living with siblings. We share our rooms with them, sometimes our personal belongings …and that is okay, we have the same parents who control everything.

As adults, however, we start to nurse the need to attain a measure of independence, especially from our parents. Maybe we need the space to find ourselves, pursue a career, or we have fallen in love and feel the need to start a family of our own, e.t.c.  Essentially, most of us at this point move away from our family. But what now happens when you find that you have to share this independence with a member of your family, maybe a sibling?

Perhaps you are the oldest and your younger sibling  has just gotten a job in the same city or area you moved to and now you have to accommodate them. Or you are having financial difficulties and a sibling offers to move with you and share the rent, that way you both can support yourself?  There is no blessing as having a support system that you can rely on, no matter what we’re going through. Right?

The thing, though, is that being roommates with your brother or sister has its pros and cons. Sure, it’s nice to have the company of someone else, and share chores …maybe even rent with them, but the strains of sharing your living space, personality clashes, and varying hygiene habits can sometimes make you wish you did not have to.  While you have lived with your sister or brother growing up and you feel you know what to expect, especially since you already sort of know each other’s living habits, chances are you may not be on the same page. Being or same blood doesn’t necessarily equal being compatible in all aspects.

Bearing in mind the possible frustrations that could come up as a result of co-habiting with siblings, we queried a few people and gathered stories detailing their foray into the complex world of co-living with siblings. Here’s the juice:

“She needs to realize I am an adult and stop micromanaging my life”
Sade, 22, had to move to Birmingham to pursue her master’s degree, and luckily, she already had the issue of accommodation solved, Her sister, who is 7 years older already had an apartment in the city.

“I was super excited that I would be living with my sister, Tomi. We had never really been close due to the age gap (we were never really in the same life stage) and we have 2 brothers between us. Also, she moved to the UK since she was 11 and only visited during the holidays.  Considering she was single, I imagined a plethora of girl’s night outs, sipping of wine and talking about men …you know, things we did the last time she was in Nigeria. I received the shocker of my life. The first night I brought back vodka from the grocery store, she reported to my parents that I had a drinking problem. She gave me a curfew, gave me things to do around the house and won’t let me invite male friends over or go over to a male’s place.

I understand that somehow, her mind tells her that doing all that is a way of protecting me and its love…but I really hate that she believes that me living with gives her free reign to constantly comment on my every behaviour and constantly harass me over the one she considers “inappropriate”. Having someone constantly bring up your supposed flaws can be extremely frustrating. I am an adult, I can learn from my mistakes and I will grow at my own pace. I need her to get off my neck and let me live. And she is not even doing me a favour since my parents are paying her the room she gave me.”

“I need space to breathe sometimes”
Tega’s immediate younger brother recently came to squat with him in his small mini flat in Abuja. He had “worked” his NYSC posting to Abuja so that he too could escape the claws of their parents and chill with his big bro who is “living the life”. Initially, it was a thrill for Tega, having his younger brother who is was undeniably close to around, but he now recognizes the cons associated with harbouring a younger sibling.

“I feel like I am a 50-year-old dad whose grown son has refused to grow up and leave the house. The rent, the electric bills, the cost of feeding them as well as myself, the lack of privacy, cleaning up after him, I don’t know how I took on this role. Don’t get me wrong, I adore my brother, we are like a covert crime network… he is my best friend, but I just need space to breathe sometimes. When I lived alone, I had independence, I could do my own things at my own pace, go to places freely. But with my sibling, I never get to just do my own thing anymore. I feel like I am obligated to invite him to everything and to make sure he is having the most fun possible. It can be a lot of fun having someone around all the time, but sometimes you just want to chill with your own friends. And I can’t even explain how weird it was the day I found a girl in the apartment. She had made herself comfortable wearing my boxers. It was equally as comfortable when I forced him to leave the apartment one night, so I could attend to my booty call. I honestly want him to leave, but what kind of brother will I be?”

“I have learned a lot of my conflict-resolution skills living with her”
When Ifeoma’s sister who is 6 years older lost her husband and only child to an accident, Ifeoma invited her to come live with her family. Ifeoma is married with 3 children and imagine that living with her for a while would lift her sister’s mood, especially with the kids around. A short visit turned to 4 years and counting. Ifeoma is however not entirely negative about the experience:

“When you are living with your sibling, especially one that is older, it is a little difficult because you are careful not to disrespect her or anything. Luckily, because she and I grew up under the same roof, we are well-versed in one another’s quirks and foibles. And it is easier to be honest with her when you have issues. If I have something to say her or vice versa, there’s no filter.

Of course, there will be fights, especially when one makes unintentional comparisons to other family members to piss each other off, but you both know any fight will naturally resolve itself usually within 48 hours. There is no passive aggressiveness because someone failed to do what they are supposed to do, or the other is putting mouth in an area that doesn’t concern them. Even better, no one’s feelings are ever hurt because this open and honest communication is merely a result of being related. You can be completely open and honest without worrying about ruining your relationships. I believe that while I have been frustrated most of the time, I have learned a lot of my conflict-resolution skills living with her which has even helped in my marriage.”

Do you live with a sibling? What has been your experience? Share with us!

Here are A Few Tips to Help You Save Time While Doing House Chores!