Akpo Uyeh: How Do You Cope with a Difficult Co-Worker? 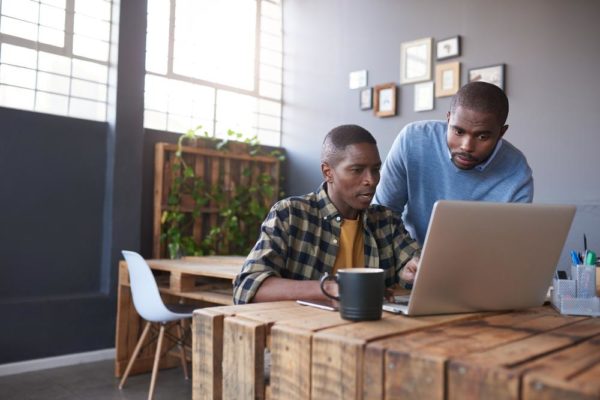 When people of different backgrounds and personalities come together in the workplace, there is bound to be conflicts. The beauty of this is that they can come to a compromise, get to understand themselves better and know how to relate to one another properly to avoid any friction.

However, how about that coworker who this does not seem to apply to because it is just difficult to get along with them… no matter what? While such persons might test your endurance level and develop your character, if care is not taken, they might just make you frustrated and unfulfilled on the job.

This brings me to an incident that happened some days ago. I was thinking of the work load and how I was going to meet deadlines, so dragging for my change with a bus conductor was the last thing on my mind. It so happened that the bus conductor was not only bent on delaying me from getting to work early, but also planning to spoil my happy mood.

Thankfully, a passenger was kind enough to part with her change and that solved the issue. She obviously was embarrassed by the way I kept thanking her for kindness until she disappeared into the crowd. I looked at my watch, I thought it best to board a bike instead of a bus to get to work on time. This time I was prepared and I had my change, so no worries.

Getting to work, I had mapped out my plan for the day. Knowing that I was the one on duty, I had the whole office to myself. I stocked my food pack, downloaded podcast messages from some amazing people to listen to while working. These would come in handy and would definitely make working today quite interesting.

I heaved a sigh of relief that I made to work at the nick of time. So I went to the rest room to freshen up and lo and behold! You won’t believe what I saw in the toilet seat. Two heavy chunks of faeces popping their ugly heads at me!

I rushed out of the restroom immediately for the smell from there was quite nauseating. I thought of who was guilty of this atrocious act, and from all indications, the possible culprit appeared to be Milicent.

Milicent represents that coworker who is just outrightly difficult. She sees you as her biggest competitor. You try to be nice, she interprets it that you have ulterior motives. You are not nice and gbam, she becomes happy that she has something as evidence to use against you.

What did I do? I just kept my distance to avoid any alterations. I could not help but point a finger that she was the one who messed up the toilet. First, she was on duty while I was away, and since I would report the next day, it was possible she committed the act to spite me. Besides, we are the only ones that have access to that office, so who else could it have been?

Well… I could be wrong, but we all know that coworker who is just so difficult no matter how you try to blend with them. Having devised all means to friends with her, my last resort was to keep my distance to avoid any friction.

I remember how work became unbearable because we had to work as a team. For no reason, she would just stir up drama and I promised to keep my cool.

Back to my ordeal in the rest room, while I was being pressed, I was still contemplating what to do. Should I clean it up? Or should leave the mess for whoever did it? That was how I was muttering and complaining, until I realised that I had work to do. Retreating to my seat, I thought of all that I mapped out to do. Would I allow one incident spoil my mood?

My thoughts went back to the annoying conductor and for a moment, I thought that day was supposed to be one of those days. Then I thought about the kind passenger and smiled. Meanwhile, I was still pressed. Somehow, after pleading the blood of Jesus, I cleaned the restroom for my use. I didn’t want to go through the process of contacting the cleaners and hear their own complaints.

The day had just started and enough drama already, determined to not let things take a toll on me, I cleaned the toilet and let it go! However, it left me wondering how long I would be condoning such acts.

Now, I understand while most cleaners are usually grouchy. It is not easy when people make your work difficult for no just reason. Why would anybody use the toilet without flushing for goodness’ sake?  I don’t quite get it at all!