7 Things Which Nigerians Have Normalized But Should Stop Doing... Because They're Wrong & Criminal 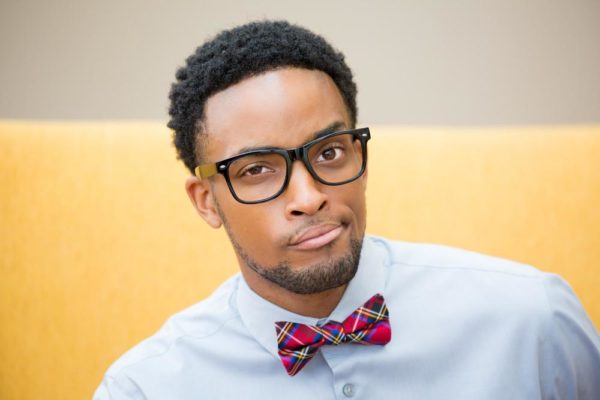 Nigeria is known as a country with a relatively high rate of crime. The crime index by mid-year 2017 was 67.78, the 9th highest across the globe! While many citizens of the country do not deny the fact that Nigeria is a crime hothouse, a number tend to disassociate themselves from crime and often point to the government officials and felons culprits of these crimes. They declare themselves as innocent, law abiding citizens, who have never committed any crime or done anything illegal.

Unfortunately, this is not true. The average Nigerian probably commits at least one crime a week. Most of these crimes committed are not necessarily serious misdemeanours, that would call the attention of the law enforcers. They are the subtle crimes that are easily overlooked by the citizens as they have been normalized; the perpetrators not at all bothered by the fact they are breaking the law, with a number saying assuming that the crimes are minor.

The thing about these ‘minor’ crimes is that they are wrong and actually felonious. Not only do they make the citizens complacent when it comes to crime in general, it tends to herald the bigger ones that eventually give the country a bad rep.

In addition to eating or drinking while driving, pocketing change when given the wrong amount, tooting your horn for any reason other than alerting other road users, and drinking alcohol or buying cigarettes under the age of 18, here is a list of 7 other things Nigerians have normalized which are actually wrong and criminal. We hope that calling your attention to it, you will make an intentional effort to stop these things.

Offensive touching
When the term ‘battery” is voiced, the first things that pop into the mind of people include domestic violence or police brutality. While those are inclusive, there are subtle versions of battery that have been normalized in the Nigerian society. Generally, the crime of battery is any unlawful physical contact with another person, including offensive touching.

You are a trader at the Lagos island market and because you find a part of a woman’s anatomy super attractive, you go ahead and grab her butt or squeeze her breasts…because it is ‘normal’. You believe that it is a rowdy market and she should expect it. Also, someone is sitting in front of you in the bus and you believe her breasts are overly exposed, so you go ahead and pull up the blouse for her. In your mind, you are being motherly, but actually, you are committing a crime. Even more, you are in a public transport system and the ‘conductor’ says something you find insulting, so you slap him across the face. It is normal, you haven’t committed any crime…but only because you are in Nigeria and no police officer can be bothered enough to arrest you as these crimes have been trivialized.

Dropping litter
It is not unusual to see a Nigerian throw biscuit wrappers or banana peels out of their apartments on to the street or out of their car to the roadways. A number of Nigerians would argue that dropping litter on the street is actually a crime. A number would say “If we are not supposed to throw things on the street, why aren’t their dustbins around?” But even when there are bins, the first instinct is to throw it on the floor.

Due to the strong throw-away mentality that encourages random littering, they fail to see the impact such acts may have on the society and do not even understand the justification for laws that stipulate fines for dumping refuge in certain areas.  Litter has an effect on residents, people’s health, on the economy, on business, on crime, on anti-social behavior and of course the environment. There is a reason the government makes a budget for waste management, there are occasional campaigns for it, and officials are put in place to parole certain communities to check proper waste management practices.

Public Intoxication And Disorderly Conduct
It is not uncommon to see someone drunk or under the influence of drugs in a public place in some parts of Nigeria, especially on Friday nights or weekends. They leave the pubs and beer parlours drunk and pass out on the street or even harass some passersby. No one lifts their phone to call 911, instead they laugh at it and make a video, if they have a smartphone.

Sometimes, the police are culprits; they stop you on the street and it is clear they are heavily intoxicated. Their breath reeks of cheap gin and they are rambling on unintelligibly. No one goes ahead to charge them with public intoxication because… “it is one of those things”.  Again, it is not unusual to find men and women with loudspeakers preaching the word of God in the morning and causing a level of noise pollution. While these people may hide under the umbrella of religion, they actually are disturbing the overall order of a public place and could be charged with public nuisance. Throwing of firecrackers on the street during festive periods, burning tires e.t.c are all forms of disorderly conducts that classify as subtle crimes.

Not wearing a seatbelt or wearing biking gear
The average Nigerian will have to be reminded to put on the seatbelt, even when he/she is the driver. And usually, only the person in the front seat actually puts on the seat belt …when they predict a possible encounter with the police. The ones at the back seat hardly ever do, even when the passengers are children. In reality, failure to wear a seatbelt, or to require minor passengers to wear them, could expose you to criminal charges and a prison term. Also, you see bike riders, with their passengers, zipping through major highways without protective gear on a daily basis. This abnormalcy has been normalized. People do not even have arguments over how illegal it may or may not be.

Having sex with someone under the age of 18
In Nigeria, a man who is above 18 would hardly be arrested for dating, having sex with or marrying a woman who is less than 18. It is normal. However, the age of consent to any form of sexual activity is 18 for both men and women.

The age of consent is the same regardless of the gender or sexual orientation of a person. It is an offense for anyone to have any sexual activity with a person under the age of 18. Nigeria’s Sexual Offences Bill actually recommends imprisonment for life as punishment for defilement of‎ any child below the age of 18. There is a subsection that states that ‘A person who commits an offence of defilement with a child aged eleven years or less shall upon conviction be sentenced to imprisonment for life’ , and this has confused a lot of people to assume that 11 years is now the new age of consent, but that is not true.

The same penalty is imposed on defilement of children below the age of 18 as well. Unfortunately, Nigeria does not have a close-in-age exemption or “Romeo and Juliet laws” so if you are 19, having sex with a girl who is 17, you are also liable to the punishment.

Turning children into street vendors and house helps
Child labour involves the employment of children under the age of 18 in a manner that deprives them of basic education and development. In this case, child trafficking is not even being considered as that would be considered an extreme case. Child labour such as turning children into street vendors and hawkers, apprentice mechanics, carpenters, vulcanisers, tailors, barbers and domestic servants is the norm in Nigeria.

It is the standard for parents, especially those from poor families.  Most of these children end up not go to school and have little or no chance to be children. They are off making money for their family even before they understand the value of money. Many do not receive proper nutrition or care, are exposed to harsh conditions and deprived them of their basic rights. Some are even molested in the process, without the parents knowing.

Giving random bribes and sorting lecturers
Bribery, the act of offering or receiving compensation for the purpose of influencing any person who is responsible for performing a public or legal duty, can be considered a tenet of the Nigerian society today. The first instinct of the average Nigerian is to pay a sort of bribe to get a problem to go away. You are caught driving without a license; you simply slide some money to the officer to avoid any further complications. You fail a course in school and rather than carry it over, you “sort” the lecturer out with a few dollars or in kind. Even in very random situations: for instance, you are queued up at a station waiting to get fuel, but you slide the attendant some extra cash and jump the line. It is just easier, and no one is going to put you in jail for it.

Perhaps the worst part of it all is the fact that government institutions tend to trivialize this crime as well. You go to Immigrations to get a passport and you are charged an “expediting fee” which does not reflect on your receipt, or you go to mint your voting card and you encouraged to pay an additional fee for “fast track”.

These above listed are actual crimes that people in Nigeria overlook on a daily basis, and this is because the officials put in place to burb these crimes are either culprits themselves or are not bothered by them. There is a need for the government to create awareness of these crimes so that everyday citizens are aware of them. Also, officers should be trained properly to know when and how to identify these crimes as well as deal with them appropriately. This would be a huge step in making Nigeria great again.

Can you think of other things Nigerians have normalized which are actually wrong and criminal? Let’s work together to build a better Nigeria for Nigerians. It truly starts with us.

Thank you, BellaNaijarians! Let’s Look Back Together as we Celebrate our Blessings and Achievements in 2017