Kayode Omosebi: What is this Bitcoin Everyone is Talking About? 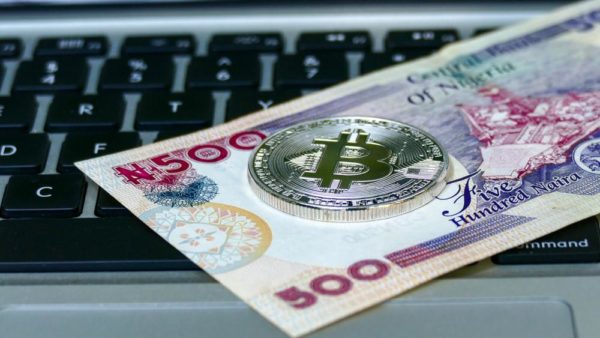 Bitcoin has captured the mind of some, struck fear among others and confused the heck out of the rest of us. If you are still confused, there’s no need to worry. Borrowing from the words of Warren Buffet where he says, to never invest in a business you don’t understand, I’d like to explain the the concept to you without floundering into technical details, and leave you to make your investment decisions.

First, Bitcoin is a type of cryptocurrency and is unarguably the most prominent cryptocurrency in use.  The most precise analogy for a cryptocurrency is a foreign currency that is accepted as a medium of exchange for goods and services. Like the Pound, Euro, Dollar, and Yen, the value of a cryptocurrency like the Bitcoin are solely determined by the forces of demand and supply.

So, what’s the difference? Unlike physical currencies, cryptocurrency is digital, limited in supply and not controlled by a central bank or government. Rather, cryptocurrencies use cryptography to secure transactions, control the creation of additional units and verify transfer of units.

Cryptography is the process of converting legible information into a hack-proof code to track purchases and transfers. Simply put, cryptocurrency is a digital currency that is used as a medium of exchange.

In summary, the key features of a cryptocurrency are;

Unregulated – Cryptocurrencies are not issued by any central authority, rather they are based on peer-to-peer computer networks.

Limited Supply – With paper money, a government decides when to print and distribute money. With cryptocurrency, there is a limited and finite supply that can be mined. For instance, the puzzle associated with mining Bitcoin will result in a total release of Bitcoin of approximately 21 million units.

Secure – Cryptocurrency funds are locked in a public key cryptography system. Only the owner of the private key can send cryptocurrency.

Fast and global – Transactions are initiated almost instantly in the network and are readily confirmed in a couple of minutes.

Irreversible – After confirmation, a transaction cannot be reversed. This implies that there is no safety net.

Some users put their computers to work verifying transactions in the peer-to-peer network. These users are called Miners. Miners use special software to solve math problems and are issued a certain units of a cryptocurrency in exchange. This creates an incentive for more people to mine (anybody can be a miner). Therefore, Mining is a peer-to-peer computer process used to secure and verify a cryptocurrency transactions and payments from one user to another on a decentralized network. Mining involves adding the transaction data from cryptocurrency to its global public ledger of past transactions, which is called the blockchain. The blockchain is used to distinguish legitimate transactions from attempts to re-spend coins that have already been spent elsewhere.

Where do Cryptocurrencies get their value?
First, it is important to note that cryptocurrencies have no intrinsic value, apart from what the buyer is willing to pay for one coin – it is entirely market determined. Now, remember we previously mentioned that the supply of a cryptocurrency is limited, thus the effect of rising demand and limited supply drives the appreciation in its perceived value. Cryptocurrency gains its value from utility, as more companies and governments continue recognizing it as a means of payment or exchange. Also, strict capital controls in certain developing nations and foreign exchange illiquidity in certain countries like Nigeria and Zimbabwe supported the rise in the value of cryptocurrency as people seek to make international payment and preserve spending power. While no one is entirely sure how cryptocurrency will continue to spread to the larger financial world, it seems likely that a limited supply of the currency and rising demand may cause prices to continue rising.

My Take
Just like any new investment or speculative venture, let me start by advising you to be cautious if you decide to invest in cryptocurrency.
Cryptocurrencies are susceptible to monumental price swings at any point in time. With no regulations, they are vulnerable to market malpractices and thus may not be an appropriate venture for risk averse investors. However, some of the significant short-comings of using cryptocurrency may be resolved soon and some exposure in them might prove profitable to risk takers. With the number of firms and countries accepting and recognizing cryptocurrency set to rise, the utility of cryptocurrency (especially Bitcoin) is expected to increase and which should result in  price appreciation. However, the upside is limited to Government’s regulation surrounding cryptocurrency. Favourable regulation will spur utility while adverse regulation may have a negative effect on the utility.

In conclusion, cryptocurrency should be perceived as a speculative investment rather than a fundamental-backed investment. If you choose to invest in a cryptocurrency, it’s prudent to have exposure you can afford to lose if the cryptocurrency goes burst. If it sustains its growth momentum, your small exposure could grow exponentially thereby diversifying your returns. Reiterating what I said earlier, a cryptocurrency has no intrinsic value apart from what the buyer is willing to pay for one coin. So, before you buy any cryptocurrency, make sure you check its acceptance as a means of payment to be ascertain the value and future demand.

Kayode is an Economist and Investment Banker with experience in investment research, corporate finance and investment banking.  He has built a sound knowledge of Sub-Saharan Africa economies and financial markets, with keen focus on Nigeria. He is passionate about the MSME field and aims to plug the funding gap hindering growth in this field. Having seen the obstacles that MSMEs often face when seeking funding to grow, Kayode is focused to link promising sustainable and viable businesses with the investments they need to get off the ground. Thus, he offers advisory and financing services to MSMEs that contributes to the growth and development of the nation. [email protected] @KayTrinity