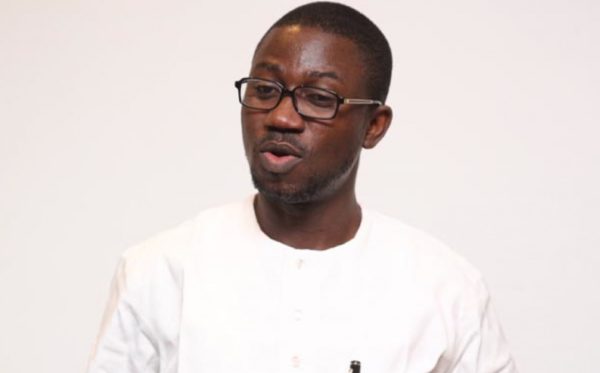 A few days ago, we published a piece written by Black House Media CEO, Ayeni Adekunle click here to read it. We recently received a rejoinder written by Oluwole Leigh. Read below:

***
I have been trying to get my writing game back up and felt the new year would be a great opportunity to do this. Thankfully, Ayeni Adekunle, the CEO of Black House Media came up with this article. Full Disclosure: I have known the writer for almost 2 decades and I am a contributor on his web platforms.

As someone who has engaged in long discussions with him on the issues he raised, I quickly dissected his write-up. I went back to the article a day after the first read and spent more time analyzing his words. It appears in 3 parts. The first part gives the history of the struggle of African -American women against sexual violence, racism and discrimination. He delved into the lasting effects of such violence on the female victims by telling us the tragic story of Recy Taylor as narrated by Oprah Winfrey. The second part talks about Ayeni’s story of Personal growth and how he developed an awareness about the effects of Patriarchal system , Gender discrimination on Nigerian women. The 3rd part is a Call to action for all of us to help fight the evil system that is entrenched on violence and misogyny.

Ayeni’s article served as the perfect introduction for a couple of thoughts that had been forming in my mind. What do Good guys do? The use of the word “Good” can be quite self-absorbent and problematic. How is “goodness” measured? The chaotic nature of the Nigerian state extremely lowers the bar for such measurements. We can say Goodness within our context is simply the absence of evil. Good guys are those who are not attacking and discriminating against Nigerian women even though they have the power to do so. Others may choose to apply more skepticism and say good guys are simply the ones who have not yet been proven guilty. Ayeni identifies the good guy syndrome by saying “We can even decide to be quiet and observe from a distance; after all, we’re not really part of the problem.”

What Ayeni fails to state is that we are actually part of the problem. I will go further to state that the very nature of Goodness makes us complicit in this evil system that we claim not to be a part of. The distinction we see between ourselves and the evil doers evidently lulls us into a false sense of security. Acts of kindness often provide a path to individual absolution but do not bring freedom to those who live under oppression. No matter how these issues are examined, Patriarchy ranks our gender above the female gender and our individual acts of good have failed to change this situation.

A good way to illustrate this situation is by turning into the Bible . Act 7 tells us the story of Stephen and how he was stoned to death because he said things that were contrary to what the Sanhedrin wanted to hear. Specifically Acts 7:58 reads ” Meanwhile, the witnesses laid their garments at the feet of a young man named Saul ” .We could say Saul was the good guy in the story. While Saul may not have thrown a stone, is it possible to say his lack of activity absolved him from the crime? Are Good guys in the Nigerian society not serving as cloak men for others as they continue to make life a nightmare for women?

Ayeni’s last paragraph reads “If we don’t do it, it will be our kids and grandkids screaming #Metoo in few years .” The words in that sentence reflect the greatest fear of those of us who consider ourselves to be the good guys. The realization that our so-called good deeds are kicking the can down the road on behalf of our kids. Should we act to change the world because our progeny may suffer harm or because it is the right thing to do for humanity? Would we still take sexual violence seriously if the Universe gave us assurances that our daughters would not suffer what others are suffering?

I do not have the answers to these questions so I will ask Ayeni. What are the concrete actions men need to take in order to break the foundation of gender discrimination in Nigeria? Where is the Manifesto or action plan that we need to commit to? Where is the checklist that we will use for knowing if we are on the right path? What are industry specific solutions that the Entertainment industry could put in place? Considering that majority of our population exists without Internet access, how do you domesticate these messages in the absence of hashtags? It is my hope that the writer will answer these questions in the next part of his article.