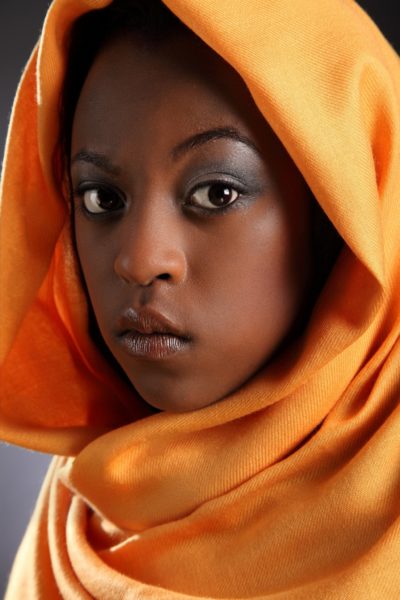 You will see light in the darkness
You will make some sense of this
And when you’ve made your secret journey
You will find this love you miss
— The Police
Because so many people struggle with the effects of sexual trauma, whether in childhood or adulthood, I thought to put together some tips that victims and survivors can use to beat trauma and stop self-sabotage. It’ll always be a work in progress, so be patient with yourself. There is no substitute for doing the work, but I hope these unavoidably incomplete ideas will be useful.

Know what you are dealing with
When making a plan to address any complex problem, it is necessary to know what one is dealing with. Developmental trauma is no exception to the rule. However, because one of the most common ways of responding to any form of distress is with avoidance, in adulthood, developmental trauma can manifest in many ways which are not obviously connected with earlier experiences. Although public awareness is higher, many people only recognize the traumatic origin of their problem after years of suffering. Post-traumatic and dissociative symptoms fly under the radar, and the enactments of those issues in personal relationships, self-care and professional life are attributed to other factors—often re-enforcing self-blame, self-defeating patterns and pushing others away. Why? Because there is often a “don’t ask, don’t tell” feeling to trauma. This is typically institutionalized, and is arguably a core component of our culture—to ignore and downplay trauma. Doing so helps maintain the status quo, preserving stability at great expense. However, by putting traumatic experiences in perspective, working toward having a context for understanding trauma, putting a name to the symptoms and its effects in one’s life while building new experiences which are healthy and self-affirming, can lead to greater empowerment and a shift toward a non-traumatic sense of self.

Be aware in the moment
Emotional dysregulation is a common feature of unresolved trauma. Often there is numbing and dissociation, as well as fixation and preoccupation, or some mix of either extreme. Because traumatic experience is often driven by avoidance of one’s core self, memories and emotions, many people with unresolved or resolving developmental trauma struggle to remain present with themselves and others. However, the basic capacity to sit with and name difficult experiences can be cultivated as part of recovery and post-traumatic growth. Various forms of meditation, typically in the mindfulness tradition, can be helpful for this. Learn to regulate emotions: Because of the emotional regulation challenges unresolved trauma presents, it is crucial to learn how to cope differently. This goes hand in hand with basic awareness, because having effective coping tools empowers one to recognize and respond to challenging experiences in oneself without as much fear of making things worse as a result.

Rewrite your story
Because fear-based brain systems dominate in trauma, one’s story of oneself becomes dominated by generally one-sided, negative perceptions of oneself and others, and the expectations of an unsafe and indifferent or even malevolent world. This is a self-protective story, but sadly comes with high costs as a result of erring on the side of staying away from new experiences which may be positive and useful because of exaggerated fears. It is common to interpret others’ intentions and events in one’s life negatively to manage expectations and try to avoid repetition of injury and disappointment. Mistrust is a dominant theme and shapes decisions. It makes sense – surviving in a traumatic developmental experience often called for such measure, but out of context in adulthood as a sole view of life, it is too rigid and too often leads to repetition which is painful, but confirms the belief in a traumatizing world.

Re-writing one’s story, putting trauma in context, has been shown to be an effective approach for getting out of survival mode and shifting the approach to one’s life, others and life in general. Seeking out positive experiences, cautiously especially at first, over time leads to building a track-record of more optimistic expectations and chips away at the belief that life is incontrovertibly bad. It’s important to have the basic ability to be aware of and manage emotions in order to understand that unlearning old patterns and re-learning new ones is going to have ups and downs before becoming more consistent and reliable. There’s a lot more to this, because taking emotional risks isn’t always going to work, and the times it doesn’t can lead to major setbacks if one is not well-prepared.

Practice self-care
Unresolved developmental trauma too often leads to a negative sense of self. We can feel undeserving of love and care, we can be too-self blaming and having a basic sense of unworthiness, and can come to belief that any attention to ourselves is “selfish”. In addition, taking care of oneself can simply be unfamiliar, a skill set which never fully developed, especially if self-care is overly focused on basic survival. Self-care is about both taking care of oneself physically, but also emotionally, psychologically and spiritually. Building self-care over time leads to a sense of greater self-efficacy, creates resilience, and reduces the negative health impacts of trauma, both mental and physical. Forgiveness, permission to grieve, gratitude and related practices can come with time, and are an important part of self-care as well.

Work with others
It is important to recognize that working on recovery alone may not be efficient, and may even stall at some point. Being able to ask for help is an important part of self-care, and can be difficult to do especially when trauma came from trusted others who betrayed that trust. Having a supportive group is important during periods of forward motion as well as during challenging periods, and having a plan to reach out for help especially when things are at their worst is often the decisive factor.

Cultivate patience
Growth takes time. Recovery takes time. There are periods where things may get better, and other times where it looks very bleak and terrible things happen. The overall goal is to establish a different pattern and to have a goal of maintaining the process, rather than focusing on short-term successes and failures (though goals along the way are useful to establish as long as they are flexible). Patience, compassion, curiosity – are likewise long-term process goals, good to cultivate with the understanding that the on-going effort is worthwhile rather than having an expectation of developing them overnight.

Revictimization means that people who have experienced sexual violence once may be at increased risk of experiencing it again in the future. Revictimization happens for different reasons; however the literature on revictimization does not seek to blame victims for their assaults but only to point out that they are more vulnerable to exploitation by perpetrators than those with no prior history. There is an established fact that early sexual abuse may increase the odds of abuse later in life through four dynamics: 1) Traumatic sexualisation – child sexual abuse results in the association of sex with affection or attention, thereby promoting compulsive sexual behaviour. 2) Feelings of betrayal lead to a strong need to re-establish trust in others, but poor judgement about which individuals are trustworthy. 3) Abuse leads to powerlessness which inhibits victims from asserting themselves in rebuffing unwanted sexual advances. 4) Victims of sexual abuse develop a negative self-image that may lead to substance abuse, risky sexual behaviour, or even criminal activity.

There’s also the theory that child victims of sexual abuse believe the abuse was due to an unchangeable characteristics of themselves that will affect other areas of their lives. Victims who ‘positively reappraised’ their abusive experiences have a lower revictimization rate and are better able to cope with new dangerous situations.
Behavioural changes are also an important factor – once in a vulnerable situation with a potential offender, victims of sexual abuse may lack the awareness of danger, confidence, or assertiveness to end the encounter safely. They’re slower to recognize risk cues than non-victims.

Once potential victims and offenders have crossed paths, the psychological processes triggered by past victimizations may make victims of sexual assault more vulnerable than others. Victims who suffer low self-esteem and feel powerless to control their lives may fail to take normal safety precautions or to resist trespasses by others. They may find it difficult to say no or may accept victimization as part of a relationship, low levels of assertiveness in sexual situations predicts revictimization.

Attempting to analyse sexual revictimization, the cause, and risk reduction strategies is not akin to victim-blaming. This is purely for information purposes which may be useful to workers in sexual violent related field and to survivors themselves.

Traumatized people are often relieved simply to learn the true name of their condition. By understanding what the trauma is, they begin the process of mastery. No longer imprisoned in the wordlessness of the trauma, they discover that there is a language for their experience. They discover that they are not alone; others have suffered in similar ways. They discover further that they’re not crazy; the traumatic symptoms are normal human responses to extreme circumstances. And they discover, finally, that they are not doomed to suffer this condition indefinitely; they can expect to recover, as others have recovered.

7 Ways For Women To Stay Safe When Traveling Alone

Chika Uwazie’s TalentBase: HR Trends to Watch Out for in 2018