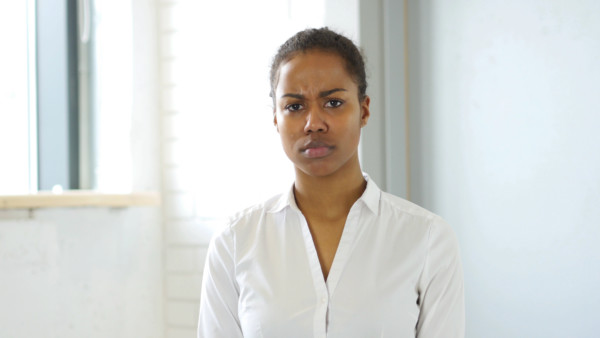 Police brutality is a constant factor in Nigeria. From the Special Anti-Robbery Squad (SARS) being a menace to the society – picking up young people, accusing them of crimes they did not commit, extorting them of their money, throwing those who have no money into prison without a trial and torturing them, the Special Anti-Robbery Squad members have become robbers themselves and they operate with complete impunity. They are now demons that many Nigerian youths run away from.

Cases of police abuse have been recorded in 24 out of 36 states in Nigeria. The mantra of the Nigerian Police Force is ‘the police is your friend’. In contrast, an average Nigerian’s response to the presence of a policeman is flight and fear.

The Nigerian Police Force remains the ‘poster child’ of a deeply entrenched culture of torture, corruption, murder, and other forms of human rights abuse. Every time they are called out on their incompetence, power drunkenness and high level of corruption, we go through the pantomime of faux remorse, empty promises, long phone numbers that are hardly ever reachable and then they are back to status quo – harassing and torturing innocent citizens for their personal gains. It is almost as if the Nigerian police force in incapable of change.

In 2017, the International Police Science Association (ISPA) ranked the Nigeria Police Force 127th out of 127 countries in the world. This means that Nigeria has the worst police force in the world.

Asides the physical brutality and pain that the Nigerian Policemen inflict on innocent citizens, the psychological, emotional, and mental pain and trauma remain with the victims for a really long time. In many cases, some even lose their lives when they cannot heal from the trauma.

A few people have shared their stories: 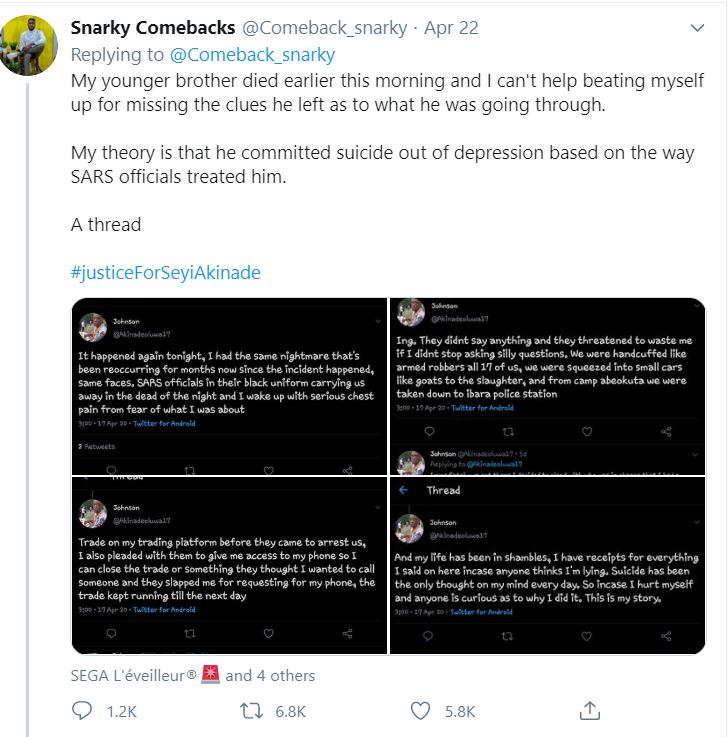 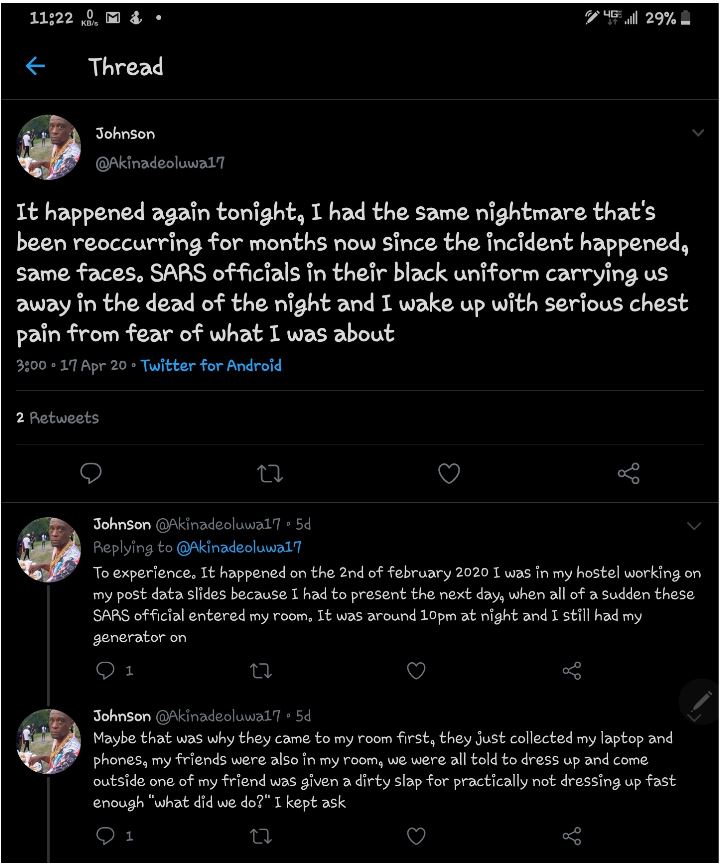 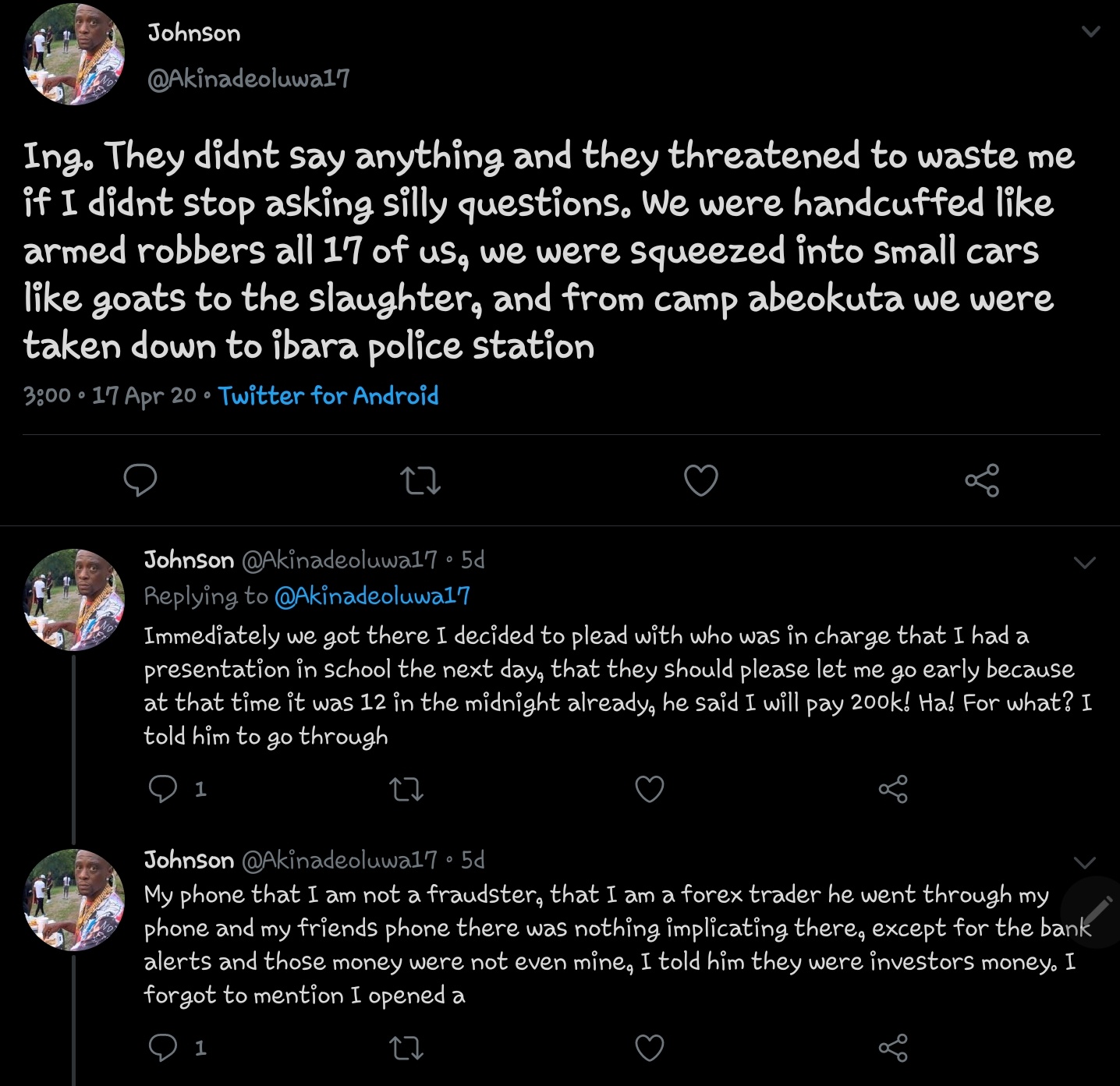 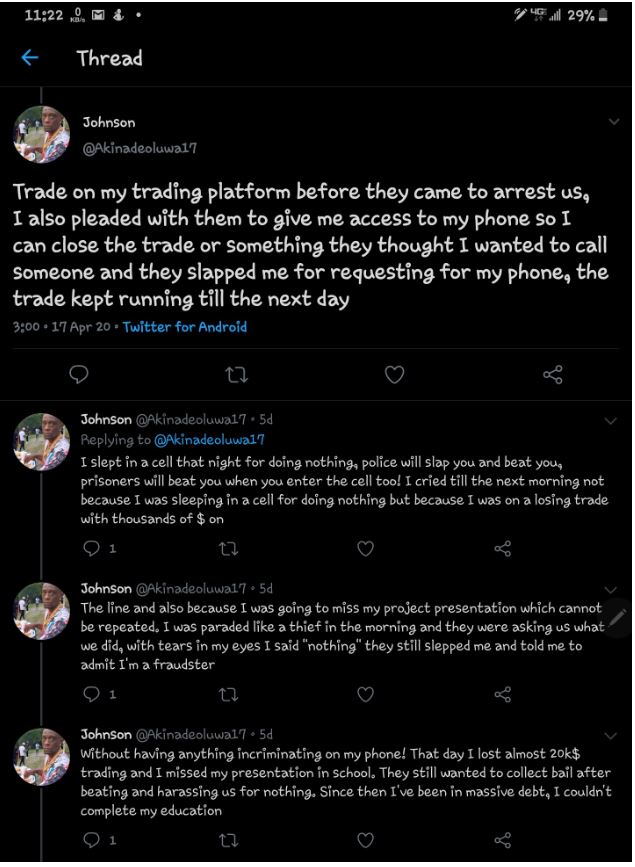 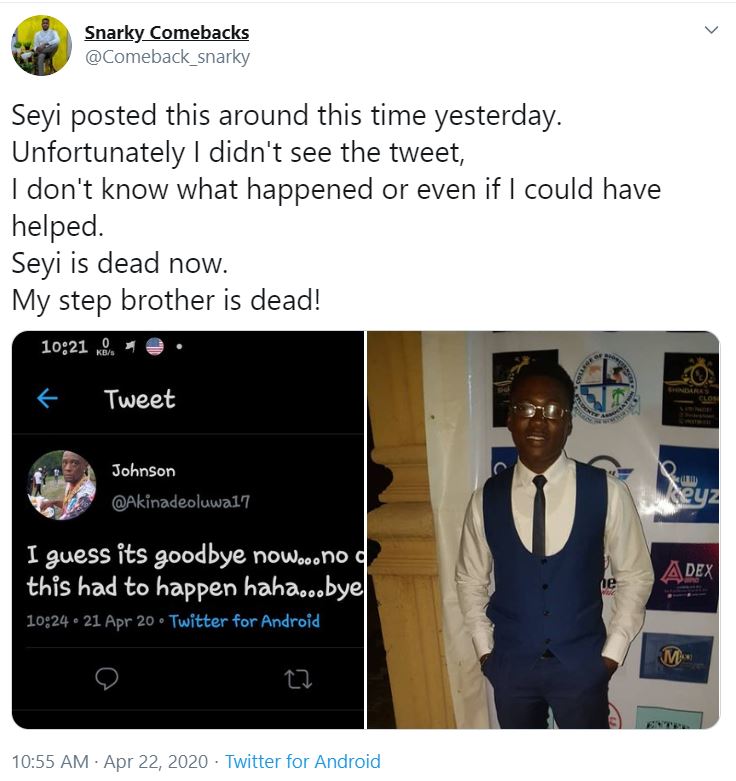 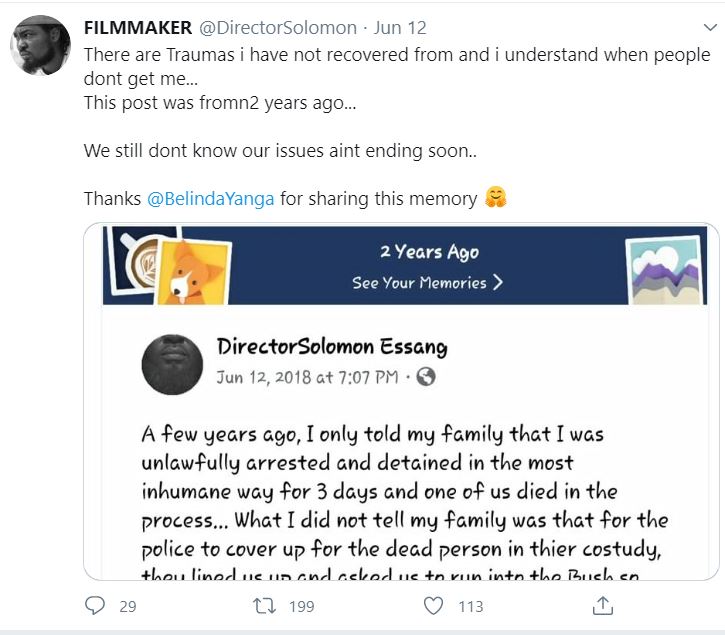 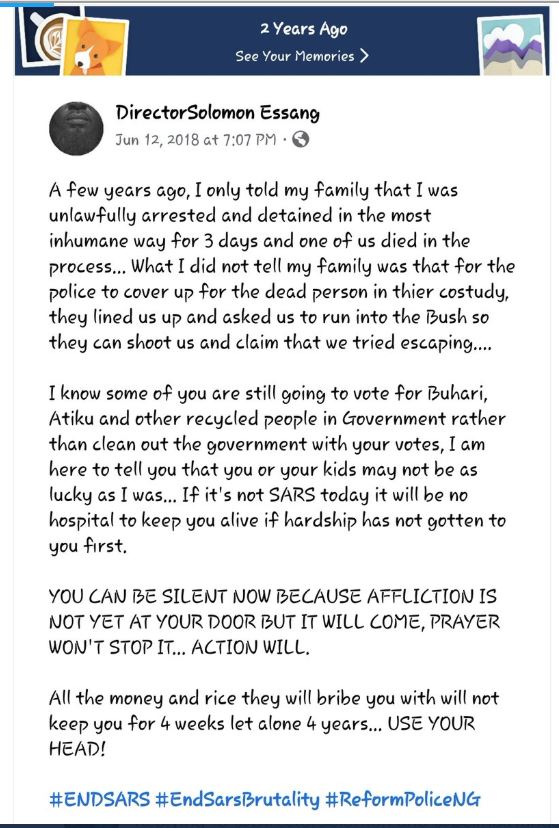 According to Amnesty International:

“On 30 April 2018, Ugochukwu, a 32-year-old trader was arrested without a warrant at his shop. The police officers accused him of paying a gang whose members had been blackmailing him. Instead of helping Ugochukwu, SARS officers requested 20,000,000 nairas ($55,325) as payment for his freedom. They detained and tortured him for six days, and even staged a mock execution to break him and force him to pay. On the fifth day, Ugochukwu was told that his life would end that day because he refused to pay. Four policemen blindfolded and handcuffed him. They pushed him inside a car and drove for two hours. They brought him near a borrow pit inside the bush. They all drew their guns and pointed them at him. Ugochukwu begged for his life as the leader gave the order to fire. He heard the sound of rapid gunshots and passed out. When he finally came to, he was back in the car and policemen brought him back to the cell. He was told that he would not be so lucky next time. Ugochukwu paid 6,000,000 nairas ($16,666) to SARS officers the next day before he was released.”

These people do not scratch the surface of the number of people affected mentally and psychologically by Nigerian policemen. While a few people shared their encounter(s) with SARS and the aftermath of it, others have decided to lick their wounds and deal with the pain as they know how.

But this needs to end.

Silence fuels police brutality. It is exactly what they need to bully and break Nigerians. Silence is like little twigs that keep their fire burning. While many people have shared their experiences with SARS and Nigerian policemen generally, most people do not share how this has affected them in the long run.

If you have been brutalised by the Nigerian Police Force in any way, please share your story of how it has affected you. Did you lose your sanity for a while? Did it affect your job? Your productivity? Your finance? Your mental health? Your social life? Your family?

Do you need help? Have you gotten help in any way? How did you heal? How have you been able to bounce back from it and navigate through life? Do you get triggered when other people share their stories or when you see a policeman?

If you have any residual mental health issues as a result of your encounter with the Nigerian police, please consider reaching out to any of the organizations on these lists below: 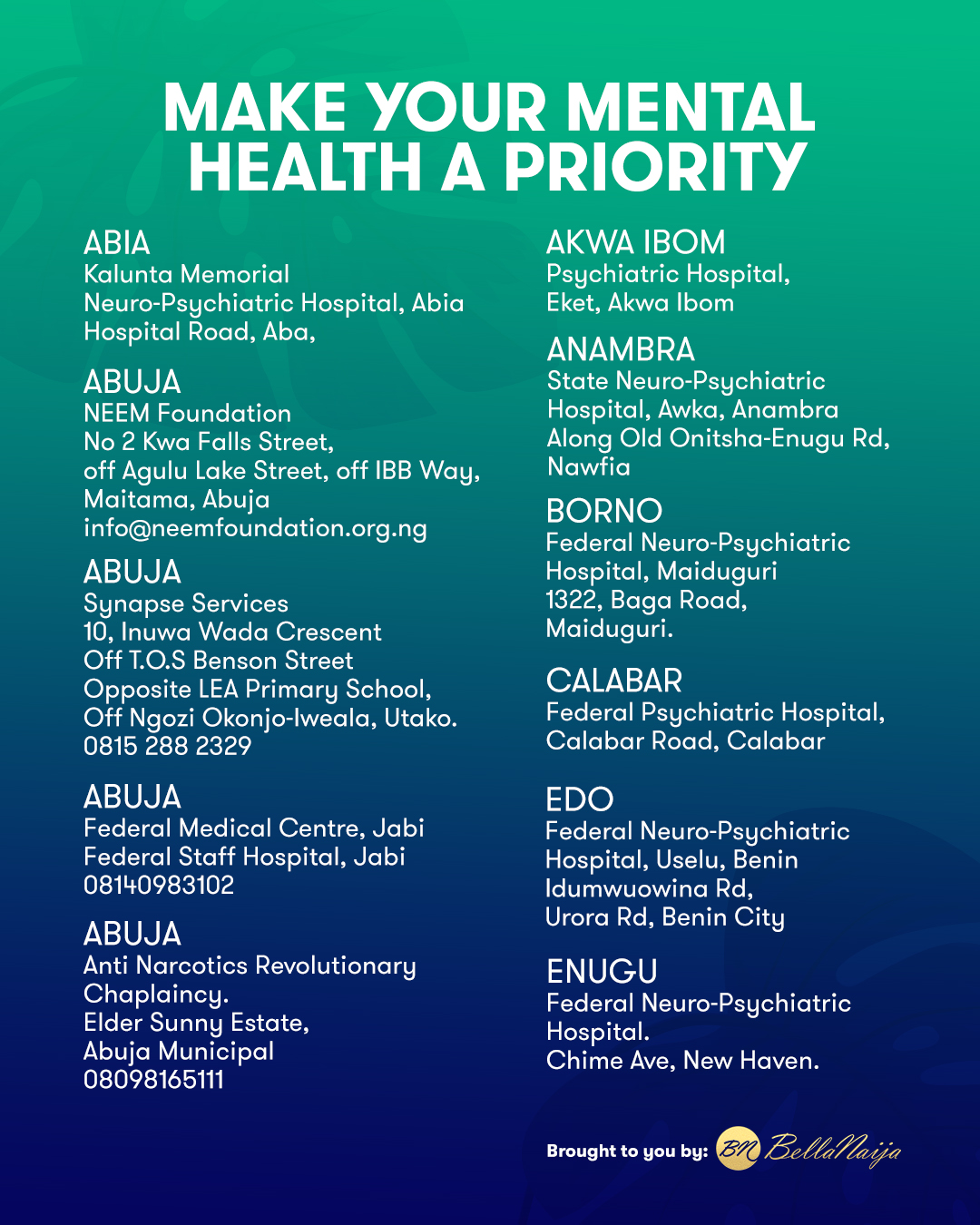 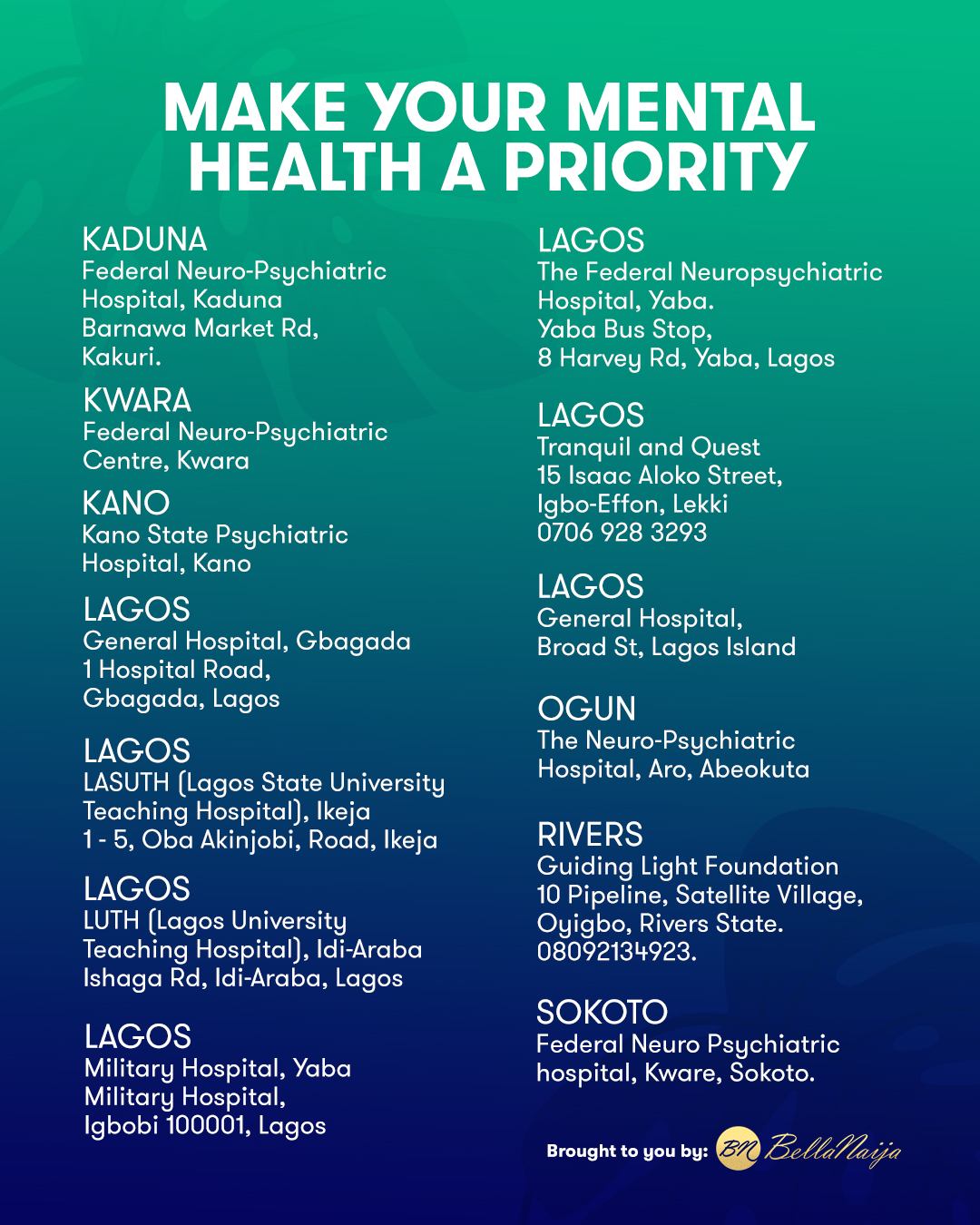 We want to be a part of your story and join you in bringing the menace of police brutality in Nigeria to a halt. Please send your stories to submissions(at)bellanaija(dot)com with the subject:  SARS Impacted Me.

Together, we can work towards ending police brutality in Nigeria.