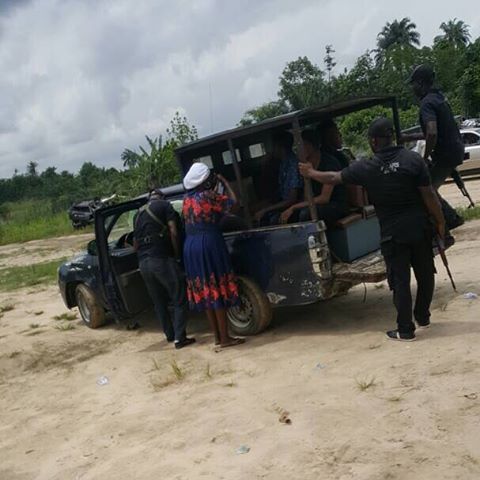 Instagram user @baggybaggz has accused the Nigerian Police of unjustly assaulting he and his friends on their way back from a wedding in Warri on Tuesday. He claimed the SARS arm of the Police attached to Okuovo Police Station detained he and his friends along with a few others and assaulted them without proof of any wrongdoing. Sharing some photos to corroborate his story, he said:

At this moment I AM NOT PROUD TO BE A NIGERIAN, and we all are not anywhere near being safe with any of these so-called “law enforcement”. Please my experience below; I’m Damilola Adeyanju. On 13/04/2017 a couple of my friends and I travelled to Warri, Delta state for a family friend’s wedding to hold on the 15/04/2017. We decided to stay for some extra days after the wedding to have a feel of Delta state since we hardly leave Lagos normally, and so we left for Lag on 18/04/2017. That fateful morning around 6am, we (6 of us) got to Greener Line Park and chattered a 7 seater bus. At about 7:45am we took off, got to Sapele express by 8:30 thereabout, we got stopped by SARS officials for stop and search. We all came down and were searched. They then proceeded to our bags where they found a laptop belonging to one of us. They asked for the receipt and the owner told them he’s had it for years and doesn’t have it on him after which they grabbed his phone from him. Getting to me, I also had my laptop and they requested for the receipt as well, I said I don’t have it on me, then he (SARS guy) called one of his colleagues to take the laptop to their patrol pickup truck and told us to go stand by the truck. Another Greener Line bus was stopped and they alighted 4 other guys from it, told them to walk towards us and we all get into the back of the truck. We asked why and the SARS pilot shouted ‘obey before complain’. So they got in and drove us away. Bystanders quickly told the Greener Line drivers and the rest of my friends to go after us, because the so called SARS people could take us to a bush and probably shoot us and go with our belongings. Fortunately my phone was silent and undetected, so my friends were able to reach me and I quietly told them we were still on the same express. The drivers sped up and caught up with us. After driving for about 15mins, we eventually got to a police station (OKUOVO). The got us out of the truck, walked us into the station, pushed us forcefully behind the counter and told us to sit on the floor. While all these was happening we still didn’t know our offense.

The next thing we saw was them bringing out statement forms and called one of the other 4 guys to the front, stripped him off his shirt and was told to sit on the floor. The officer started asking the guy questions and writing the statement for the guy, and at some point started whipping him with wire. The guy’s back tore and started bleeding from the beating. Out of fear and pain the guy was saying different stories. I was just sitting on the floor looking at my friend like “o boy I no go take this beating oh, we go die here today if e touch me with that wire” Next thing the guy was cuffed and brought back behind the counter. I quickly sent my mom a text message to send me the Commissioner of Police for Lagos state’s number. She called and asked why, I stylishly picked and told her what was up. She panicked and I had to cut the call, she eventually sent the number but unfortunately myself and my friend were next. My friend was told to sit on the floor I was told to stand, it was two different officers interrogating us, the statement form was brought out and the officer insisted on writing my friend’s statement. My friend refused but was threatened so he had no choice but to sit back on the floor because they were armed. So I quickly grabbed the pen from the other officer that I was going to write mine myself. I was asked for my profession and all and I wrote it all down. I’m an Aqua-scaper (construction of aquariums and land scaping). They started asking who could identify my business and I should write the names of my clients, I’m like that has got nothing to do with what’s going on here… They asked for proof of my work I told them I have pictures on my phone showed them, even told them I just came back to Nigeria for this wedding that I’m undergoing a course in South Africa and I showed them proof and he was like they should cuff me, that I’m a cultist and my friend is a kidnapper. Long story short, we got handcuffed until my friends (the bride’s) mom came to our rescue. The cuffs were later taken off but then they said we were in possession of stolen phones and laptops that they won’t be given back to us until we provide the receipts.

I got angry and told him I will provide the receipt on the spot if he can provide that of his phone and he said I was very stupid to question an officer. My friends mom cried and begged but fell on deaf ears. I had sneaked the number my mom sent on a piece of paper and passed it to my friends outside. The “SARS” officials eventually drove off with the other cuffed boys still with our laptops and phones. I called the commissioner and he spoke to an officer of that police station (OKUOVO station) and the officer said he doesn’t know the officers that arrested us before he too ran away from the station on his okada, so it was just us left in an empty police station. We waited till about 6pm and eventually had to leave cos it was getting dark in the middle of nowhere. We went back to warri. On 19/04/2017, at about 6:05am we were back at the Greener Line park to get the bus to take us back to the OKUOVO police station, on getting there it was empty. We decided to head to the same spot we were stopped and eventually got to find them there looking for more preys. I got out of the bus, called the Assistant Commissioner of Police and approached BISHOP (that’s the only info I could get of him), the leader of the “SARS gang”. He said he didn’t want to talk to anybody and I delivered the message to the Commissioner. He heard me say that, grabbed the phone from me and cut the call. He slammed the phone on my chest and started pushing and kicking me, that I should leave. While walking away he came towards my back and hit me at the back of my head, as I turned to face him he began slapping me for no reason. At that point I had enough of it, I got angry and raised my hands in self defense to block the hits then I remembered he had a gun and just walked away. They eventually got some more innocent people to prey on and drove them to another police station (MOSOGAR) in Delta state. We drove behind them, on getting there I didn’t come down from the bus, my friends and the manager of Greener Line went in with them. They were asked to pay N80,000 before our phones and laptops were returned to us. THIS HAS TO STOP!!! Imagine how many innocent people have lost their lives 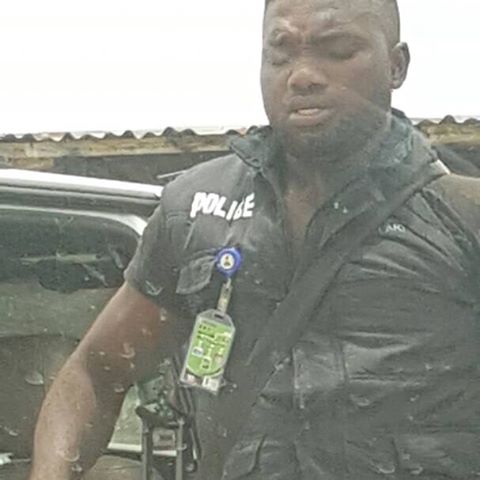 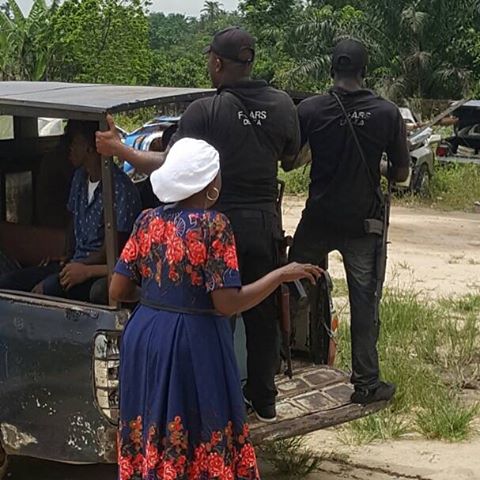 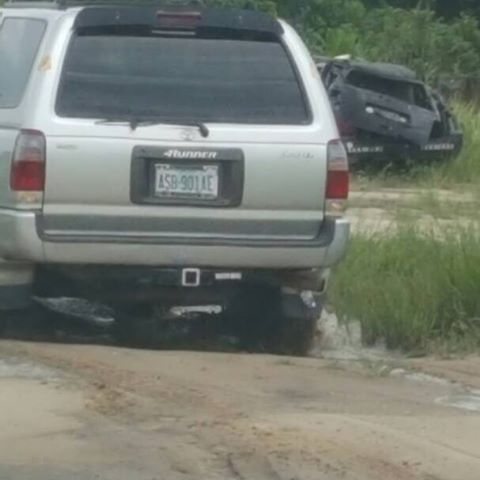 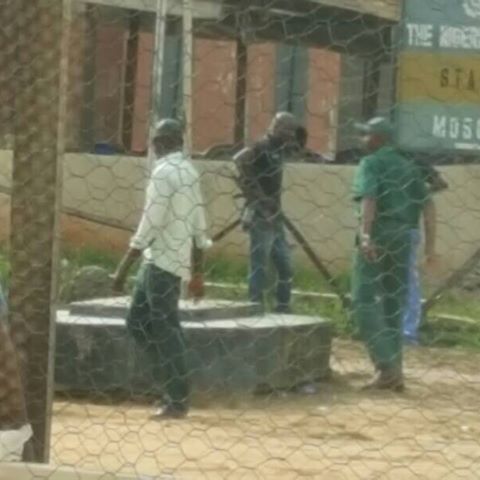