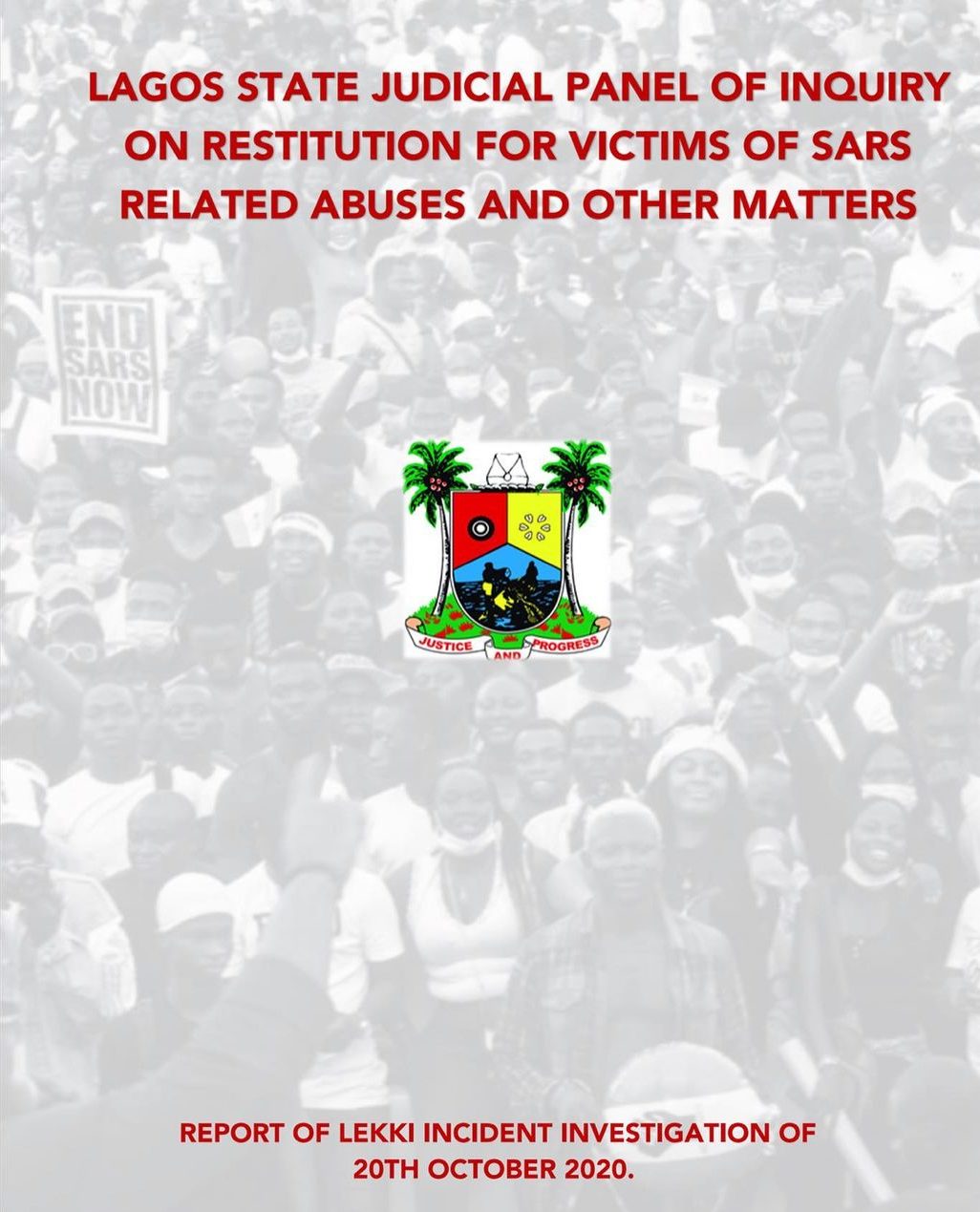 The Judicial Panel of Inquiry on Restitution of SARS Related Abuses and Other Matters (including the Lekki Toll Gate incident), set up by the Lagos State government has released its report and it confirms that the “atrocious maiming and killing of unarmed, helpless and resisting protesters while sitting on the floor and waiving their Nigerian flags, while singing the National Anthem, can be equated to a ‘massacre’ in context”.

The context in the report is a definition of massacre according to Wikipedia — “A massacre has been defined as the killing of multiple individuals, which is considered to be morally unacceptable especially when perpetrated by political actors against defenseless victims. The Panel considered whether what took place at the Lekki Toll Gate on the 20th October 2020 was a MASSACRE.”

The report verifies that the “protesters at the Lekki Toll Gate were defenseless members of the “civil populace, youth and young adults; Both the Lagos State Government and indeed the Federal Government were well aware of their status, objectives and the nature of their protest.”

“The presence of protesters at the Lekki Toll Gate did not threaten the territorial integrity of Nigeria and could not be considered as a civil insurrection to warrant the intervention of the Nigerian Army; Some top officials of the Lagos State Government met with the youths at the Lekki Toll Gate around 12-1pm of October 20, 2020, seeking selected representatives to discuss an urgent matter with them with a view to persuading them to leave the Lekki Toll Gate.”

According to the report, 48 unarmed, defenceless, Nigerian citizens were victims on the said day – 11 of them died at the toll gate, 4 missing and presumed dead, multiple with gunshot injuries and more assaulted by the military.

The report also contains the list of casualties at the Lekki Toll Gate on the night of October 20, 2020, and their names can be found in slides 5 and 6 below:

Remember their names. May the souls of the departed Rest In Peace and may justice be served to all those responsible for their demise.

Related Topics:Lekki TollGate MassacreSARSThe Judicial Panel of Inquiry on Restitution of SARS Related Abuses and Other Matters
Up Next

Tolu & Osi’s Pre-wedding Shoot is Giving us all The Feels of Love!