Jean Clare Oge: It is not always THEM... Sometimes, it is YOU 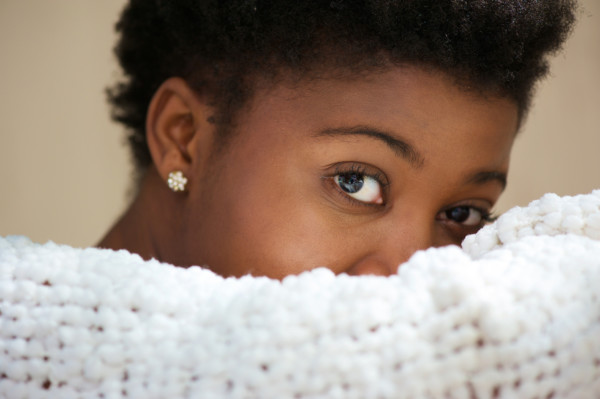 It is important for us to assess our tribe regularly and determine people who are toxic to our overall well being. There are probably a few people in your life that you have ‘canceled’ as a result of this assessment. For some, this ritual habitually goes along with their ‘new year, new me’ mantra. But there is a flip side to this tribe assessment; what if you are the toxic one who needs to be canceled?  What happens then?

Introspection can be such a hard thing for most people to do. It can be difficult to accept, but it is not always the fault of other people. Sometimes, it is you.

Do you know anyone who seems to be drawn to the same relational mistakes over and over again? They do so even when it’s clear that they should have learned from previous painful outcomes of their choices? It could be someone who repeatedly makes the same bad choices or someone who constantly exhibits toxic traits despite being aware of the danger or chaos their actions perpetuate. They just may be incapable of resisting compulsions to repeat destructive patterns because of unprocessed or unresolved painful experiences.

Our backgrounds are capable of shaping us in such a way that we unconsciously and gradually accumulate and internalise some poison. This could be in the forms of past traumatic physical/emotional experiences, toxic habits, toxic relationships, culture, interactions, etc. Our minds are often the longest captives of these past experiences. Unfortunately, we resonate with these experiences, and the resulting toxic traits we unconsciously pick up often outlast the original experiences. They manifest as ‘unwanted gifts’ which set the stage for our future relations, actions, and habits. An interesting expression of unresolved trauma/toxicity is the tendency one can have to reenact some aspect of their original experience.

Reenactment can manifest in different ways in different people. It can manifest in a subtler, internalized form that is expressed through obsessive thoughts, nightmares, or recurring physical sensations. For some others, it goes beyond that. They remain preoccupied with past painful experiences at the expense of other life experiences. They continually and unintentionally recreate recurring patterns/behaviors that they are familiar with. This is because they have become accustomed to living in chaos and toxicity. They see the world through a dysfunctional lens, and chaos has become their ‘normal’. In reenacting, they may take on the role of either the victim or the perpetrator who caused them pain.

In assuming the role of the victim, one may find that they are continually drawn towards toxic people, or towards unhealthy behaviors. They are unable to stop getting themselves into these situations. In assuming the role of the perpetrator, they may internalize the toxicity of an emotionally/physically abusive parent, partner, or friend. They go on to project the same messages and actions on other people. They don’t know how these patterns keep repeating themselves, and they are also unable to control them. They may go in a positive direction for a while and then seemingly choose to do something to sabotage themselves. Logically, it may make no sense, but it is what it is.

The existence and influence of unprocessed trauma are often out of our awareness because it’s mostly driven by the subconscious. We may not know that they are there, but their effects will be obvious. The unprocessed pain keeps accumulating through reenactment, new experiences, new circumstances. You project unhealed wounds and accumulated poisons through toxic habits that negatively impact you and the people around you. It leaves you unable to tell the difference between what is truly happening in real-time and what is not. You go into the vicious cycle of repeating the same patterns.

Perhaps you know a few people like this. Perhaps this describes you. You may be repeating toxic patterns because of the unresolved trauma you have locked in your mind. These patterns will negatively impact your tribe, just as it has impacted you. Sometimes, the rituals of canceling people are just not enough to sanitize your circle.

You can cancel people all you want but until you begin to acknowledge and heal parts of you that resonated with past trauma/toxicity, you may just keep moving in circles.

Until you evaluate these patterns that you recreate, it will be the same dynamic with the next set of people. Same action, different people. The change and healing have to come from within. And it is possible