Love without Boundaries with Bukola Ayinde: Why are You Afraid of a Child with Disability? 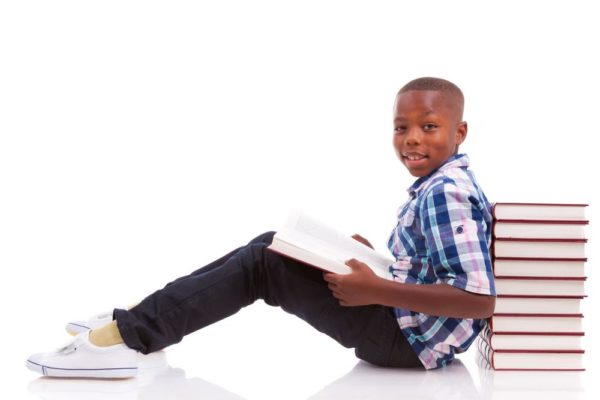 Last month, I had the opportunity to speak with a mum who has a six year old daughter living with cerebral palsy. She complained that she had been trying to get a school that her daughter could attend without success. A school agreed to accept her daughter. Her daughter spent only one week at the school before she was asked to withdraw her. When the mother asked what happened, she was told that another mother who had three neuro-typical children (children developing normally) in the school threatened to remove her three children if the six years old girl was not asked to leave the school. Presently, this little girl is at home.

I have seen some children who have been asked to leave school because they can’t use their hands or talk. My daughter, Nimi is unable to use her hands and she doesn’t talk clearly, but she attends school and she does so well academically. It saddens me to see other children in her shoes who are denied the opportunity of going to school based on their physical challenges.

It is true that some schools do not have the requisite knowledge on handling children with disabilities. However, the easiest way to start is to have an open mind and to show empathy. There are non-profit organisations that train teachers on how to teach and manage children with additional needs. There is a lot of information on the internet.

My question today is this: as a parent of a neuro-typical child (a child without disabilities) what are you afraid of? What are your fears? Why do you find it uncomfortable to have children who have disabilities attend the same school with your children?

I have heard statements such as ‘how can abnormal children be in the same class with normal children? Some parents call children with disabilities demons. My question is, have you seen a demon before? What does it look like? Disabled?
The Bible says that the head of demons was one of the most gorgeous creature God made. His appearance was beautiful and dazzling. He was covered with every precious stone: gold, sardius, topaz, diamond, beryl, onyx, jasper, sapphire, emerald, and carbuncle.

Does that sound anything lower than perfection? Certainly not.
I have been to deliverance churches and I have seen beautiful sisters and brothers roll on the floor and manifest different spirits under the anointing. A child doesn’t need to have disability to be under strange influence.
Some parents say they do not like their children to associate with children that drool. The fact is I do not understand how the saliva will touch another child. Secondly, saliva is not poisonous. Thirdly, neuro-developmental disorder is not infectious in any way. It is a brain disorder, usually occurs at birth or early years of a child’s life.

Then permit me to pose this question: if in the future you become ill, let’s say stroke or Alzheimer’s disease would you prefer your child to abandon you or hide you in a room? You may say it is not your portion, but I have come to understand that the world is not a perfect place. I believe no one dreams of growing up to become dependent on others neither does anyone pray to have a child with disability.

Last month while speaking to a 21 years old girl living with a learning disorder and cerebral palsy, she immediately tried to cover her face. I told her not to apologise for who she is because she was not given an opportunity to choose her life; if she had, I bet she would have chosen to look like Agbani Darego.

On the other hand, which we are not too patient to discover, having children living with disabilities in our schools have benefits that cannot be overemphasized. It brings creativity into the classroom. The teacher may need to introduce creative ways to teach the child with special needs. Whatever method she comes up with will benefit other children who may be having difficulties in some subjects. The children will also make creative ways to speak or play with their disabled classmate. They will understand early that life is not perfect. They will learn to accept differences, show love and empathy to people especially those who are venerable.

The children we are shielding away from special needs children are the future leaders who would become doctors and scientist that would champion the search for a cure for developmental disorders. They are the future public workers who will make laws that would improve the welfare of people living with disabilities. They would ensure that people with disabilities have access into all public buildings. They would build roads and pedestrian bridges having in mind that physically challenged people will also use them. They will provide buses that have ramps and give concession to people with disability. They will provide parking spaces for disabled people that are close to the entrance of buildings. They will manage organisations that would employ people living with disabilities. They will pastor churches that speak to their congregations about loving their neighbours who have children that have disabilities.

Remember, not everyone is born with a disability some other people acquire a disability through their journey in life. No one knows tomorrow. Let’s make the world a better place for everyone.

Reuben Abati: Where is the Nigerian Opposition?