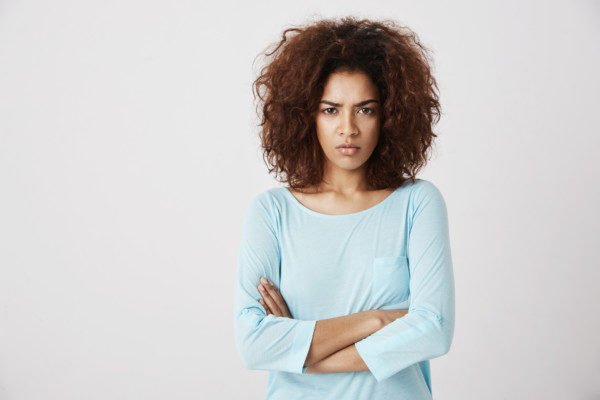 In the average Nigerian home, male children are raised quite differently from females. The boys are given privileges that girls are deprived of. Girls are expected to conform to certain norms or live up to certain standards, that boys are not.

From birth, the female child is already placed to accept that she is indeed a different sex and to an extent inferior. The society further conditions her to believe to that she must act or a be a certain way. She is expected to accept certain mediocrities, to be  successful. Thus, leading her to a limited understanding of her possibilities and capacities – particularly her physical and intellectual abilities.

This also interferes with her ability to the make choices that lead to independence and personal fulfilment.  Even more, she is forced to endure certain mistreatments that become barriers on her path to attaining her unique self and achieving her full potential.

Studies have since shown that when you believe and invest in girls, the whole world benefits. And although Nigeria is making positive progress in not only realising women’s rights but also investing in them, there are still barriers in society (unique to women) which are making this endeavour more challenging.

Stereotypical ideas of femininity
This is the biggest barrier females in Nigeria face. Despite the many legal, cultural and intellectual challenges that have called it into question, gender stereotyping remains entrenched in Nigerian society. Our society has a set of ideas about how we expect men and women to dress, behave, and present themselves and women are forced to define themselves in relation to this gender stereotypes, thus their self-concept is shaped by these stereotypical ideas of femininity.

These stereotypical ideas serve as huge barriers, as they instil in these women, ideas of who they truly are and deny them of the chance to fully express themselves and their potentials. Most women in Nigeria feel that they’re not allowed to be independent, smart or assertive. These ideas create unequal or unfair treatments to women who choose to defy the society’s assumption about what it is to be a woman. Breaking down gender stereotypes will allow women in Nigeria to be their best selves, thus achieve their full potentials.

Patriarchal barricades
The Nigerian society is a male-dominated one. The Nigerian family features a power system which advocates a pecking order that depends on generation, age and gender. The elders are normally superior to the younger generation, and men are absolutely superior to women. Traditions, religions and norms tread on these lines of patriarchy. They deem women incapable of handling power and responsibility whether political, economic or social. Patriarchal values imbibed within society have been projected and reinforced through the years through male-dominated institutions which have internalized the idea that the woman was inferior.
Society continuously refuses to believe that a woman can take charge of affairs and is capable of making decisions that are binding to everyone. Thus, being a woman becomes an impediment to achieving certain goods, at every level and in very different social and professional contexts. Such patriarchal mindset makes it hard for women to pursue their rights, chase their authentic dreams or fulfil their potential.

Standards of white femininity
Nigerians were colonized by the British; it is understandable that the effect of colonization is still so evident in the way the country’s system functions. And while major benefits can be accrued to this colonization, one of its persistent cons is the limiting standard it has set for the Nigerian girl/woman.

Nigerian girls, in particular, have long endured the struggle to conform to a standard of white femininity full of clichés and sexist paradigms. They grow up inserted into a culture that teaches them to admire the Barbie dolls with soft long hair and other thin, white/ pale skin characters that wind up in happy endings of prosperity. These young women then believe that they are “different” and thus suffer from not feeling beautiful.

They are then forced to perm their hair, bleach their skin, go through sugery to have the perfect nose, and speak in a certain way or act “posh”, so as to fit the European standards of beauty. Conforming to these far-fetched expectations based on comparison to white femininity is such a strong requirement, so much that the ones who dare to maintain kinky/curly hair, a broad nose and dark skin have to deal with a mentality of scarcity and fear, e.g., thinking they are not good enough.

For example: assertive women are called “bitches” and “whores” and tagged “off-limits”. The society through its norms creates a sort of obsession in women for the image they portray. It shows women to downplay femininity, or to soften a hard-charging style, or to try to strike a perfect balance between the two. They end up spending so much of their time and energy on managing these perceptions, setting themselves up for self-defeat as it lessens the emotional and motivational resources available for larger purposes. These women focus on how others perceive them, and in doing so, become less clear about their goals, less open to learning from failure, and less capable of self-regulation.

Can you think of other barriers and how they can be tackled?

Design for Business by DODO: What Companies Can Learn from Vlisco’s Approach to Fighting Competition