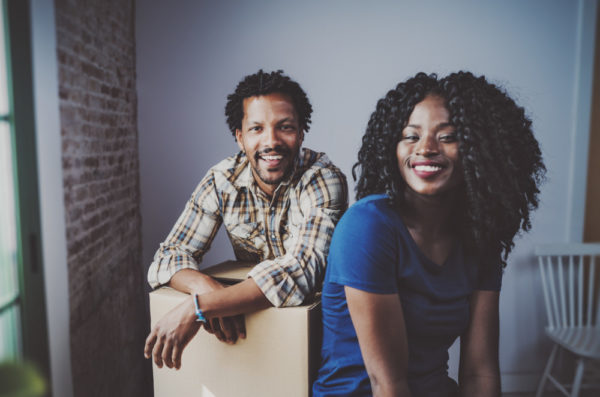 Two of the things I dreaded when I entered into a committed relationship with my then-boyfriend-turned-husband were: becoming vulnerable, and losing my independence.

First, I did not want the vulnerability that comes with loving someone; or how your significant other (s/o) knows which button to press that can make you go from Mother Theresa in one moment to Cruella Deville the next. Second, I did not want to lose my sense of independence. I had been used to making decisions for myself as long as I could remember; this was one of the perks of being the first child, which was further buttressed by spending six cold years in boarding school. So, imagine my fears when my boyfriend asked to make our relationship official. I remember telling him how I did not want to lose those two things. And that I did not want to become one of those people who after getting into a relationship cut off their friends and become fixated with their s/o. I made it clear to my boyfriend that it was imperative that I kept my sense of me, for our relationship to thrive… and he seemed to get it. We dated for almost six years and I can state that probably that was how long it took me to be comfortable with the idea of spending an eternity with someone in a committed institution.

The actual wedding day was a blur. As you can imagine the typical wedding sponsored by the parents filled mostly with people and ‘relatives’ who you don’t really remember but who suddenly want a stake in your life. After the circus (OK wedding) was over and when it dawned on me that this was real, I would struggle with a protracted case of post-marital blues. My mind would churn fast as I battled with anxiety at the idea of being someone’s bride. I knew I loved a person I had married, but it was the ensuing ‘perks’ that left me discombobulated.

The idea of being called ‘Mrs.’ was a tad discomfiting and I almost went into panic mode at the idea of changing my last name to his. I could only liken this fear to that of losing my identity. I had always known that I could never fit into the mold of the traditional Nigerian wife (whatever that meant), but that did not amount to much when you live in a heavily patriarchal environment.

Initially, I tried to fit into that mold but it seemed the more I tried, the deeper I sank into depression. I also felt that some of my single friends were slowly fading away, due to no fault of theirs, but maybe they just thought they had to reduce their interactions with me now that I was married.

The months following my marriage were probably the loneliest I would ever felt and I was not prepared for it. I did not know who to talk to and as every newlywed around me seemed giddy on the outside; I kept it all inside for fear of being a Debbie Downer. My husband, on the other hand, seemed to get it and assumed his role so seamlessly… as if he got a memo I was not cc’d on.

Getting out of that depressive phase was difficult and I had to take intentional strategies not to drown in the deluge of my predicament. I decided to focus on known parameters and make the unknown ones, negligible. Two things I was sure of: my love and zest for life, and the fact that I loved this man that I had married.
Breaking the mold entailed not thinking about fitting into the box. It also probably helped that we moved away shortly after getting married and started life anew in a place where my cultural norms were not enforced, and I could create an artificial culture.

The society I had grown up does not prepare girls for independence in anything. Way before you reach pubescence, you get an earful of how all you do should prepare you for marriage and how your identity and worth is dependent on how valuable you become in the eyes of the highest bidder – aka your husband. There is definitely no winning for us as females because it seemed that our destiny had been sealed before we were born. Society worked it all out for us way before we even had a say in it. Society does not take into account your individuality as a person. Personally, adding the role of ‘wife’ to the litany of roles I already had (i.e., daughter, sister, granddaughter) almost toppled off the alignment of hats I had on.

It has been almost seven years now and I think I finally get it. For one, I have been able to keep the friendships worth keeping and I have been able to understand that my identity as a person does not lie in my role as a wife. I still do not see marriage as an achievement, but as a partnership between two people who should feel lucky and blessed to have found each other.

Last year, I walked down the aisle, albeit a different one, to receive my Doctorate in Pharmacy. I say this walk, without any iota of spite, feels more than an achievement to me, than when I did the penguin walk with my husband almost seven years ago. And I still count myself blessed to have been hitched to such fine gentleman. The triumph (and indeed the hardship) we have enjoyed together feels more like the achievements than the act of just marriage itself.

I could give a playbook of how to have a happy marriage, but I am afraid my approach is not the end-all be-all for others. From an outsider’s perspective peering into our marital life using those traditional-colored lenses, it would look abysmal.

For starters, my husband is not very traditional and he doesn’t believe in reductive gender roles. For example, he does things around the house a lot (I should give his mum most of the credit for this) and does not demand a medal (anymore) for this. This is why my story is not for everyone to glean from, but for others who may have struggled or are struggling as I used to. My hope is that the message gets to those who really need it and my message is simple: whether you get married or not, you have an intrinsic value you should not try to validate via your coupling with another person or the lack thereof.

You are already worthy, not because of what you can do or what your name change suggests, but because you already are. Husbands should also help their wives retain those unique traits they saw in them before they got married, especially seeing as we as women can easily get lost. Fostering this individuality can definitely be the key to having a balanced and happy marriage.

I have had people tell me, multiple times, that I do not look nor act like a married woman; they do not say this in a disparaging way. I take this as a compliment because I want my personality to shine from my individuality. Then, I often wonder what a married woman looks like. In any event, I can say that by finding me, despite almost drowning in the idea of being a Mrs. (with copious help from the Mr., of course), I was able to preserve my marriage, mostly.

Throwback Thursday: Raise your Hand if you Did This in School ??

Mo! hails from Lagos (yes, we still exist) and has come to fall in love with the Korean culture – politics, drama, language, food, economic development (pre and post the Korean war). Mo! also loves to writ(h)e and have meaningful conversations with people with diverse opinions. She speaks 4.25 languages (Yorùbá, English, Korean, Pig Latin, and 0.25 French), has visited a few countries, and is excited to explore more. She's also a cultural nomad who resides in Oklahoma City where she works, does Toastmasters (an organization dedicated to communication and leadership development), raises her imaginary quokka, and volunteers with Korean international students. Mo! is extremely curious, needs to learn something new every day, and hopes to infuse that insatiable thirst for diverse knowledge into BN readers. Mo! hosts the weekly podcast - The More Sibyl Podcast (www.mosibyl.com) - a podcast on culture and cultural nomads. Mo! holds a B.Pharm (Hons.) from the University of Lagos and a Ph.D. in Health Economics and Outcomes Research from the University of Texas at Austin. She currently works as an Assistant Professor at the University of Oklahoma. Mo! also writ(h)es here: https://medium.com/@Mosibyl Follow Mo! on Instagram, Twitter, and Facebook as @Mosibyl. Email Mo! on [email protected]