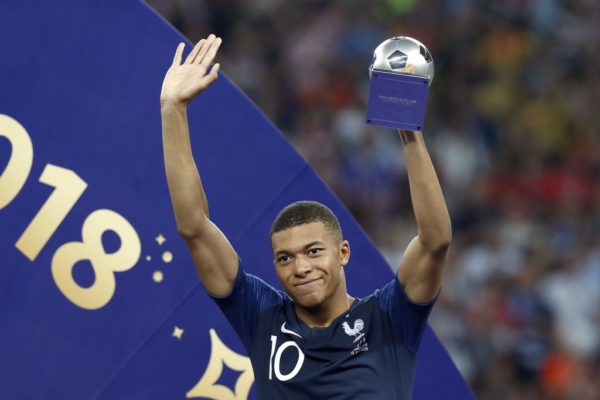 As you probably know by now, the French are the champions of the 2018 World Cup for the second time after their 1998 victory on home soil. From then till now, one thing remains clear, France comes fully packed with a strong team.

This year, I watched some of the matches while skyping with my friends back home. There is something about watching soccer with people who play the game so well… but only with their mouths. Sometimes, I imagine these people in jerseys in front of millions of people playing out the same instructions they easily dish out in front of the TV. The image that comes back to me never fails to crack me up and this makes it all the more fun. I learnt quite a lot from the World Cup Russia 2018 and I will share with you my top three lessons.

There’s power in solidarity
I like to think that the true game of football (soccer to some) has its own spirit. A spirit that does not care who you are, what you’ve been through, where you’re going. This spirit has no regard: black as coal, white as snow or brown as mustard. What matters is that you speak its language. Looking through the 32 teams that qualified, about 25 of them had a player who was not born there, or held origins from another country. Immigration still takes centerstage in our world today, albeit in a negative spectrum. At the World Cup, this meant nothing.

On the field, these players were brothers who swore allegiance to the respective countries they were playing for. Watching as they stood side by side in their national jerseys singing their national anthems, I was impressed to see the determination in their eyes to make the win. This reminds me of what it means to cheer for my country Nigeria. during football tournaments. Having about 250 different ethnic groups in the country, when the players emerged on the field to play, all we saw was green. With hearts beating fast, eyes glued to the screen while moving our bodies with the player who had possession of the ball at that time, it didn’t matter if you came from the East, West, South or North, we were one. This got me thinking about how the world would be like if we all with our different hearts had just one voice. A voice that speaks of equality, peace, love.

In my opinion, this would cure the hurt, pain and make all the difference.

Anything is possible
One match I will never forget in a hurry was that of Germany and Brazil in 2014;  Brazil, the kings of soccer lost 7-1 to Germany. I was in awe at the rate at which the goals kept going in! I remember the arguments attacking both the defense of Brazil and not giving due credit to the German strikers especially the formation that was adopted. Fast forward to 2018. Ranked by FIFA as number one country in the world for soccer, Germany suffered a 1-0 defeat from Mexico and a 2-0 loss to South Korea. Who would have thought that the reigning champions would not qualify at the group stages?! Another exciting fact was the energy and skills that the Croatian players came with. When they emerged top of Group D, it was obvious that they were in this to win it. No one could have predicted that Croatia would qualify to the finals and stand a chance to win the World Cup for the first time ever. This goes without saying that believing in yourself is key even when people around you don’t understand what you’re doing. Do not let the successes of others cause you to belittle your humble beginnings. Be steadfast, trust your journey, don’t give up. In the words of Lupita Nyong’o, “your dreams are valid, no matter what”.

Talent is NOT a guarantee for success
If only raw talent was the deciding factor for the winners of this World Cup, then probably we would be celebrating the Belgium team. With powerful and skilled players like Lukaku, Hazard and then Bruyne, most people expected that nothing would stop them from reaching the finals. I think when it comes to real success, there are other factors at play, some of which are- your belief (whatever that may be), true commitment, your attitude. However, sometimes you get to a point where a combination of all these might not bring your desired outcome. Life doesn’t always serve us with the fruits we want, there are sometimes lemons added. After making the proverbial lemonade, change your strategy and move on. I believe that having a strongly positive mindset and an indescribable burning desire to succeed especially when all fails cannot be over-emphasized.

Now, the world awaits to see what the reigning champions will bring to Qatar in 2022 especially if and when Zizou (Zinedine Zidane) takes charge as coach. Before then, I’m sure there will be some changes in the French team to ensure their success again and retain their position as reigning champions. After all, that’s the only constant thing in life: change.

Funmilola Ogunseye: Aching For the Kind of Passion For Nigeria that Nigerians Outside the Country Have

Nkembuchi Melaugha is currently an MBA student living in Canada. She’s a Jesus-lover, nature and music buff who likes to throw in some dance moves every now and then. When she’s not head deep in lectures, financial reports and case studies, she loves writing these words you read. Website-www.nkemsays.com; [email protected]