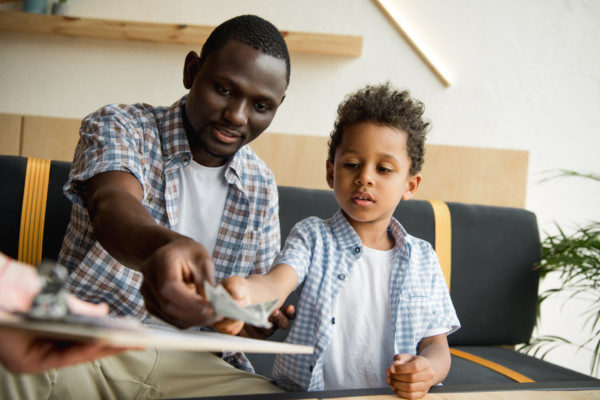 I was on the bus the other day when some woman began chastising her daughter for speaking Yoruba to her little brother.

She didn’t mind that she was in public. She went on to correct her daughter in her shattered, discombobulated and very irritating albeit humorous supposedly “English language.”

To say I was traumatised by how this lady assaulted everyone in the vehicle, especially her kids, with her terrible grammar is an understatement. Trust me, guys, this lady would definitely give Jenifa a run for her money.

She went on and on conversing with her daughter with her terrible grammar and pronunciation, which made one of the passengers in the vehicle laugh aloud. “Madam, just speak your native language to this girl and save us all this headache. I’m sure your girl understands Yoruba perfectly,” the irritated passenger blurted out.

I wished I could hug him at that moment. He’d said exactly what I had on my mind.

This didn’t go well with the woman though. She began shouting in her “discarded Yoruba language.” She chastised her daughter for speaking earlier. Apparently, that was the only language in which she could express herself comfortably. Very disturbing, right? She asked, continuously, if the passenger knew how much her daughter’s tuition cost. She wanted her daughter not to speak Yoruba so she wouldn’t corrupt her English.

The guy was about to reply when I signalled to him to ignore her. But he didn’t listen. They went back and forth till I reached my destination.

Please, what exactly is this craze among parents who ban their children from speaking their native language? What exactly is going on? When did our indigenous languages become so archaic that the mere thought of speaking it to your children has become so scary? Is this a result of the inferiority complex that has messed up our psyche as Africans? Or is it just the craze to sound more “British” or “American” than the Caucasians themselves?

You know, what I find disgusting is when some give silly excuses like: I don’t speak my native language to my children, neither do i encourage them to speak it because I don’t want to corrupt their English. It’s just so ridiculous!

When did our indigenous languages become a virus, ehn? If the British, who we are trying so hard to imitate, didn’t embrace their language how exactly would we have learnt the English Language correctly?

How can we put a stop to this menace? With the way things are going in this country, I really hope in the next fifty to hundred years to come, our indigenous languages would not have gone into extinction.

Dear Millennials, let’s stop depriving these wonderful and inquisitive kids the opportunity of embracing their indigenous languages. It’s absolutely their right. Trust me, it will never make them appear crude. Just make sure you send them to a very good school when they are young. The foundation matters most. There is absolutely nothing wrong if they learn both their native language and the official language. It will even afford them a vast knowledge of the two languages.

Say no to neocolonialism. Emancipate yourself from mental slavery. Allow your kids to interact with you freely in their respective indigenous languages. Encourage them to ask you questions about your culture and tradition. Not everything is demonic abeg.

Teach them the beautiful proverbs heavily embedded in our culture. Let them embrace their identity, instead of trying to turn them into something they are not.

There’s absolutely nothing more beautiful than being able to communicate with your children in your native language. Stop robbing them of this right. It is part of our culture, encourage them to appreciate our heritage. It will never make them look uncivilised, instead, it will make them appreciate their roots better.

#PVCitizen: Only 1 Day Left to Get Your PVC

#PVCitizen: Why You Should Get Your PVC