Ibukunoluwa Ajayi: Don't Be Afraid to Seize the Moment 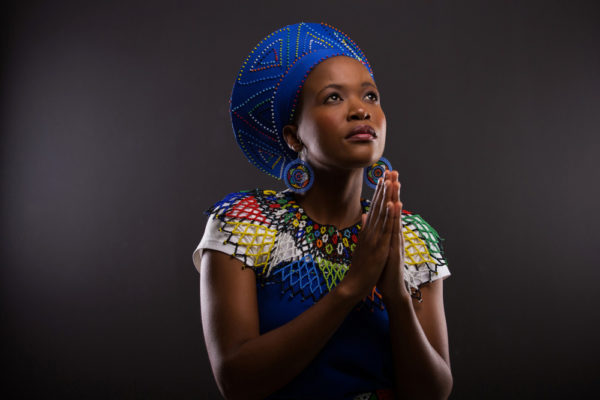 “Ibukun, you can do it. Why don’t you just apply?” “Ib, give it a try, they might just pick you.” These are things my family used to say to me all the time, whenever opportunities arose for me to develop myself.

I would hear the words, but my mind would automatically go into “Fear Mode.” What if they don’t pick me? What if I fail the exam? What if I don’t pass the interview? What if I’m not good enough? So many what ifs would pop up into my mind and I would already be defeated before I even tried.

I seem very much like an outgoing person, like someone who would take any opportunity that was presented, but I wasn’t always. The fear of failure kept me from trying things I knew I would be good at.

I had self-esteem issues, I would think to myself, I’m sure there’s someone better than you who can do this. I would look through the list of applicants for a certain job and I would find people who seemed more qualified than I was and I would back out of applying.

Some years ago, I had the opportunity to model for a company that designs wedding dresses and I spoke to my best friend about it. She was really excited for me. She pushed me to send in my pictures, apply for the job, which was merely a formality. But I kept thinking to myself, You have a bandage on your leg, when you get there and they ask you to wear heels, what will you do? Would they still want you when they see the bandage?

I thought about how bad I would feel if I was turned away because of my bandaged foot and decided not to apply. My best friend wasn’t happy with my decision but she understood my fears. Thinking back, I wished I had the courage to apply and give it a try. Now I would never know what could have happened because I never tried. I lost out on that opportunity that could have kick-started my modelling career because I let fear win.

A lot of people are trapped in the fear of what would people say?

A year or two ago, I would never have been caught dead participating in games or giveaways on social media. I would think to myself “What would people say?” I’m very certain that I missed out on a lot.

Last year I resolved to let go of my fears and put myself out there. I started the year by applying for a training where I had to be on the school campus for 3 months. The old me would have found a million reasons not to register, especially because I had to stay on campus, something I couldn’t even do while in the university because of my health.

Was I afraid of failing? Hell yes! Was I afraid I would fall ill and have to drop out of the training? Of course! But I did it anyway. I did it afraid and not only did I not fail, I had one of the best results.

After the training, I joined a volunteering group (Girlhub Africa) and I would go to events and volunteer and this opened doors for me. I met so many awesome people and I got my first job.

In April this year, I joined a competition on social media two days to the end of the competition because I had a relapse of fear. I did it anyway, and to my greatest surprise, I was one of the winners. I’ve had a winning streak all year because I keep putting myself out there and doing things the “afraid me” never would have done.

Did I win every competition I entered into or get every job I applied for? Nope! But I would never have won the ones I did if I didn’t try. If I didn’t take a chance I won’t have the job I do now or the little exposure I have.

They say nothing good comes easy. You need to make an effort, put in the work, step out of your comfort zone, say no to fear and get rid of your defeatist mentality. No one ever became great by staying in their comfort zone or worrying about what people will say. In the words of Celine Dion:

This simply means, “Don’t end up living a life of regret because you were too afraid to take a chance.” Who fear epp? Tell Fear, Worry, Doubt, Pride and Cowardice to take a hike.

Get up and seize the day!