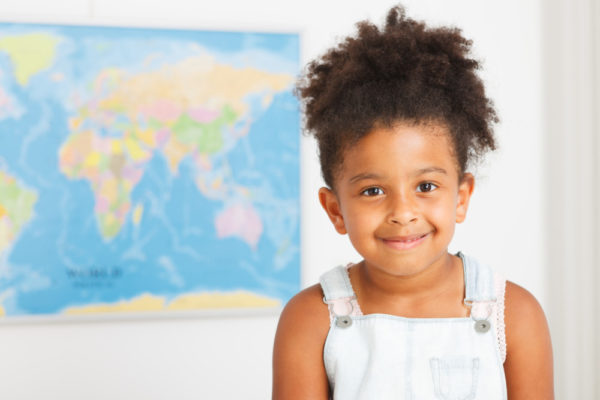 Graduation parties herald the summer vacation. Initially, the ceremonies were held to reward outstanding pupils and take a look back at the past academic year so that parents can be carried along.

But this is no longer the case.

The razzmatazz that accompanies graduation parties now leaves a bad taste in the mouth. Apart from the fact that parents are made to cough out money for the parties, these ceremonies put a lot of parents under unnecessary pressure. You have to provide clothes and shoes demanded by the school.

Who is to blame for these excesses? Is it the parents or the school?

For the school, the issue of graduating pupils from nursery to primary appeared unreasonable at first. It was copied from schools abroad where pupils graduate from play school to regular schools, and that’s because they are just regular school starts at the age of five. But before we knew it, we replicated it in Nigerian schools, even though our start school as early as possible.

Parents reacted badly at first, but with what I witnessed during the last graduation party I attended, I think parents are now happy with it. Every parent wants to see their kids decked in a graduation gown, age or class notwithstanding. The beautiful thing, to them, was that their kids were moving ahead to another level in life.

However, the owambe spirit that has been imported into our children’s schools will not let us be great. The spirit of competition has taken over the parties. I couldn’t believe what my eyes saw in a school in Abuja. My findings revealed that this happened in almost all schools in my environment. I asked the kids living around me if they had graduation parties and they went on to tell me how they ate rice and people came with cakes.

I saw with my own eyes how parents came with heavy coolers of jollof with coleslaw, egusi and semo, and some other draw soup I couldn’t identify. They strategically placed a giant cake shaped like a handbag and ball in the middle. All for a child who just graduated from the nursery class. I was dumbfounded.

A little walk around the tent showed that this was going on everywhere around me. I kept on seeing heavy coolers. Someone was in the middle dishing out the food. They even invited guests to their kid’s nursery graduation.

If the sole intent of including nursery pupils in the graduation ceremony was to make them look forward to a higher academic achievement and prepare them for the days ahead, then, to what intent was the food and invited guests.

The graduation was done on a working day but I was bewildered to see the place filled up with parents, mostly women who refused to go to work or probably took an excuse to attend the important grad. Since a lot of schools in Abuja had their parties around the same period, it must have been like a public holiday in many offices.

What is education turning to in Nigeria? A fanfare? A competition among parents to show who has the most money or who can pull the largest crowd to their kid’s graduation? An avenue for schools to fleece money out of parents who don’t seem to mind anymore?

You stop to wonder when you see all the pictures on Facebook later with captions like #myEzegraduated today, #Godwin, #Proudmum, etc. It is just to show off.

I was also at a school’s end of year party last December where all the teachers wore matching asoebi like it was a carnival. Maybe I am odd. But in order to check my oddity, I decided to ask my work colleague what she thought about kids and their graduation ceremony. I sought her permission before writing this. She said:

I don’t see anything bad in it. If I have the money, I will also pull it off. My two kids are graduating next year; one to primary 1 and the other is leaving primary school. I have budgeted 100k for their graduation parties and since my oldest daughter will be clocking 10 as well, it will be a double celebration. I will cook and bake cake as well. We will also budget separate money for pictures.

What do you think? Do you stand with my colleague? Or you feel the owambe spirit is taking over every sphere of our existence? How did your kid’s graduation parties go?

Money Matters with Nimi: How To Survive While Unemployed

#PVCitizen: What’s your Excuse for not Registering?