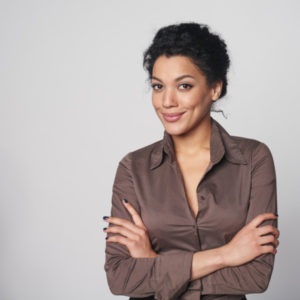 I know many of you have heard a lot of motivational and inspirational stories and you must have gotten tired since you can’t seem to apply them to your life. You are not alone, but before you write yourself off, take some time to read my story.

Growing up, I hated mathematics and all its wicked brothers and sisters. It was so bad that I got my first F in primary school and that was the order of the day. In junior secondary school, I never even bothered to read my math textbooks and many others for that matter. I remember one day in Jss 3 after eating okpa and drinking coke, I slept off in class and forgot to escape before our math teacher came in. I don’t even remember her name because in my heart of hearts she was an enemy. That particular day, she asked me to stand up in class, for two whole periods because I couldn’t answer the simplest question. You are free to call me an olodo now and laugh all you want, I deserve it.

Fast forward to senior secondary, I was put in science class because by some stroke of luck I had passed all my junior secondary exams and I was qualified to be in science class. That decision was the worst decision I ever took in my life. I was arts inclined; I loved to write stories, poems, read novels and argue about politics and music. But there I was in x class looking like a fish out of the water. I wanted to be a doctor because my Dad was a doctor and as a daddy’s girl, I wanted to be just like him.

By the time my WASSCE results came out, it was obvious the only doctor I could ever become was a native doctor, not even a true herbalist. I failed math, physics, and chemistry. The only science subject I liked was biology thanks to my mum. Then I made an A in Igbo language to cement the fact I was about to be a native doctor, the only things remaining were cowries that were going to serve as stethoscopes. To make matters even worse, I knew all the Igbo market days especially Nkwo because that was my village market day. Now if you have ‘liver’, laugh again.

I was torn in shreds; my self-esteem was in shambles as I registered and retook the exam. Luckily for me, I passed all the subjects and then got admitted to study Food Science and Technology. I was so happy because I thought I was out of the clutches of math and other demons. In my mind, I was going to spend my days in the home economics lab, baking cakes and eating them as they did during practical in secondary school.  I was about to be shocked.

I went from math that had numbers to ones you can only solve with symbols and letters, from Ababio chemistry to organic and the physics was on a whole other level. I was practically taking engineering courses. My brothers and sisters, I gave up. The only reason I went to school was to eat rice and moi moi and go back to my hostel.  The only advantage of being in the university was the endless freedom that came with it. I could care less about a yeye degree. I became one of those people who knew the names of every successful school dropout.

My first year managed to pass with one F and many celebrated Es and Ds. I went on to the second year and crashed completely like a 1.7 GPA crash.  Still, I didn’t realize myself. I carried on to the third year and my only focus was to rewrite my carryovers and just get an E so I would go for industrial training in the fourth year. GPA didn’t matter to me.

After the third year first semester, I became a little more serious thanks to Dr. Ikegwu who took it upon himself to see me succeed after he caught me chatting away on my Blackberry curve 2 in his class. Thank God he didn’t break the phone o, my ‘gbogbo bigs geh‘ status would have ended. I started keeping up with what was going on in school and I started knowing my classmates.

When it was time for IT, my name was omitted, I cried like I did when my first WASSCE came out. What was I going to tell my parents? How would I face the students below me when I join their class with all my forming, fronting and slaying? I wanted to die.

The next morning, I ran to my course adviser and presented my case, I had cleared my carryovers and was qualified to go for IT. That day, I made a personal decision to be the best I can be since I was given a second chance.

After IT, I became a whole other person, I would go to school by 7 am and leave at 6 pm. I read till I almost damaged my eyes because my past academic records were going to destroy my final CGPA if I made one mistake. No time for all those parties I used to rock back to back and even share IVs to, no more trips to Enugu to party at orange room. I started seeing results, my grades were up and instead of crying over Fs, I cried because I had a B. I understood what it meant to have goals and aspirations and to work towards them and I got a sense of fulfilment doing it. I went from  1.7 GPA student to a 4.8 by my final year.

The damage was already done so I still graduated with a second-class honors lower division but you can’t even imagine how proud I am of myself. I have experienced many other failures after school, from work to business and generally feeling like I am not enough. When I feel that way now, I quickly bring out my transcript and look from year one to five and raise my head high. If I could do it back then, why can’t I do it again? I have had to close down my business and start over again because even though I failed, I wasn’t allowed to dwell on it.

Failure is a part of life, and it is better to try and fail than not try at all.

This is for anyone experiencing any kind of failure right now, be it in school, or can’t reach a target at work or your business is taking a nose dive down, you already won when you got an admission. Many others applied for that job you got and many others are out there wishing they could start a business half as big as yours. You are already a winner.

If you look deep within you, you will find something you already won, no matter how small you think it is, use it as a propeller to win even more. I encourage you to keep believing in yourself and striving for excellence in whatever you do. I promise you it will work out soon.

The food science degree I thought was useless to me back in my second year, has turned out to be one of the best things that have happened to me in my life.  I learned how to make yogurt and today I have Oriyoke yogurt and parfait and my nutricloset.com blog came about from what I learned studying FST.

Dear student, this paragraph is for you and if you would like to see my transcript, don’t hesitate to send me a message on any of my social media platforms @adee_elechi I promise to show you.

Matthew Mordi: 3 Things You Must Consider Before Applying For That Masters