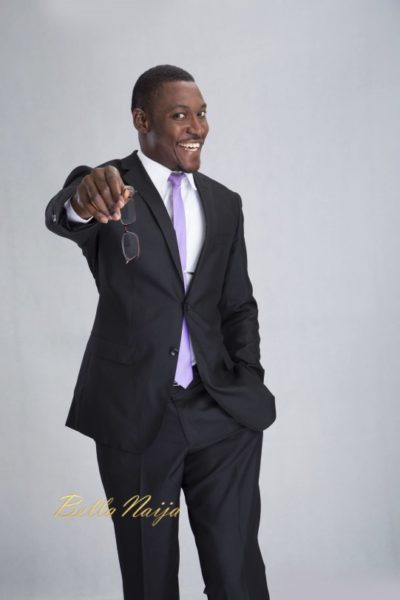 Inasmuch as we would like to believe there is a manual to life, and that a certain set of rules should put us in a safe zone and a step closer to the realization of fulfillment, I hate to break it to you – there is no such thing.

You are competing with yourself; you make the rules and will have to live with the consequences. The closest to what looks like a rulebook that I have come to learn over time is to define and be ready to live within your own individual expectation, and not the norm that the society and your environment have systematically ascribed to you.

In my opinion, this might be an easier way to live a life devoid of chaos, constant lack of contentment, depression, and sadness. I hope I am able to explain and validate why in the following paragraphs.

Culture
In as much as we are evolving at a rapid pace and beginning to question certain bits of our culture, we have to factor in choices on both sides and respect them. No one should impose their choices on others. Even though there are parts of our culture we want to alter, we have to realize and respect the possibility that there are others who want them retained and carried on into the future. We cannot and should not stop them. Otherwise, it becomes a selfish and self-centred agenda.

Tradition is a beautiful thing, and to a considerable extent, we should try to preserve every bit of it. However, there are bits of it that have now become obsolete and out of touch with the reality of the modern era. While the natural and instinctive thing to do is to abolish such bits, the truth is that we will not all reach that level of socio-cultural consciousness at the same time. While some will be quick to spot and lash on for change, for others it may take a while. We need to keep this in mind and be careful not to antagonize one another.

The subject of kneeling down to propose, a woman kneeling for her husband at their wedding ceremony, your younger siblings having to call you uncle/brother/aunty/sister, a wife needing to please the in-laws at all cost, the concept of bride price and the festivities that constitute an average cultural wedding come to mind as citable examples. In all of these contexts and many out there, there is no one-size-fits- all. We must allow the people involved to define their reality and expectation of what works for them.

The world is moving at a great speed; Elon Musk is sending a shuttle to the moon/mars these days. We have a president married to someone almost twice his age. We now have openly gay celebrities and public figures and many more alterations to the norm coming in our time. While we will not always agree with these new developments in our respective corners and based on personal beliefs, one thing we shouldn’t deny is that a lot is changing and more will continue to do so. It’s not always easy, but we have got to make a conscious effort to respect choices as long as they are not imposed on us!

Relationships
I think relationships between opposite sex, the modus operandi and the eventual drivers of the decision to go into marriage, are not what they used to be. There are alterations we should learn to embrace and live with.

The concept of biological clock ticking down and the need to live up to the expectations of the society or even the preconceived dream of a perfect day by one or both partners have to take the back seat. Again, what should matter is the well being, compatibility and the value exchange between the two people involved. How do they live happily afterward? How do they plan to give their kids the best possible start should they decide to advance to the stage of procreation and actually have kids? How do they fulfill their respective potentials and drive each other towards fulfillment? Those are the things that should matter and be the prominent drivers of an emotional relationship between two partners or even a group of friends that have a deep sense of emotional and sentimental attachment to each other.

More often than not, especially in recent times, we have seen cases where trends and societal standards have been the drivers for the decision to begin or remain in a relationship, whereas the main essence, which should be mutual happiness and fulfillment of those involved, takes a back seat. And in most of these cases, we have seen unwarranted abuse, depression, anger, toxicity, all in the name of conforming to societal pressure and familial expectations.

If you must, do it on your own terms. Time ticks fast but your time will come. While waiting, focus on making yourself the best version of yourself. See, we can’t and shouldn’t be afraid to begin again. Go back to the basics, retrace your steps, re-learn, un-learn and aspire to be a better person of yourself daily. And ensure that when the right opportunity presents itself, you are in the best shape of your life as a person and being.

When you finally decide to commit to a relationship, the inner workings and dealings should be on your own terms. I stand corrected but I do believe your reality would most likely be different from the next couple/partners.  It is critical you find the right balance and what works for you both. Do we run a joint account? Do we split bills or allocate responsibilities? How do we manage chores and family functions? Who sacrifices their career per time? What is the size of wedding you would like to have? The number of kids you can cater for, relationship with in-laws, and many more discussions that may occur. Nothing should be off the table and neither should a decision be reached based on societal norms or what works for others. A big part of finding happiness is collectively finding a balance/compromise of what works for you both.

Equality
I believe men need to listen more, lend their voice appropriately and ensure we have constructive actions targeted at ensuring equality and a much more inclusive society. Hard to argue or detest that. In fact, one of the greatest challenges as humans is that we are sometimes too quick to lay judgment/opinion without a clear understanding of the other side of the equation. This, I believe, listening can help solve effectively, especially if cultivated by both sides of the divide. Like I have said in recent times, I think half of the world’s problems would be solved if only more of us thought about the impact our actions or inactions might have on the next person. We need to place ourselves more at the receiving end while we measure the potential impact, before deciding on our actions/in-actions.

The few observations I have made are perhaps responsible for why there are sometimes unsure/misguided allies;

I am a firm believer that gender equality will not be sustained/attained by reserving/favoring a particular gender for particular opportunities/privileges. It would only dig a deeper hole. We should rather demand and have a commitment “from all concerned” that the decision to allocate opportunities and will be based on merit and a level playing ground along with certain standards/prerequisites agreeable and known to all.

Otherwise, we might end up widening the gap if all we do is try to solely close the gap and focus attention on tackling historical bias. We must collectively be willing to move forward without toxicity and with a clear sense of purpose in mind, but still keeping in mind social and gender consciousness will not be reached at a parallel level. There should be room for love, patience, and collective reasoning, but we must allow the people involved to define their reality and expectation of what works for them, and not necessarily live by the set of rules that front runner feminists see and dictate as ideal.

Drop the Weight with EJ: Too Busy on the Mogul Hustle for Healthy Living? Here’s How to Break Through

Babafemi “Jay” Aderounmu is a Certified International Manager and Business Development Professional with substantial international and local experience working with start-ups, mid-sized and multinational establishments. In writing, I have been able to find expression for my yearnings, passion and surrounding experiences which all together have daily gratified my journey towards fulfilment.