Ask Shade About Trusts: My Spouse Knows Everything I Have! Do I Still Need a Will? 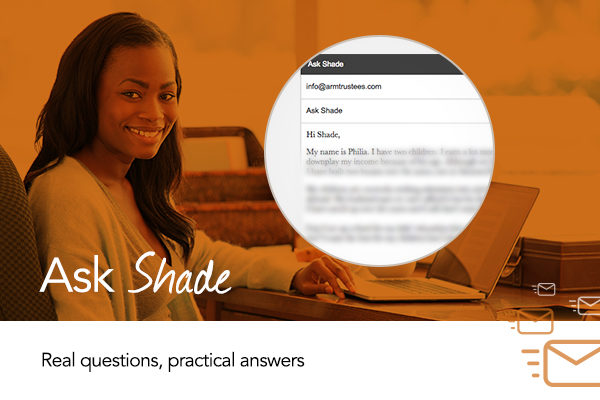 All this talk about Wills has me thinking. Is it really that important? My parents for instance did not leave a Will, our eldest sibling simply took charge of the houses they left behind and sends us proceeds from the rent monthly. So far, nothing has gone wrong. If I carry my wife along appropriately and she knows everything I have, do I still need a Will?

Your question is a fair one. People often wonder why they need to formalize the distribution of their assets in the event of their demise, especially if they have few assets or beneficiaries. Although there are still places in Nigeria where less official forms of asset distribution among beneficiaries are still in practice, you should note that even the seemingly simple and straight-forward cases can have the greatest of complications and dispute. Such dispute among dependents could be as a result of a deceased’s personal laws, religion or presumed intent before demise.

A person who passes on without a Will is said to have died intestate and the distribution of that person’s assets would be subject to intestacy rules, native laws and customs or religious principles. Even such decision making can be a very long process for your loved ones. On the other hand, a Will speaks the wishes of the writer regarding the distribution of all one’s assets. It would be a lot easier to have written wishes which are enforceable rather than to expect family members make guesses in trying to remember how you wanted to dispose of your assets!

That said, it is important to note that your family’s case is one of the very few to have been resolved amicably and with minimal dispute. As such, you should consider yourselves lucky to have an honest, responsible and selfless elder brother. Even though it sounds like a great idea to carry your wife along and keep her abreast of everything regarding your estate, I strongly advise that you have an Estate Planning document such as a Will in the unlikely but probable event that both of you pass on simultaneously or in quick succession.

Marriage might also be a reason to have a Will because her marriage to another person after your demise could cause complications and your assets might end up with people you never even knew.

Having a Will in place also provides an inventory function. It allows those that you leave behind to easily identify and trace all your belongings. It is not unusual that memories may fail or that persons that have knowledge of your assets may be disinterested in assisting family members if they do not have any benefit therefrom. Your wife for instance may not be aware of or remember all your bank accounts or all the investment funds or shares that you hold.

Generally, a Will would eliminate confusion about your asset distribution which would in turn save your beneficiaries a lot of hassle. You would also enjoy peace of mind knowing that your assets would be distributed according to your exact wishes. Do consider having your Will drafted as soon as possible.

Folashade has a wealth of experience in legal structuring, capital markets, and financing transactions. Her expertise also spans Private Trust, and other succession/estate planning alternatives. Currently, she is member of ARM Trustees Limited, a subsidiary of the ARM Group charged with asset protection, wealth transfer and generally, succession and estate planning.