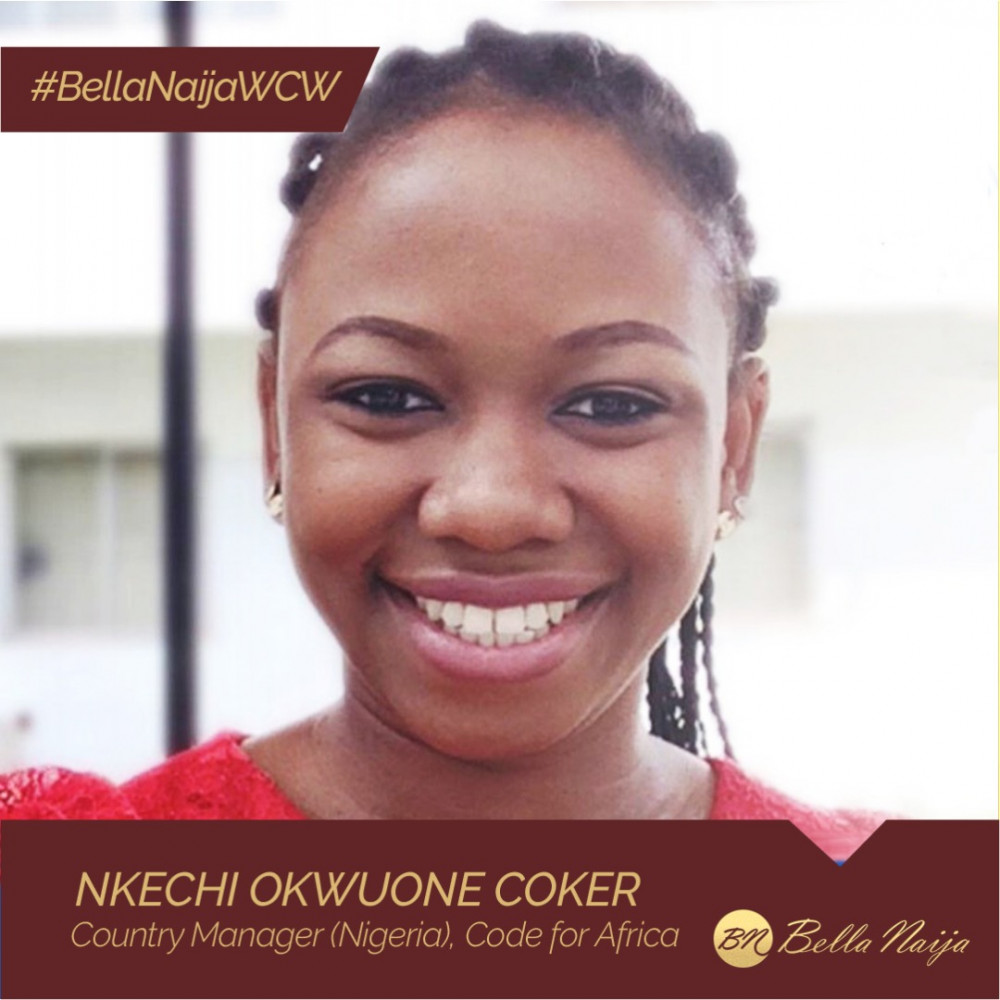 Our #BellaNaijaWCW this week Nkechi Okwuone Coker is one who’s passionate about using technology to benefit the underserved communities in Nigeria.

Nkechi is the Country Manager (Nigeria), for Code for Africa, a network of indigenous civic technology and open data laboratories, with affiliate members in 10 African countries and funded projects in a further 12 countries.

She manages the Code for Nigeria teams whose open data lab works with a range of investigative media, government agencies and watchdog NGOs, building civic engagement and forensic data solutions.

Prior to joining Code for Africa, Nkechi worked at Microsoft Nigeria as the Community Manager for Microsoft Philanthropies managing philanthropic activities for the tech giant including data collection and analysis of the geo-political landscape relating to the development and civil society sectors.

Nkechi worked for the Edo State government before her time at Microsoft, spearheading the establishment of Nigeria’s first open government portal for the state government.

She is a founding member of SabiHub collective in Benin City, Edo state which supports young people using tech to tackle developmental challenges.

She is also a Data Champion with Harvard University’s Evidence for Policy Design (EPoD) initiative.

Nkechi is passionate about using technology to solve social problems and we’re rooting for her.

Yewande Jinadu: Open Letter to Graduates Who Just Passed Out From NYSC

Explosive Devices sent to the Clintons and Obama Intercepted