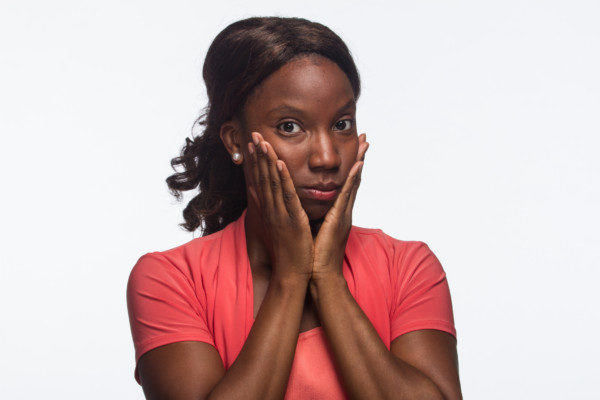 Uduak found a way to clean Chief Tom-George’s house in place of her mother again. As she swept, she observed Chief move around the house grumpily packing for his journey. It was less than an hour ago when she had to employ her best lies to convince him to allow her to clean the house. Her mother, per the Chief’s request, had always cleaned the house on Saturday.

Uduak had appeared at his doorstep on a Friday morning claiming that her mother was out of town and she had extra classes to attend the next day, and so would not be able to clean the house at the usual time. The lines on the Chief’s face told Uduak that it was taking a lot from him to change his usual programming and let her in.

Eghosa had sent her in early with the hopes that she would see the old man hiding the keys to his Control Room, making it easier for him to turn off the alarm system later that night. And so, when she saw him locking the door through his reflection in the window, she really did think the stars were aligning for her. Chief carefully turned all three locks on the door and headed upstairs to his room with the keys.

The moment she heard his car drive out of the compound, she raced up to Chief’s room to locate the keys. After turning the room on its head, she found only two of the three keys, with Chief being paranoid enough to hide all three in different places. Just as she plopped herself on the floor with her back pushing against the frame of the bed, she felt the wood behind her move in a little.

She turned around and felt around the bed frame until she touched a part of it that opened into a little drawer. She gasped when she saw two handguns laying in the drawer with the last key in the corner. Gingerly picking up the guns, she stood to face the full-length mirror, two guns in hand; she took in this image of herself. She finally looked the part.

Frankie arrived in the first getaway car with Wasiu the Locksmith while Eghosa was in the second with Kunle, the getaway driver. The plan was simple. Frankie and Kunle were to sit in the cars and be the lookout. Wasiu, Eghosa, and Uduak were to handle the vault and the security system. Chief’s gateman would assist if it turned out the money was too much to be bagged by two people. The guys had already agreed that there would be no guns, no noise, no police. Chief lived in a highbrow neighborhood and any suspicious activity would attract sirens from far and near.

The gate man opened the gate, eagerly, as Eghosa and Wasiu walked into the compound. Uduak, who had been in the house all day, granted them access into the house. She handed Eghosa the keys to the Control Room and he proceeded to turn off the security system. After a few failed tries, he managed to the overrode the system and turned all the alarms and cameras off. Uduak, basking in her glory as the inside man, led them to the underground vault.

The burglary proof gate protecting the vault was locked by two padlocks.

“Why would he build this kind of house and use ordinary burglary proof gate to protect the real deal?” Eghosa thought aloud.

Wasiu poured out his bag of master keys to Eghosa’s amazement and selected about ten which he believed would open the gate. Eghosa leaned against the wall, nervously waiting to move on to the next phase. The house was quiet but for the clanging of the burglary proof gate and Uduak’s incessant quirps. Eghosa could not enjoy the quiet as there were a thousand things going through his head, standing there waiting for Wasiu to perform what he was once most known for.

Finally, Wasiu unlocked both padlocks and Eghosa and Uduak walked into the room with the vault installed in the corner. It was a massive structure, the vault, stretching from one end of the wall to the other. Looking at the glorious structure finally made it all seem real to Eghosa. In his amazement, he turned and saw Wasiu had not yet entered the vault room.

“Wasiu, are you not entering?” Eghosa quizzed.

“No. I nor dey do this kain thing again. I don repent. Mr. Frankie ask me may I help am, na im I come so,” Wasiu answered from his position on the floor.

Eghosa found it hard to believe. “So when we open am, you no go take money from inside?”

“Why I no go take? I go take my own when una bring am outside but I no be tiff so I no go fit collect the money from inside that place.”

Eghosa was confused. He looked at Uduak for help but she seemed just as lost.

“A criminal with a moral code,” he muttered. “So why didn’t you talk when we were assigning roles?! Infact- I’ll deal with your rubbish after.”

Eghosa turned back to the vault and heaved a sigh, hoping to dissipate the anger Wasiu had awoken. He pulled out his phone from his back pocket and searched his gallery for that picture. The picture of Odinaka. Uduak stood there watching him quizzically as he fixated on the picture without blinking.

“Bros, You no go open am? Abi we dey wait for another thing?

Eghosa ignored her and continued staring the phone screen.

“Shut it, woman!” Eghosa said. Uduak caught the fury in his eyes and voice and jumped backward.

Just then, Eghosa looked up and his features were back to normal. There was no hint of the deadly anger that was there a minute ago. He looked at Uduak and flashed a brief smile.

Uduak moved back slowly. The usual warmth in his voice was back and it almost seemed like he didn’t know what just happened. Eghosa continued focusing on the picture trying to get Odinaka, the alter that could open the vault to switch, but nothing seemed to be happening.

Uduak watched him impatiently, not understanding what was going on. Eghosa moved around the room, still trying to bring out Odinaka to no avail. Just as he leaned on the gate, the alarms started blaring around the whole house, the automated voice from the Security System repeating “Automatic Restart Completed. Warning! Suspicious Activity in the Vault.”

Your Better Self with Akanna: Sex & Money – Part 2

Olawale Ayilara of LandWey Investment is our #BellaNaijaMCM this Week!