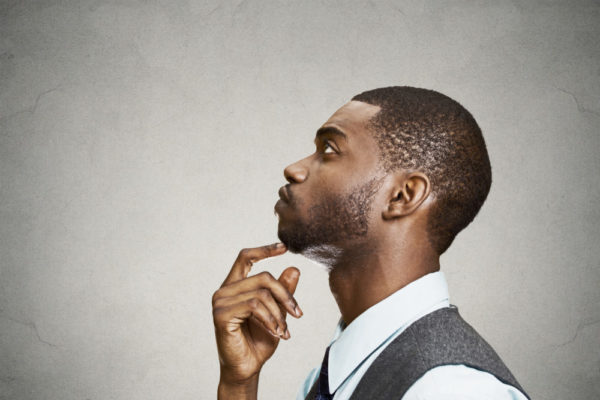 ***
Eghosa stared at the picture of the safe on his phone. The plan was coming together but the only issue was who would open the safe. Eghosa knew that there was only one person he could get to open the vault.

He opened his laptop and unlocked an encrypted folder. An image quickly popped up on the screen. It was a picture of Eghosa, but with a clean shaved head and a crazed look in his eyes. He stared at the picture without flinching. After what felt like minutes, he raised his head and tapped the phone to reveal the picture of the safe. With a thick Igbo accent and the same crazed look in his eyes, he said: “What do you want me to open?”

Ngozi walked past the parlour just as he spoke and heard the voice. She stopped dead in her tracks as if she was suddenly paralyzed by whatever memory that voice had brought with it. There was an Oxford’s dictionary on the stool nearby. Ngozi picked it up, swung and hit it against the back of Eghosa’s head.  She stood panting over his head, watched him wince from the pain.

“Eghosa, you promised you had fixed this Odinaka situation!” Ngozi screamed.

Eghosa looked up, ready to pounce. He saw who his assailant was, relaxed his muscles and massaged the point of impact.

“Answer me! Why are you still taking advantage of this multiple personality thing? I thought you learned from the last time!”

Whatever this was had really struck a nerve with Ngozi. Her hands were shaking and she made sure to stand a safe distance away, in case the book had not had the desired effect. Eghosa slowly raised his head and looked up at Ngozi. He looked like a child who had been caught in a lie. Helpless, guilty and with no escape in sight.

“I-I’m sorry,” Eghosa said. His voice had returned to normal, although so clouded by shame that it was almost inaudible.

“Odinaka has you chasing small girls now?” Ngozi spat. The disgust in her voice was a physical thing, a slap on Eghosa’s face.

“No. She just sent me something for a job. “

“Job? With that small girl? Oh God. Eghosa, what are you tied up in that you have to bring your maniacal other personality into?” Ngozi’s eyes were filled with fear and anger.

“What job are you talking about?!” She screeched

“Frankie and I are going to rob Chief Tom-George’s underground safe,” he said before he could stop himself. He held his breath, waited for the tongue lashing from Ngozi. He deserved it.

Instead, she said, “Chief Tom-George? The politician? How much is supposed to be in this safe?

Eghosa had not expected this reaction. He had planned a retort for every other outcome; it took him a while to understand that he’d only need to speak the truth.

“Thirty million naira, according to Frankie.”

Ngozi gulped. “And how do you intend for this money to be shared?”

Her voice was beginning to show less disgust and more approval. Eghosa felt like he was walking on a minefield. He didn’t want to say something that would make her go off again, but with the way she was accepting the information, he couldn’t be sure what not to avoid.

“We haven’t really talked about that but I assume-“

“You haven’t talked about it but you are allowing small girls send you pictures?” She walked around him, picked up the dictionary and made to walk away. Just then, Eghosa turned and caught her by the arm.

“Baby, look, it won’t be like the last time with Odinaka,” Eghosa said, his eyes heavy with regret.

Ngozi heaved a sigh and looked up at him. “It won’t? Are you trying to convince me or yourself, Eghosa? So you’re telling me this other violent personality inside you will not overpower whatever control you think you have over it and beat me till I’m half dead like the last time?”

Eghosa was the picture of shame. He wanted to stop her and say she was exaggerating, but was she really?

“Please answer! So you too can hear just how stupid this conversation sounds,” Ngozi continued.

“Ngozi, trust me. And I don’t even have a choice, who else do I know can open a safe and won’t do something to scatter the plan.”

“Eghosa, I don’t care who you say it was. The fact is you have some power to control thing and you’re abusing that power again.” She yanked her arm out of his grip.

“Let me just warn you now that if anything should happen, you, Odinaka or whoever is in control of your senses at the time won’t believe how fast I’ll be at the police station.”

Eghosa glared at her and the sullen look on his face dissolved into a wry smile. “Ngozi, you know what they say about investments with the greatest risks?”

She looked at him, waiting for him to explain.

He held her face in his palms and continued, “They have the greatest gain. I am doing this for you. So, if you want to have that pretty wedding dress and the life of your dreams, you’re going to have to get used to Odinaka being around for a little bit.”

He planted a quick kiss on her forehead and walked away, leaving her to come to terms with the stone she’d set rolling.

Eghosa had parked his car under the street light across from Frankie’s fast food place. He pulled out his phone and called Frankie. Frankie saw the car parked across the street before he saw his phone ring.

He crossed the road to the spot Eghosa had parked and leaned down to speak to Eghosa through the open window.

“Guy, how far? You don arrange everything?” He asked, darting his eyes this way and that.

Eghosa looked around, trying to see what Frankie was being so dramatic about. “Frankie, behave! Why are you doing you eye anyhow?”

“This whole thing dey do me like film abeg.” He answered, in between bursts of laughter. After taking a few moments to compose himself, he asked, “So what’s up? You don find someone for the safe?”

Frankie, too excited to notice the change in demeanour, asked, “Ehen, who is he?”

“You? When did you start breaking safe?” Frankie laughed.

“Osheyy! I dey wait. It’s like I have helped you find your calling oh. I hope you will not use this one as a reason to collect another share of the cash oh?” Frankie asked. It had become evident to Eghosa that this excitement wasn’t born of natural causes.

“Look, I came to tell you that the man is going to be away on Friday night. He’s travelling for a burial, so that’s our opening. We have to do it this Friday.”

“Friday? Today is Wednesday oh. Are you sure we’re ready?”

“We have the car and the people. What else do you want? You want to get a degree in robbing houses before you do it?”

“You think say you funny abi? Oya na. Friday by 11 PM abi?” Frankie grinned as he imagined his luck about to change. He put his hand in his back pocket, pulled out his phone and put it to his ear as Eghosa watched in confusion.

“Hello, yes.” He turned and grinned at Eghosa as he danced back across the road, the pretend phone call still underway. “Baba God don pick up my call!”

Ask Shade About Trusts: What Should I Do About My Sister’s Husband?

Adanna Elechi: The Girl Child We Must Never See Again