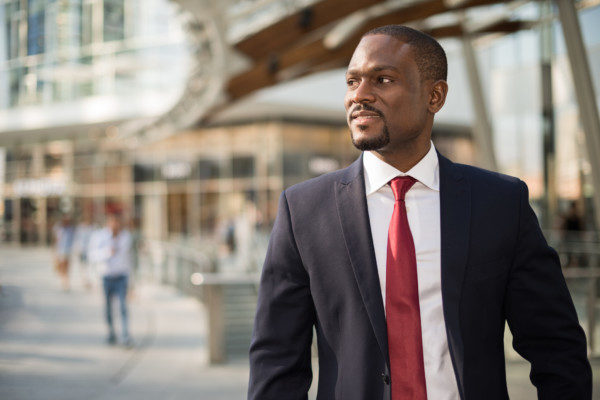 It’s been over a year since I last posted anything. And that’s because work has been so hectic, I’ve barely had time to breathe. I’ve also been working on a number of music projects and we spent the last year recording and shooting videos.

I’m switching the narrative from my funny experiences to something I think will be very useful to many readers out there. Since I last posted on BellaNaija, there’s been a huge surge in people applying to move to Canada. It’s really a good idea, if you’re prepared for life here. If you live in Nigeria, people make it sound like the moment you move abroad, people just hand you money, give you a house and car (and also stock your fridge for free). If you still believe in such fairytales, you really need to wake up.

Job Hunting in Toronto
In the Summer of 2015 I got bored with sitting around at home. I figured I could keep busy by picking up a part-time job. Or at least spice my resume with some Canadian experience.

It came as a shock to me that my Nigerian degree was basically useless because the jobs I wanted didn’t consider the fact I’m a trained lawyer. The jobs that would accept me didn’t care if I’d had any post-secondary education whatsoever. So I could be making exactly the same money as a 15 year old boy still in secondary school.

I read an article that talked about how people often try up to 6 different career paths before settling in Canada. In my head I thought, at least I’ve tried Lawyer and Part-time Web Designer/Trouble-shooter/”the IT guy”. That article also said that most successful people in the corporate world had a background in sales.

I started looking for a job that:
(1) wouldn’t take me far from home,

(2) a job that gave me flexible hours so that even when school resumed I would be able to do a little work.

I applied for retail sales clerk positions in restaurants and grocery stores, but I also went for the big fish: managerial positions in small to medium-scale establishments (why can’t I dream?). The firms all seemed excited at my resume- you know, University Degree, Law School Degree and Masters Degree in progress. Also, that kinda turned out to be my undoing. In Canada, there really is such a thing as being “overqualified” for a job.

How I solved this problem
I read online that the solution to the “overqualified” and “under-experienced” quagmire is to get an entry-level job, preferably one that offers training and has opportunities to move round departments. That way, your experience can span a wide range and in future you could tailor your resume to reflect the relevant skills and experience. So, I applied to companies offering entry-level jobs. I found that most of them were either organizations that raised funds for charities; or companies that were simply looking for marketers.

Growing up in Nigeria made me hate the word “marketing”. It simply evokes images of people walking under the sun wearing branded T-shirts and hats and trying to convince pedestrians and even drivers to sample their products. Those same marketers that had no opportunities for advancement within their companies, were totally expendable and had base salaries of maybe 20,000 Naira per month ($60 CAD). I ignored the vacancies for marketing jobs and instead went for jobs that had customer relationship positions open.

None of the firms ever contacted me for a second interview. To be honest… I didn’t feel too bad. Looking back, I realize that I thoroughly enjoyed the experience of attending job interviews without feeling the pressure of I-need-this-job-or-I’ll-die. I once went as far as Burlington (about 150 km from where I live) to interview for a job. I put on a sharp suit, ironed my trousers (pants, Americans. Pants) till the gators (creases, Canadians, creases) were sharp enough to slice bread. The address they gave me was so confusing that I spent 2 hours walking under the sun till I found the place. When I got there, they told that the position was to advertise car polish at gas stations. I almost left in anger. Not only had I wasted my time and money, my phone was dead and it would take me another four hours to get back home because of the traffic.

Scammers Thrive in Canada too
One experience that hurt me was the time when several companies called to hire and sounded really excited about me but I had to tell them I was looking for a part-time position only. They were offering good compensation, to be honest. Some were too good to be true, like a company called Onemobius Consulting.  I didn’t remember sending an application but they sent me an email offering me the post of operations manager, ready to start in two weeks, working full-time (8 am to 6 pm) for a basic salary of $50,000 per year; with medical, dental and transportation benefits. I was suspicious, because it seemed TOO easy.

Why I got suspicious
How would a company that had never met me in the flesh be willing to hire me without an interview? Or even a phone call? Why was their professional website so vague? (they said they offered financial services but never said exactly what they did). I started an email conversation with their head of HR and by the time they explained what the job was all about, I was convinced it was either a scam or a money laundering operation.

Essentially, my job would have been to deposit a large cheque in my account from my boss or a client, and then withdraw cash, then pay into other bank accounts. I was quite surprised because sending money in Canada is literally as easy as just emailing someone. I started asking questions- is this company registered under provincial (State) or Federal law? What’s the registered office? When can I come and see the physical location of the place?

My diligence saved my butt
Not surprisingly, the website disappeared a day or two after I started asking serious questions. I used web tools to check out the age of the website- curiously it wasn’t listed. It was registered by a person in the Czech Republic. The phone numbers given in the email simply responded with a “does not exist” prompt when I called. The phone number on the website turned was actually a number reported by thousands of people in the USA as a scam number. I felt lucky to have escaped this scam oh!

There was this call-center called Ememtel Solutions (Not real names). Their profile said they raised funds for some big-name cancer research companies and they wanted me to work for them. I immediately jumped at the opportunity. Big Mistake 🙂

Related Topics:CanadaCanada ImmigrationMoving to CanadaNew immigrant in CanadaNew Immigrant Tales with Peter Ademu-Eteh
Up Next

Chisom Winifred: Nigeria’s Democracy in the Age of Fake News