Chisom Winifred: Nigeria's Democracy in the Age of Fake News 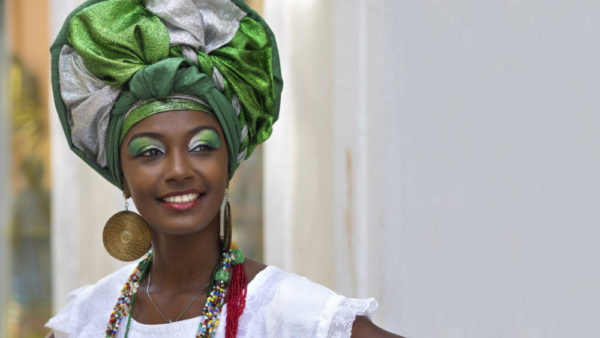 It’s still vivid to recall, how the rumour hung thick in the air like smoke. It circulated like wildfire in January 2017 that the Nigerian president, Muhammadu Buhari was dead. This came after the president was away from the country on health issues. The news spread so far and cut deep that demonstrations and protests were held across the nation and weighty online campaigns sprung up. It turned out that the news of his demise was fake and the president eventually returned,

Nigeria has 26 million Facebook users alone. The rapid growth and usage of smartphones means rumours spread easily and quickly via social media. Fake news, in most cases, is designed to misinform and create confusion. A more compact definition has it thus: “Completely false information, photos or videos purposefully created and spread to confuse or misinform,” “Satire of parody which means no harm but can fool people.”

In a country like Nigeria, where we practice the doctrine that the numerical majority of an organized group can make decisions binding on the whole group, fake news is a threat to democracy. It is important to note that the era of fake news was birthed alongside digitalization and the spread and use of smartphones. It is much easier to spread fake news via social media. With reposts and retweets, a supposed news story with questionable source can find its way half across the world before it can be clarified as fact or fake.

It was much easier to control the distribution of news via the traditional media. Most of these media houses have reputations to maintain and are under governing bodies and thus are careful about to what to publish or announce. With digitalization taking over, anyone can own a blog in ten minutes and start publishing news almost immediately.

Since there are no governing bodies regulating the proliferation of these ‘media’ outlets, there is almost no way to verify the content they are pushing out and promoting. It is then of no surprise that political propaganda and hate speech has become very common.

Nigeria is nearing a tipping point in her history with the forthcoming 2019 presidential elections and the need to prevent the circulation of fake news has become more imperative. The country’s political landscape presently is tense, given the increasing insecurity threats pervading different parts of the country.

There is a possibility that political actors can willingly take advantage of issues like ethnicity, religion, marginalization and economic divergence to misinform, promote apathy or skew people’s voting choices. The influence of social media political overlords and ‘influencers’ also are likely to negatively influence the direction of political discourse in the run up to the elections.

The new media, especially social media, has developed a knack for exaggeration and outrageous headlines, in a bid to draw readers. Thus, discerning truth from untruth has become quite a tedious task. The fact that misinformation can be quickly spread and difficult to correct, especially with its capacity to distort the truth, render it useless, and replace it with damaging information, poses a huge threat to democracy and emphasises the need for corrective measures.

Since weighing every news story for verification is almost impossible with the amount of information we are bombarded with on a daily basis, there are other ways to curtail the absorption and spread of fake news. One of the ways is to check multiple sources. This isn’t 100% full proof, but nonetheless, it is worth checking multiple reputable news sources when trying to verify if the news in circulation is real. Are trusted news outlets reporting this information?

One can also make use of online tools available to determine the authenticity of a photo or video. Google and Bing, for instance, offer a reverse image search which can tell where images or videos have been used before.

Fake social media accounts often try to sound like they are legitimate news sites. Verified news accounts on Facebook, Twitter and Instagram have a blue tick. Before we rush on to spread a story we’ve just read, it’s important to check the authenticity of the account we read from and ascertain if its true.

The most obvious of all is ‘think before you share.’ We should be careful not to add to the problem of fake news. If not for any reason, for the sake of democracy.