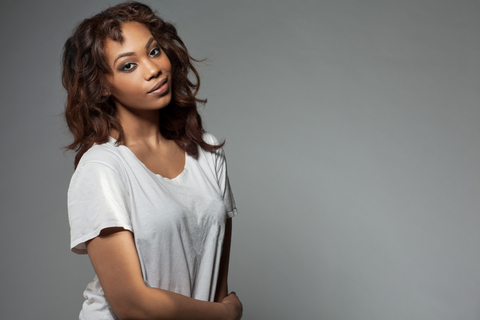 A long time ago, I was having one of my many discussions with my sister. We talked about a range of topics and we got talking about women who have husbands that cannot tuck their manhood in their pants for long. We talked about a woman we know whose husband is highly responsible, caring and loving, but… he cheats like kilode. It is not the ordinary form of cheating that you know, but the chronic one that makes his crossed eyes dart restlessly when a woman passes swaying her hips. It was so bad that this man had no particular taste in women, he would cheat as long as you’re a woman. As we sat our idle asses down and analysed his philandering, I blurted out, “He’s a big cheat, but at least he’s very responsible and he takes good care of his wife and kids.” My sister looked at me nonplussed, disappointment colouring her cheeks, and said solemnly, “You see what I’m trying to say? We try to justify every wrong doing and let someone off easily when they do wrong, just because…”

It’s been over a year we had this discussion, but tonight, I am sitting alone and ruminating on those words. I have come to grasp that Nigerians, or perhaps a lot of people in general, are very maudlin in nature. We let sentiments cloud our better judgement, and we love to give excuses as to why someone did something wrong. If we are not being sentimental, we are being inanely ‘woke.’ But that is a topic for another day. In the process of all these, we subconsciously blur the line between right and wrong, scruples and decadence, and then tell the ‘victim’ to “take it like that or leave it for God.”

My neighbor’s wife packed out of the house with her children. She complained that her husband beats her so much (which he denied). When the other women tried to intervene, they said, “But he pays school fees and takes care of ‘your’ kids.”

This man beats her (according to her) and the other women think he is justified, just because he pays school fees?

A policeman harasses a taxi driver for #50 and one of the passengers will say, “It is not easy o, he has wives and children to take care of.” So what?

Yahoo boy dupes a man of all his life savings “Kai, these yahoo boys are dangerous, but it is the situation of the country that is pushing them.”

A man consistently cheats on his wife. “It is not easy to eat Egusi soup all the time, you have to mix it with Okro sometimes,” or “Just manage, you know he is a man; he is naturally polygamous.”

Has it ever occurred to you that it is also a woman’s nature to be polygamous? Or polygamy is inbuilt in the penis?

It amuses me the way we condemn an act, and then quickly accompany it with ‘but…’

One disadvantage of always giving excuses for wrongdoings is the fact that we begin to set the bar so low – lower and lower till it can sink no further.

I am guilty of this.

I have had very terrible experiences with waiting on queues in the BRT terminal for buses to arrive. My most bitter experience was when I had bought my ticket and had to wait for close to three hours before a bus arrived; each minute and hour passing with the hope that a bus would come soon. I made up my mind never to board BRT buses anymore. Recently, I decided to ‘just try.’ I got to the terminal and only had to wait for about 30 minutes before a bus arrived. As the bus approached, I said in my mind, “Wow, they tried o, this bus came just 30 minutes after.” I immediately asked myself, “They tried ke, isn’t that how it’s meant to be?”

It is the same way we have power for 10 hours in a day and people will say, “Nepa has tried o, even if they take the light now, they have tried.”

Or we drive on a road and then someone will say, “This road is smooth, but there are no street lights, at least the government tried by repairing the road.” You know accidents can occur on that road when it gets dark, but no, the government has ‘tried’ for doing what we elected them to do.

We have gotten to that stage where we hail our government for uncompleted projects – “at least he started it” – or worship them for what they are meant to do: “The government did 2 out of 10 projects, shebi he sha did something.” I can’t forget the day I complained about waste management and my friend said, “Do you think it is easy to rule Lagos?” Okay, so why were you elected?

Another disadvantage of giving excuses for wrongdoings is that we also blame the victims rather the culprits.

SARS harasses a young boy and extorts him of all his money, “And we still have good ones among them o. You too, why are you on dreadlocks, you shouldn’t have tattoo on your body and you should have worn normal trousers, not ripped jeans.”

A man and his son rapes a girl till she dies. “This is terrible o, but that man is a lecturer – very nice and quiet. This must be the work of the devil, why didn’t the girl cry out since all the years.”

A lady mentioned on twitter how a very little girl was raped and while she was in the hospital, the nurse said, “Why won’t they rape this girl, just look at her, she is too beautiful.”

I know the world isn’t set in black and white, but certain things are indefensible. There is no justification for that politician who embezzles public funds, even if he had built hospitals and roads. It rankles me when people say “I know he’s corrupt, but he has also worked.” What’s the meaning of that? Or when a politician behaves like a clown and you say, “After all, he did stomach infrastructure.” Or you want to vote in a man who has allegations leveled against him because, “I know he’s a thief, but at least he will work.”

How low can we set this bar?

It is becoming bothersome the way we think, the way some things will happen now and people will say, “Shebi it happened in the previous regime.” Yes, it happened, so why did we vote for change? It is worrisome when you say a governor is very cruel and imprudent for building statues instead of paying salaries and someone will say, “What of your governor, shebi he is the youngest governor, and his brain is obviously the smallest too. It is the same all over.”

Hold on, are you trying to say we should keep quiet and accept this?

In a discussion with my father some while back, I complained of certain things and he said, “You don’t want to face reality.” I went on to remind him that this ‘reality’ was created by humans, and it became reality because older generations before us folded their arms and watched abnormalities become our reality today.

Again I ask, how low can we set this bar?

Like I said, I know the world is not set in black and white, but don’t you think in our ‘wokeness‘ and sentiments, we are beginning to add too many shades of grey?

The presidential election is fast approaching. Let’s ask questions, apply logic and facts rather than tribal or religious sentiments.

The Daily Vulnerable by Chude Jideonwo: For My Sake, I Choose Truth

Yewande Jinadu: The Art of Listening During an Interview