Akpo Uyeh: Arrest Anyone Who Poos or Pees in Public! 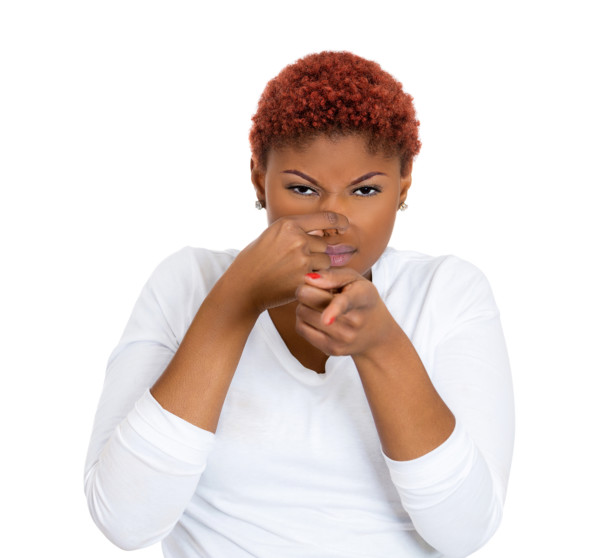 The ever-busy Lagos roads have so much than meets the eye daily. From the hawkers waiting for traffic to build up, to the loud conductor calling for passengers, and even the different people setting out for different purposes – all these and more make the road as busy as it gets.

For quite a while, as I commute to work daily, my eye has caught people defecating on the main road like it is their right. A road under construction went into a hiatus for political and other reasons. With bushes gradually taking over the road, people have been quite shameless, practising open defecation.

Prominent among these people are the homeless. Should we blame them when they don’t even have a place to rest their heads? Everywhere and anywhere is home for them. No wonder they focus on areas that have bushes, rail tracks and canals to do their business. Early in the morning, they are there. Even in the afternoon you can spot them. And at dusk, they still are quite visible. There is no way you cannot see them unless you are asleep or not looking.

For someone like me, who finds inspiration in observing nature, I get different emotions observing them on these roads. Imagining sitting by the window of a moving vehicle, only to witness the obscene display of people defecating openly without shame. This is a result of the failed and complicated system of the state. With inadequate housing and poor sanitation, inhabitants of a ‘mega city’ like Lagos in some peculiar areas have to defecate outside.

According to UNICEF, about 39 million Nigerians, which is approximately 22% of the population, still practice open defecation. Diarrhea kills 194,000 children under the age of five annually, and respiratory infections kill another 240,000 every year. This data shows the effects of unsanitary conditions, with open defecation topping the list.

In most cases, these buildings accommodate a few pit latrines and water closets that are already filled to the brim. Rather than go through the stress of using toilet facilities that are lacking or non-functioning, the inhabitants’ surest bet is to find the nearest canal, rail tracks or bridges to answer the call of nature.

Shuttling from state to state, I usually make use of public toilets. They are not often free. For urinating alone, one may pay the sum of ₦20 or ₦30 depending on the bus terminal. While for defecating, one may pay up to ₦50. Personally, I would rather not through all that, but sometimes you want to feel relieved and ready for the journey. Thankfully, I have my personal hygiene toolkit to help me from contacting infections. My hand sanitizers are always to my rescue.

I would rather use a public toilet than do my business like no man’s business. Some would never use the public toilet systems. They would rather do it in the next open space and go against cultural ethics and laws. These public toilets have people who clean them. Sure, a lot of them are in a sorry state. The stench alone can make your uneasiness vanish and you no longer need the service. But on the flip side, public toilets can be a stable source of income for those who handle them, if properly managed.

Open defecation is also a mindset and attitudinal problem. Growing up, one of my idiosyncrasies was to go to people’s toilet to see how clean it was to be compared to my home’s. I believed our toilet could win award for the cleanest. Every Saturday, it was part of my house chores to clean the toilet. I did it diligently and to my satisfaction. That has stuck with me and I always ensure I leave the toilet after use cleaner than I met it, whether at home or elsewhere. If people would inculcate proper toilet habits to their children and wards, the issue of open defecation and bad toilet habits would never show its ugly head. It starts with every individual from their home. Like the saying goes, ‘charity begins at home.’

The toilet is not just a place to empty your bowel. It is like a mini sanctuary. I believe unclean ones can harbor ‘demons.’ It is a place to get relieved, brainstorm, experience the joy of feeling ’empty’ after ‘offloading’ and have ideas.

To curb open defecation, the government should enact laws that must be strictly adhered to. It has been discovered that there is no law in Lagos State that actually abolishes open defecation. As there is no law, people do as they please. With strict penalties and control by law enforcement agencies, people would fear committing any offense at all.

Styling on a Budget! How Young Nigerians Are Killing the Fashion Game on ₦100k Salary