Rashidat Akindele: Yes, I Am A Feminist 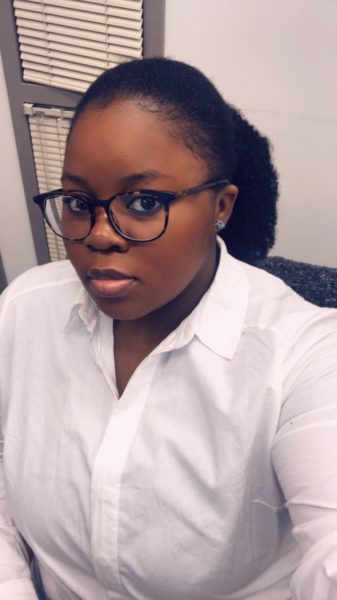 I remember sitting in the library on one of my last days in graduate school, trying to finish one of Dr. Vincenti’s case study project. I offloaded my bag on the table while looking for something (I cannot remember what). I took out two books (Learning Organization by Peter Senge and Dear Ijeawele, or a feminist manifesto in fifteen suggestions by Chimamanda Ngozi Adichie). Two of my male friends walked toward me. While still searching through my bag, I heard “J” say, “So Rash, you are one of them.”

With a puzzled facial expression, I replied, “One of what?”

He said, “You are a feminist.”

He explained why he does not like feminists: they are disrespectful and only favor themselves. He paused and said, “You know Chimamanda is married and very respectful to her husband, so do not let whatever she says deceive you.”

I asked him, “What does feminism mean to you? What lens do you see feminism through or what is your premise?”

Then J2, my other friend, added, “Rash, you are the only feminist I have seen who is not bitter.” I gave this sarcastic laugh, said, “Is that meant to make me feel better?”

We live in a diaspora where we yearn for change, but what exactly does change mean to you? We fight against racism, for equal rights among white and black individuals. However, when it comes to fighting for women’s rights, we cling to the word tradition or culture. As a third world woman, I am either fighting racism or gender inequality. One is always in combat.

Social oppression according to Crossman (2018) is the “relationship between two categories of people in which one group benefits from the other through systematic abuse or exploitation.” If you believe in racism, why do you not believe that women are being oppressed? Women are told how to act, what to wear, when and how not to get angry, all in the name of attracting a man or looking right for the big promotion she wants in the office.

The lens I see feminism through is equal rights for men and women through political, economic and social norms. For example, in the workforce, men and women should be judged on their skills and abilities to carry out a task, not through gender.

When a woman does not behave in the traditional way the society expects of women, the woman’s femininity is immediately questioned. There are unspoken norms with which the society expects a woman should think, act or behave. We say we hate stereotypes, but we immediately change professions to being a judge when people deviate from the box we put them. There are standards imposed on women that are not reasonable.

I once had a discussion with an ex-friend. We both were discussing women and respectability. I quote him: “You know, Rash, you cannot have too much ambition, because men do not date people like that and society doed not respect women that are not married (now you know why he became an ex-friend).” I thought to myself: “The woman the society calls the ideal woman still faces oppression.” Anyway, this essay is not about negotiating respectability politics — because respectability politics do not take into consideration the oppression the oppressed face.

“A” once told me he does not believe women in this century still face oppression because he often sees women being favored over him. I must admit, as a person of color and a woman, I do have some privileges, and I am thankful, not apologetic, for them. I grew up in an upper-middle-class family, was raised with love, my undergraduate and graduate program were funded. This is a privilege. Sometimes, I encounter people giving up their seat on the train or giving up their space in line for me. However, most days my privileges have not saved me; some days I am not sure which is more painful, being a female or a person of color.

It is sad that we still live in a world where Fumilayo Ransome-Kuti and Winnie Mandela have fought, where Serena Williams has smashed, where Miriam Makeba has sung, where Wu Yi has led, where Maya Angelou has written, where Mosunmola Abudu has created, where Kolinda Grabar-Kitarovic has spoken, and is still necessary for women to negotiate and argue how we want to be treated equally without getting judged by society.

How dare I tell women how to battle or choose the ground they must battle their oppression? I do agree that the word feminist is greatly flawed. I am not forcing or saying it is your responsibility to embrace the movement. However, it is my responsibility to speak up for women. Remember your “silence will not protect you, and silent is a form of consent, telling the oppressor to continue.”

My name is Rashidat.
I was born black.
I was born female.
And I am a feminist.
To not see my gender and color is to not see me.
I do not believe there is a hierarchy of oppressions.
#WeShouldAllBeFeminists.