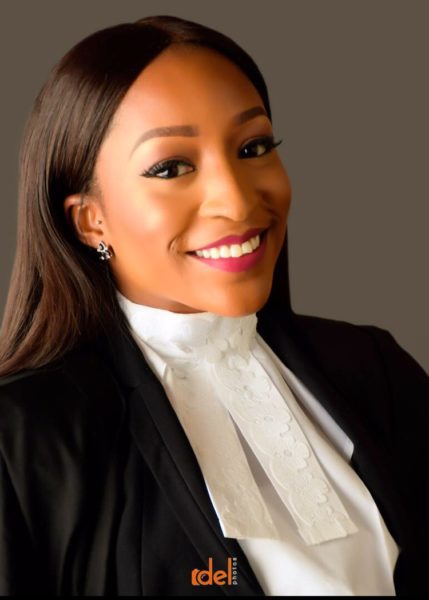 It is no secret that we live in a world where women are marginalized for simply being, a world where there is such glaring gender-imbalance. In recent times, being a woman or feminist is somewhat “trendy.” However, the struggles that women are faced with are more than a trend and more than a hashtag. This is real life.

International Women’s Day is celebrated annually on March 8. While it is a day to honor women and their corporate, social, economic and political achievements, it is also day for gender sensitization by shedding light on the roadblocks to equality that women face. The theme this year is #BalanceForBetter.

The word balance means “An even distribution of weight enabling someone or something to remain upright and steady.” My take is this: when there is gender equality and inclusiveness, we get better results in all aspects of life. Admittedly, we have come a long way from the women before us, but we are not quite there yet.

You may or may not be shocked to know that out of the thirty people who were conferred with the rank of Senior Advocate of Nigeria in September 2018, only one of them was female. Shout out to Professor Oluyemisi Bamgbose. The same thing occurred in 2017, when Oluwatosin Bashorun was the only woman approved for the legal honor. Generally, only about 4.2% of senior advocates are female, and I argue that there are more female lawyers than male. The naysayers are for sure going argue that women do not do as much as men in legal practice and therefore are not deserving, this is a gross misconception and an attempt to further box us in. To the naysayers, check out the results of the 2018 bar final exams and get to know what women are really about.

Now when it comes to politics, for the longest time, I was convinced that politics was not a woman’s game. I remember seeing only men on TV being applauded and in positions of power. This is proof that representation matters. As a young girl I found this habit strange and expressed that I would like to be the governor of Anambra State someday, just so a lady would be governor for a change. The responses I got were everything but encouraging: “Politics is too dangerous for a woman to handle.” “If you do not marry an Anambra man you will be from a different state and so you can’t run.” “You will be the governor of the state your husband is from.” I’m not sure I still want to be governor, but some encouragement would have been nice at the time. I am sure loads of women have similar stories of being told that because of our gender there are certain dreams that we cannot attain.

It is my hope that in due time it will no longer be a man’s world, rather an inclusive world where more women become the CEOs their parents pressured them to marry, and that there are more seats for us all at the table at all levels.

We can only achieve this by collectively taking action and sharing the responsibility of pushing the agenda of a gender-balanced and gender-inclusive world. This balance can be demonstrated by an increase in the number of women in leadership roles, in government, and generally seeing women as more than nurturers and tools for pleasure, by realising that women are much more than their looks, by respecting an unmarried woman just as much as one that is married, by taking our opinions seriously, by not bullying us into silence, by hearing us.

“Gender equality is more than a goal in itself. It is a precondition for meeting the challenge of reducing poverty, promoting sustainable development and building good governance.” – Kofi Annan

A quote by Alice Walker comes to mind: “One child must never be set above the other, even in casual conversation, not to mention speeches that govern the globe.”

This is a call to men and women alike to align agendas with compassion in order to empower everyone, so that there can be diversity in decision making which will subsequently create sustainable societies.

My name is Sommie Maduagwu and I am not your regular legal practitioner. I am a girly girl, who loves romantic comedies and 90’s RnB. I am a lover of fashion, makeup and entertainment. My style icon and favourite celebrity of all time is Kim Kardashian West and I always make a lasting impression when I walk in the room. The link to my blog is : herlegalopinion.wordpress.com