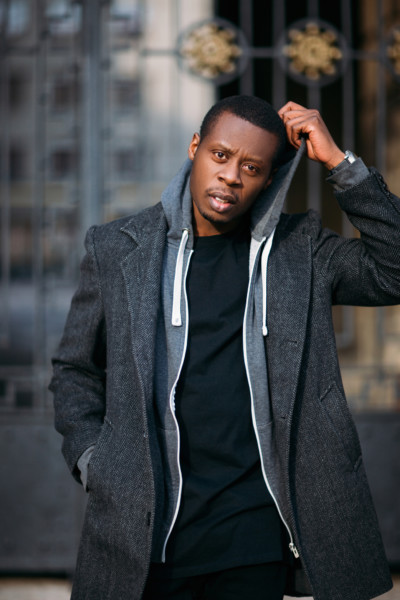 Nigeria is hot most of the time. Then she gets cold, but only for a few days during the rainy season. Later, in November, the harsh harmattan settles in the air, and it’s dry and cold, and we can’t figure that out because we are still hot.

But that’s not all. In the commercial hub of the country—Lagos—lies the nastiest traffic you’ll ever see. It’s there every single day and is many times caused by the most trivial things. Drivers and passengers sit in their vehicles, heads resting on their palms, lost in thought.

In the North-East, security and safety have become a mirage as local terror groups have taken away everyone’s peace of mind. Borno has barely regained herself from the aftermath of the Boko-Haram insurgency. The Fulani Herdsmen have taken to rampaging and the destruction of livestock and farmlands belonging to the North Central people in Benue State and elsewhere.

In 2016, the National Bureau of Statistics (NBS) declared that the Nigerian economy was in a recession. It was not until the second quarter of 2017 that the NBS announced we had come out of the recession. But not without dire consequences; before we got out of the recession, our currency had fallen way down against the dollar in the international markets. This sparked severe hikes on the prices of imported goods.

Shortly after we got out of the recession, in June 2018, American research group Brookings Institution claimed Nigeria had overtaken India as the world poverty capital, citing that “extreme poverty in Nigeria is growing by six people every minute.” The research also added that Nigeria now has “about 87 million people in extreme poverty.”

In the South-South of Nigeria, Bayelsa struggles to get on her feet, after being brought to its knees by the floods in October last year. Businesses were shut down, schools where placed on indefinite holidays, the entire city was made to stay at home.

Unemployment waxes on, as more Nigerian graduates find it hard to either find good jobs or jobs that will pay them up to the minimum wage. Public universities went on a strike in 2018 that lasted into 2019. “Let’s be honest, you can’t make it with one hustle in this country,” radio presenter and entrepreneur Gbemi Olateru-Olagbegi said in an interview. “The hustle is real,” upcoming local rapper Katch said to me via WhatsApp.

When Chinko Ekun released his hit song Able God in 2019, with a chorus that repeats “No more insufficient funds,” it appealed to Nigerians easily. We understood it, got it, knew exactly what he was talking about. Because “insufficient funds” has become to many a daily reality. A reason for delayed rents, for delayed payments of children’s school fees, for delayed meals and the disappearance of butter from our bread. We couldn’t afford anything.

During the recently concluded elections Nigerians were genuinely scared for the future of the country. Many had already lost hope in the elections. The belief was that the system was too corrupt for anything free and fair to come out of it. Politicians were not trusted and neither was the Independent National Electoral Commission (INEC). Remember the political rally in Kebbi when the stage collapsed and everyone sank into the floor, remember how glad people were.

Nigerians are tired of the economic decline in the country. Many are gradually losing hope, and some are losing their minds (try driving in Lagos). The saying “the Nigerian dream is leaving Nigeria” has crept into our consciousness and very quickly become our reality. Where is hope? Who can fix our situation? It will take the gods to save us all, but by then, who knows if anybody would still remain in this country that was once “the Giant of Africa.”

Hope is a commodity too expensive for many Nigerians to buy. The days of having a degree abroad and returning to Nigeria to work are long over. People are looking for any means to leave the country, with the hope of a better life elsewhere. No thanks to the fall of the naira, air tickets have become very expensive, making it difficult to leave. Properties are being sold for this cause; doctors, lawyers, actors, journalists, bankers are resigning their jobs to flee Nigeria.