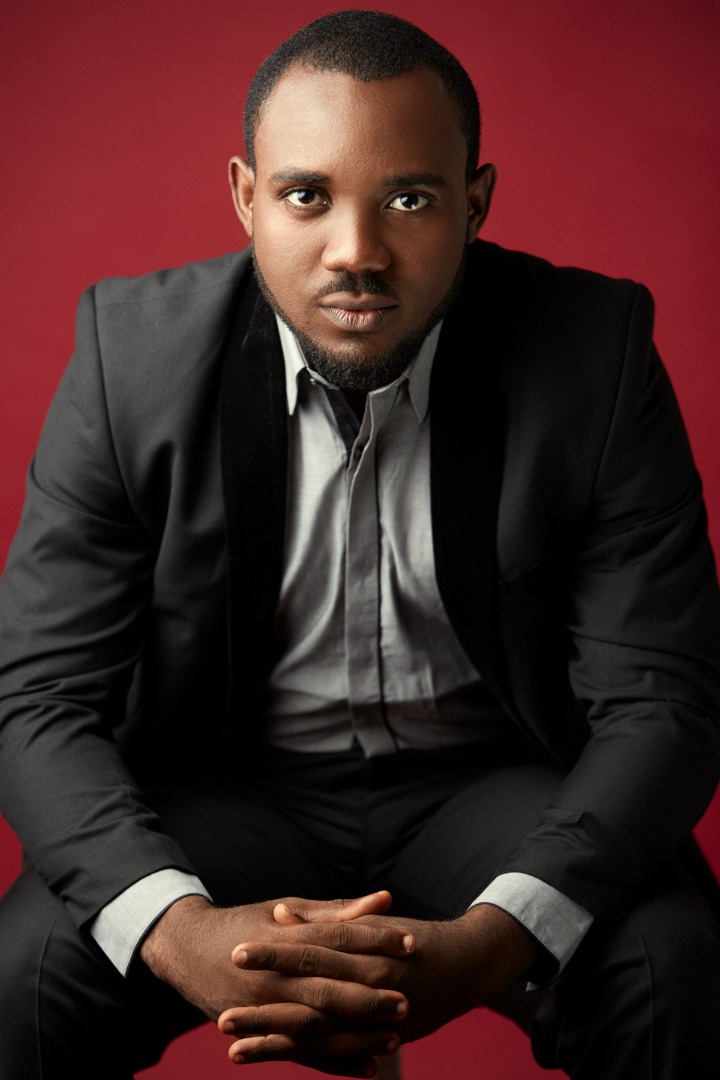 I got the now-invalid yellow card 3 years ago at the MMIA station of Port Health Services, a department in the Federal Ministry of Health. It was pretty easy. I got there around 7 or 7.30am and waited till like 9.30 before they started attending to people.

In one hour, I was vaccinated and given the card, supposed to be valid for 10 years.

I just got information January this year, that by April 1, that the now former yellow card which is not the new e-yellow card will be invalid. Apparently, the ministry started issuing the e-yellow cards in August 2018.

Someone wrote that she only had her first yellow card for 2 weeks before the Federal government rendered it invalid in 2012. She did the now-invalid one thereafter. Now, she has to do it again. 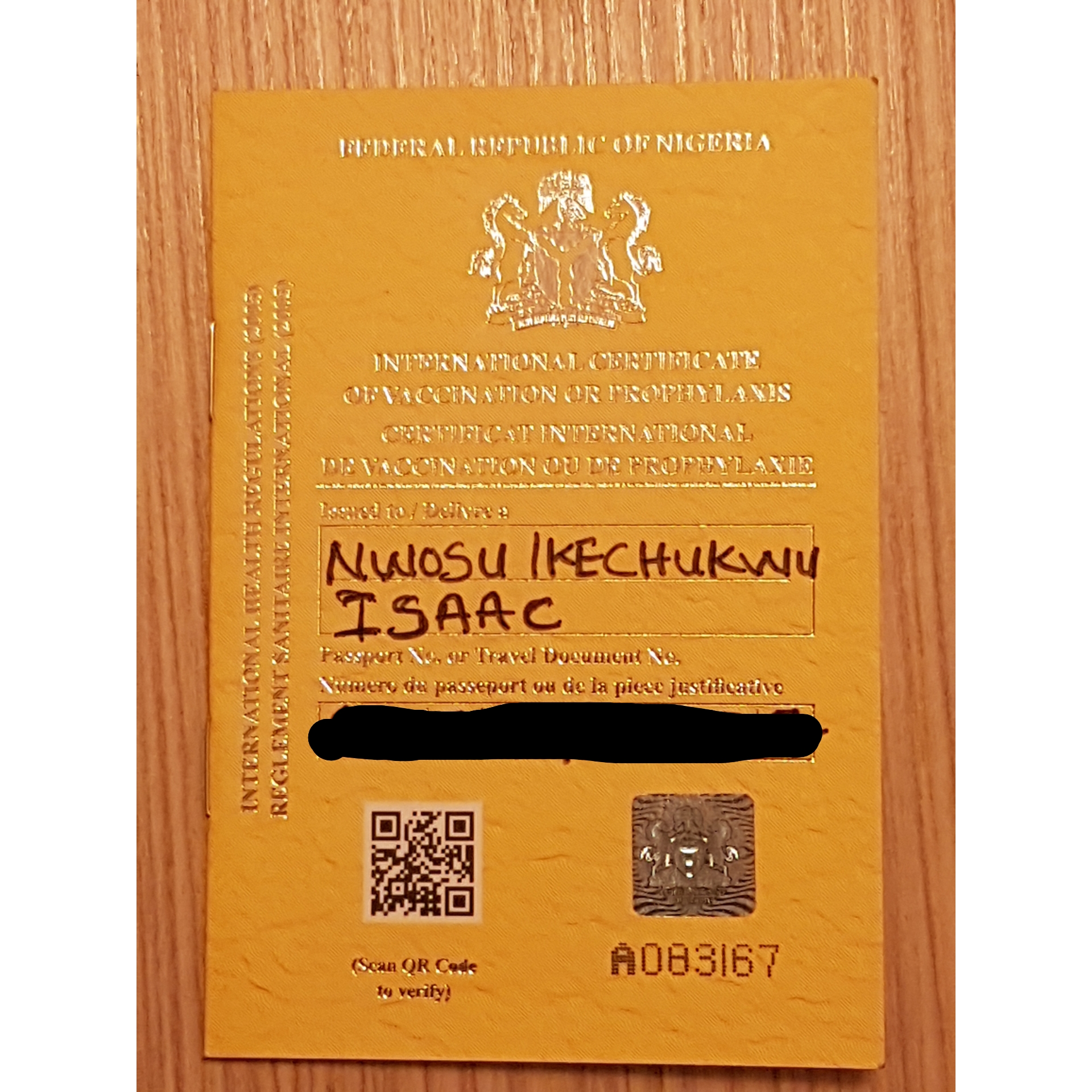 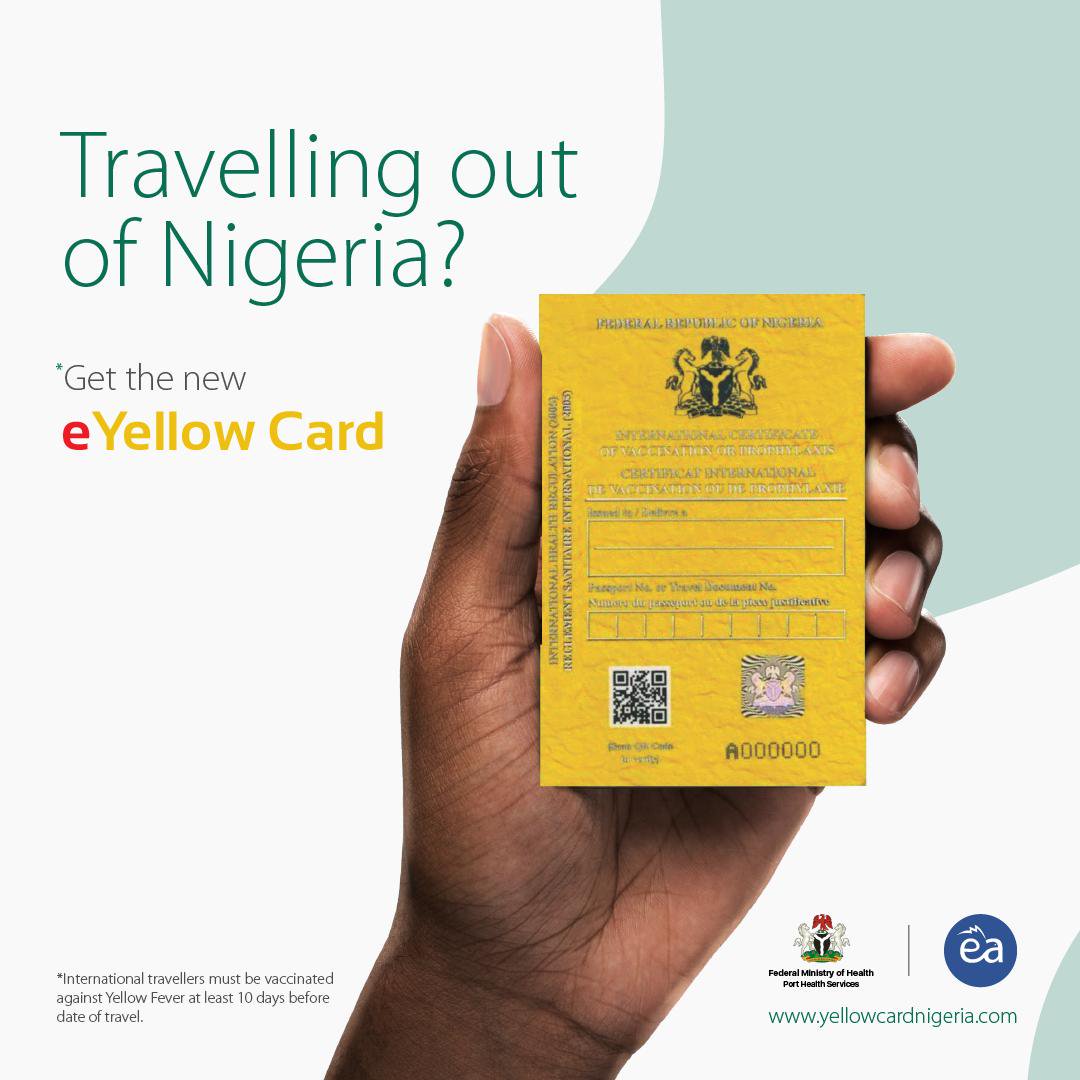 Looking at the ease (this is very relative) at which I got the first one, I believed this one would be the same. Wrong thought.

I was telling my friends that I was in a hurry as I wanted to get there before 12 noon because I know civil servants to stop working from that time. You’ll know this if you attended a government owned school or know someone who works in a government institution. Nigerian government I mean.

News flash! We were all wrong boo.

I got there few minutes to 11 am and there were people in twos, threes and those standing alone, speaking to their phones. I walked into the building (I know what I’m here for and I know where I’m going to. Haha).

About 30 to 40 people were in the building, on a queue. I asked the mandatory “who’s the last person?” question required for Nigerian queues and the man I directed the question at told me he just got there.

I walked straight to the end of the queue and stood. Then that man followed me, but decided to stand in front of me (after I show am road oh). I allowed him. He’s just one person, I said. This should be fast, since I’ve already been vaccinated. What I need is just some administrative work, transferring my details to the new card.

I didn’t see any officer to ask what their process is like because I believe people like me, with old cards, should not be on the same queue with people who have come to be vaccinated for the first time.

I asked my fellow queue members and they pointed me to a desk at the other side of the room. I couldn’t see it from where I was standing, but I went in that direction and saw two men and a woman. I told them why I was there and they asked if I had paid, asked for my passport bio data page and their photocopies. I had those documents. I felt I was on to something good. Maybe I’ll leave here in less than 30 minutes. For where!

Now before this, a woman had been shouting on top of her voice, telling people to go out because they’ve stopped attending to people. At first, I thought she was joking. She just wanted to get everyone out because the room was becoming crowded. Or she meant people who came for vaccination.

She was serious man. She meant everyone should go out.

The guy at the desk told me to “come back tomorrow…. by 6 or 7am.” “They’ve stopped attending to people. You need to come early tomorrow”.

Now the woman’s voice is even louder. She sounded angrier. People were trying to ask her some questions but she was like “go out first. I’ll answer you after everyone is out”.

I can see her now. She’s light skinned, plus size and had red lipstick on. She’s wearing a floral blouse, I think, and black pants.

One guy walked up to me, and was like: “I dey inside there, woman dey tell man say She go slap am. Woman oh.”

I kept a straight face. I didn’t have the energy for any form of non e-yellow card producing discussion.

Well, the woman was serious and was now pushing people out. Not like forceful push sha. More like touching people to move.

We were all moving out now. But I quickly saw one woman who looked like a staff and told her that I wasn’t there for vaccination. I just wanted to get the new card since mine is no longer valid.

Beg? Beg? At 11am?! This is a new low, Nigeria. We’ve been crushed by the bar of professional service.

We all went out. Then the woman said “now I can answer your questions”.

Some people mentioned they came for collection. She allowed them in. Apparently, they had submitted their documents or got vaccinated the previous day or early that day which I doubt, because one man said he’s been there since 7am. He had nothing to show for it.

She told everyone else to go. Although one man who came later, said people who were travelling that day would be given preferential treatment. I think I saw them allow one or two people in. People who were awaiting collection were also allowed in. As we stood outside, people who had just been vaccinated came out – to wait for collection or come back the next day as the officers feel appropriate.

Then the woman said they’re no longer attending to people. It’s still not 11.30am oh. She said we should come back tomorrow. Or if we really want it we should “go to Seme Border… Or Idiroko… Or Tincan Port… Or Apapa Port.” “We are there,” she adds.

I heard Tincan and Apapa and I “insert shock emoji”. Apapa is just at my backyard! I wanted to ask her about it but people kept talking over themselves and over her.

I seized the opportunity to ask the man who came later so I verify the Apapa statement. He said Port Health Services is there. One staff mentioned “you can even go to Ibadan and do it.”

I left the place, thinking of my next line of action. What if Apapa people close at 11am too? I didn’t know one could get it there, even. Well, it just didn’t occur to me because it’s a port and that should be possible.

I called two friends who work at the Port just to verify. Couldn’t connect.

I decided to use the internet. Still nothing. But I stumbled on the Federal Ministry of Health website. Why did I not think of this before?

I followed the website and got to Port Health Services department and found a document with all the information on yellow fever vaccination centres. Boom! Apapa and Tincan Ports, Idiroko and MMIA were there for Lagos.

Another good news? They all had phone numbers we can contact. I tried my luck calling the number beside Apapa Port and it went through. The man in the other end told me I could get my e-yellow card that day.

Sharp sharp! I moved. I had a bit of trouble locating the place inside the Port but I found the place after trekking for about half a kilometre. The woman in the office told me to make another set of photocopies. I had one set. She said I needed two. I did and submitted. Then the next thing destroyed my heart.

“Ah” was my initial response. “When can I get it?”

“Come on Thursday,” she said. “No network,” she added.

Why do Nigerian government agencies have this problem or that of “server is down”? I’ve been trying to get my driver’s license for 6 months now. Server is down has been the ringtone.

“But I called Mr. Olokodana and he said I could get it today,” I told her.

The woman went on to arrange my documents, saying “ehn, you can go and meet him (Mr Olokodana). Let me direct you.”

I thought she felt I was namedropping so she wants to “show me pepper”.

“Ehn, that’s why I want to direct you to him. We don’t have network,” she chipped in.

She directed me to Control Tower in a place called Bakassi in the Port.

I walked for sometime, then was later advised to take bike. I eventually found one who took me there.

“I want to get the new yellow card,” I told the man I met there. Of course after the very respectful “Good afternoon sir”. It was 2.30pm now I think.

The man directed me to another office. I greeted the men there and told them why I was there as one of them was walking out. His uniform was like that of Immigration and he was wearing slippers.

The man walking out told me to go to ABTL (I reckon that’s where I was coming from) and I told him they directed me there.

He then made the “Why have you come to stress my life ‘ooohoooo’ sound”.

I looked away. He subsequently asked for my documents. I gave him everything. I was lucky I had gone to the first place and made the second set of photocopies.

What if the documents weren’t complete? And he told me to “come back tomorrow” because of that?

He asks me to wait outside. I waited for like 30 minutes or maybe less. I was dozing and coming back to reality through the heat. I nearly asked the guys to allow me sit under their tap and take my body away from hell.

“Mr. Nwosu!” The same man yelled. I stood up and walked to him. He told me my card was ready and I should check if everything was complete. They were. I said “thank you” and as I turned to leave the office after collecting my card, the man said “you suppose buy us beer oh”.

I pretended not to hear anything and left.

I came out of the building and there was no bike to take me back to the place I was coming from. I trekked for another 30 minutes under this sun that is angry with everyone.

Nigeria will not kill me.

The new card is for life, though. Let’s see how that goes.

Stand To End Rape: I Ask – Consent 101 for Social Media